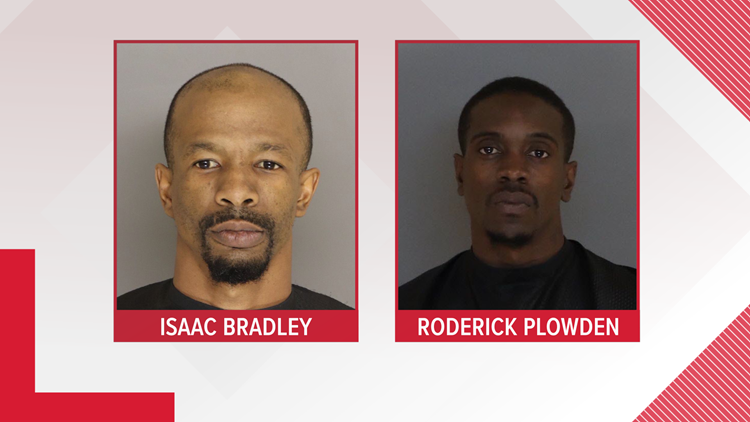 SUMTER, S.C. — Two men have been arrested in connection to a drug bust in Sumter County.

According to a release, investigators with the Sumter County Sheriff's Office seized marijuana, cocaine and multiple firearms while executing a search warrant at a residence after an attempted traffic stop on Monday, March 23, 2020.

A deputy attempted to stop a tan Impala after he observed the vehicle speeding on Camden Highway near Georgia Street, according to the report.

After evading the deputy, Bradley then led the deputy on a short foot chase before another deputy saw him enter a house.

More units arrived and ordered people to leave the house, according to the report.

Bradley and Roderick Plowden, 31, exited the residence. Plowden is charged with possession with intent to distribute marijuana, third offense; possession of a weapon during a violent crime; and trafficking cocaine, third offense.

Investigators obtained a search warrant for the residence after firearms and narcotics were seen in plain view while conducting a protective sweep after the two men exited, according to the report.

Bradley and Plowden were both transported to Sumter County Sheriff’s Office Detention Center.