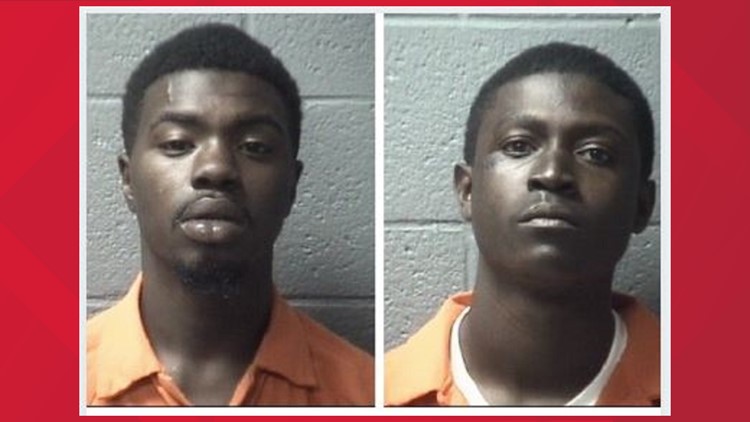 Photo by: Orangeburg Sheriff Department
Raynard Gardner, Jr., 21, and Daniel Bell, 24, both of Holly Hill, have been charged with murder in connection with Monday’s fatal shooting incident.

ORANGEBURG COUNTY, S.C. — Two men have been charged in a fatal shooting that happened just outside of Holly Hill on Monday.

Raynard Gardner, Jr., 21, and Daniel Bell, 24, both of Holly Hill, have been charged with murder in connection with the fatal shooting.

“There’s no money in the world worth someone’s life,” Maj. Rene Williams said. “But these two apparently felt this man wasn’t important. We’ve got a different idea for them about what’s important.”

When investigators arrived, they say they found an unresponsive 18-year-old male inside a vehicle parked in the road near Rush and Barnes Streets.

Deputies believe the duo ambushed the victim a few blocks away to rob him and the victim was able to drive his vehicle after the fatal shooting.