Operation Relentless Guardian led to the arrest of both a Richland County deputy and a former SCDOT commissioner. 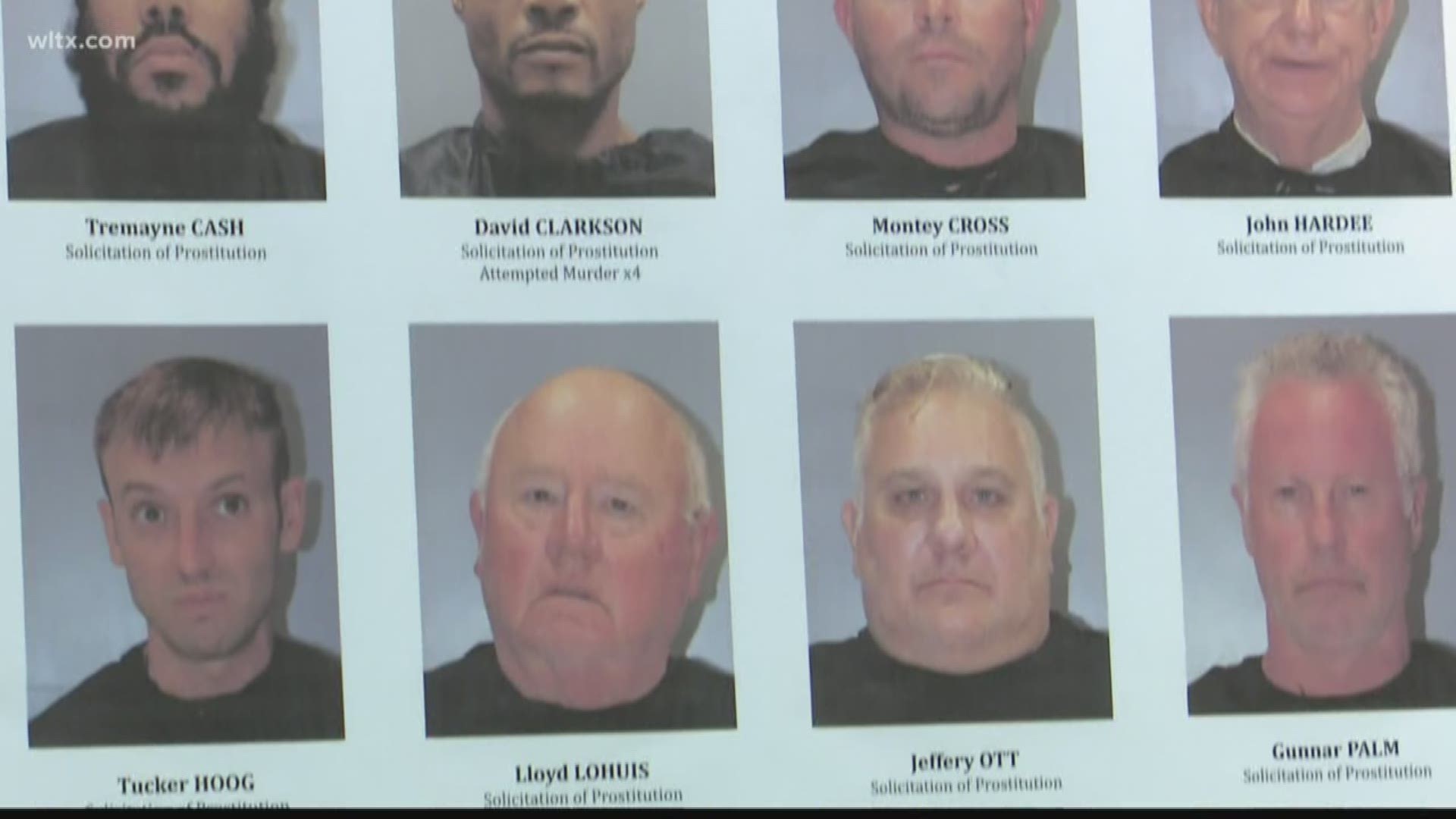 Lott unveiled the results Tuesday of what investigators called Operation Relentless Guardian, a five-day crackdown.  "We've got monsters who live that live in our community," Lott said about the actions of the men.

The Operation targeted two groups of people. One part of the Operation went after men trying to have sex with what they thought was an underage girl. The other was men involved in soliciting prostitution. Among those arrested included one of Lott's own deputies and a former SC Department of Transportation Commissioner.

Fourteen of the people caught up in the arrest were what Lott called "travelers," men who were willing to travel to have sex with a 13 to 15-year-old girl (It was actually an undercover officer.)

Lott said some of the travelers came from other states, including Georgia and Florida, and one suspect drove seven hours to meet what he thought was a girl. The men sent nude pictures and communicated in chat groups, and tried to convince the "girl" to have sex.

The other group was men who were soliciting prostitutes, which Lott and Attorney General Alan Wilson said promoted sex trafficking.

"When you travel and engage in prostitution, you're creating the market that human trafficking thrives in. And this is something that we have got to attack. It's a supply and demand issue," Wilson said at the press conference.

But the effort against child predators also nabbed one of Lott's own: 34-year-old Derek Vandenham. Lott said Vandenham was actually on duty as a deputy for the department when he attempted to communicate with what he though was a 15-year-old girl.

"I will tell you he will be prosecuted to the fullest extent. There's not going to be any plea agreements or anything with that. We've already notified the South Carolina criminal justice academy to make sure he's not certified in this state as a police officer. He shouldn't be a cop anywhere, not just in this state, but anywhere," Lott said about the deputy.

Another 14 suspects were involved in solicitation of prostitution, or what Lott called the promotion of human sex trafficking. Once again, according to Lott, the suspects communicated in chat rooms, social media, and other websites looking for sex, this time with an adult female. Included in the group was an American Airlines pilot who was due to fly out the next day.

But perhaps the most well-known name is 72-year-old John Hardee, a former SCDOT commissioner who has part of a road named after him near the Columbia Metropolitan Airport.

Just last week, Hardee was sentenced to 45 days of home confinement and 18 months of probation for telling someone to destroy emails before the FBI could read them in an obstruction case that's unrelated to the new arrest.

The sheriff said while officers will target these criminals, he needs parents to help.

"Parents you have to know what your children are doing. That computer, that phone that they have is not a distraction. You have to be a parent, you have to monitor what they're doing."

"Every day these monsters are reaching out to our young kids, particularly young females, and sometimes it doesn't turn out well."