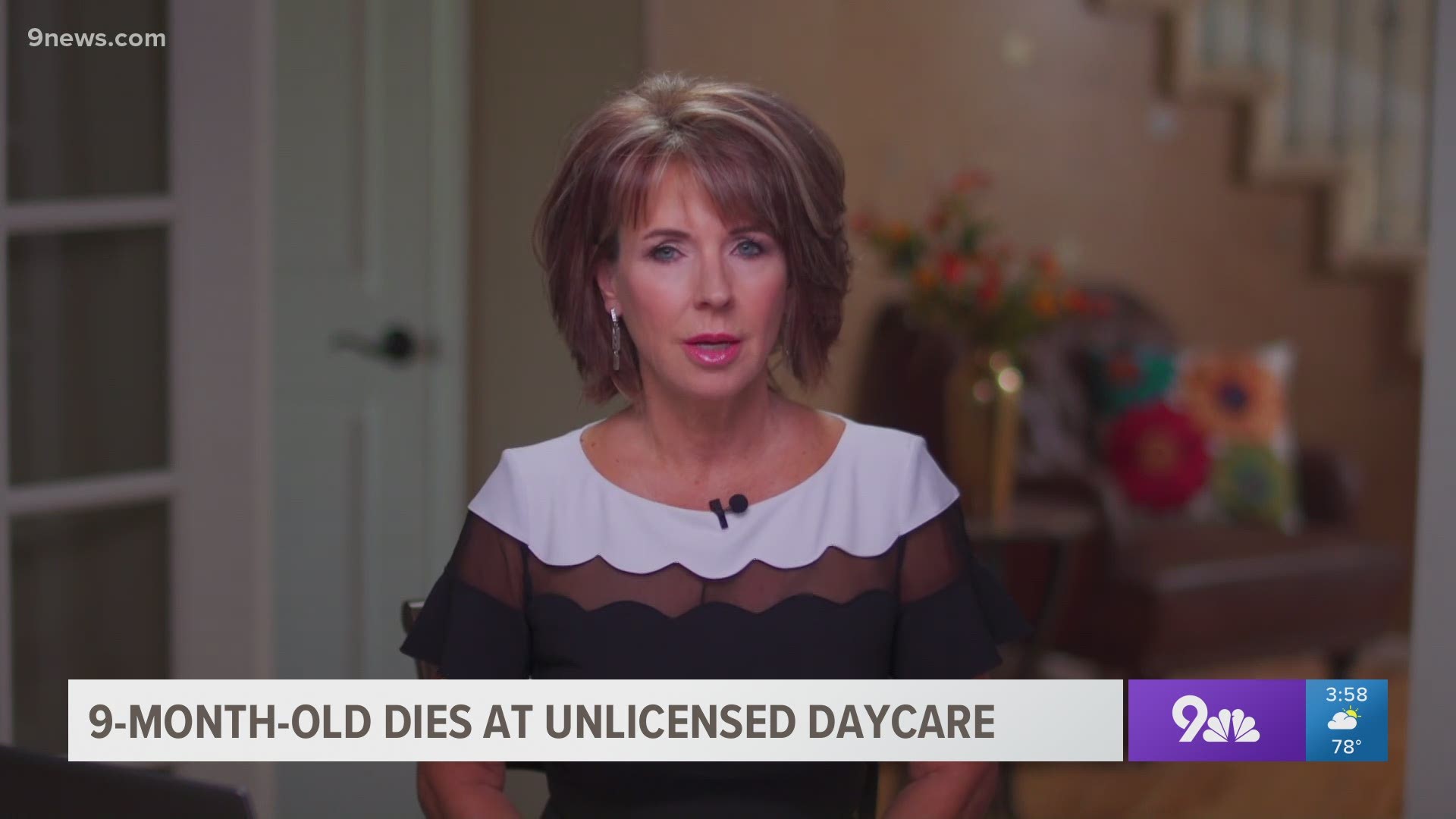 Amanda Anderson, 34, was arrested Tuesday in connection with the Aug. 26 death of an infant following an incident in her home. She faces a charge of child abuse resulting in death, a class 2 felony, the Douglas County Sheriff's Office (DCSO) said.

DCSO said the 3-month-old was under the care and supervision of Anderson, and that an investigation revealed she had been issued five cease-and-desist orders for providing unlicensed childcare through the Colorado Department of Human Services prior to this date and two additional cease and desist orders since.

The affidavit says Anderson called 911 after she found the infant unresponsive while taking a nap in the master bedroom of the home. When South Metro Fire Authority arrived, the lead medic said Anderson ran out of the house screaming while carrying the infant. Medics continued CPR – Anderson had started CPR in the home – then transported the infant to Sky Ridge Medical Center where the infant was pronounced deceased.

When deputies arrived after the infant was transported, Anderson was outside the home and would not allow deputies inside, the affidavit says. She told deputies she did babysitting "on the side" and was watching 12 children including her own.

An investigation revealed, however, Anderson had 17 children in the home:

After deputies obtained a search warrant and entered the home, they found supplements for adults reachable by the children, no locks on cabinets that contained cleaning products and other hazards typically found in a home.

The investigation also raised questions about a "DockATot" – a sleeping mat with cushions to prevent a baby from rolling over – which Anderson had not mentioned the infant had been sleeping on during the nap, but later said the infant was using. The "DockATot," however, was found in a closet and possibly moved again, the affidavit says.

The affidavit says Anderson told many parents the infant died of SIDS and was ready to reopen her day care – the cause of death has not yet been released.

Detectives found that on two days in early September, after the death of the infant, Anderson had children in her care again, the affidavit says.

In interviews with parents who sent their kids to Anderson, all of them told deputies they knew Anderson was unlicensed and they were satisfied with the care she provided, the affidavit says. Most parents believed their children slept in pack-n-plays and all parents believed a fraction of the number of children were in her care, between six and eight children at a time.

The affidavit says one parent told deputies Anderson had told them she did not want to license her day care because she would "have to pick up items around the house such as shampoo, conditioner and other household items."

Two people are listed in the heavily redacted affidavit as paying a total of $420 per week to Anderson for two children. It's unclear, however, if that amount is for both children and if those children are related. The amount includes meals, the affidavit says, but the parents were not impressed with the food, calling it cheap and unhealthy.

While the infant has been identified, the coroner's office is not releasing the name at this time. An autopsy was completed, but the coroner did not indicate how the child died and said the report would be available once the investigation is complete.

Anderson was taken into custody Tuesday without incident and booked into the Douglas County Detention Facility. She is being held on a $50,000 bond.

RELATED: Adams County deputy arrested in connection with abuse of his infant