Hot and humid with a few storms possible

Each day there will be a chance for some rain across the Midlands. 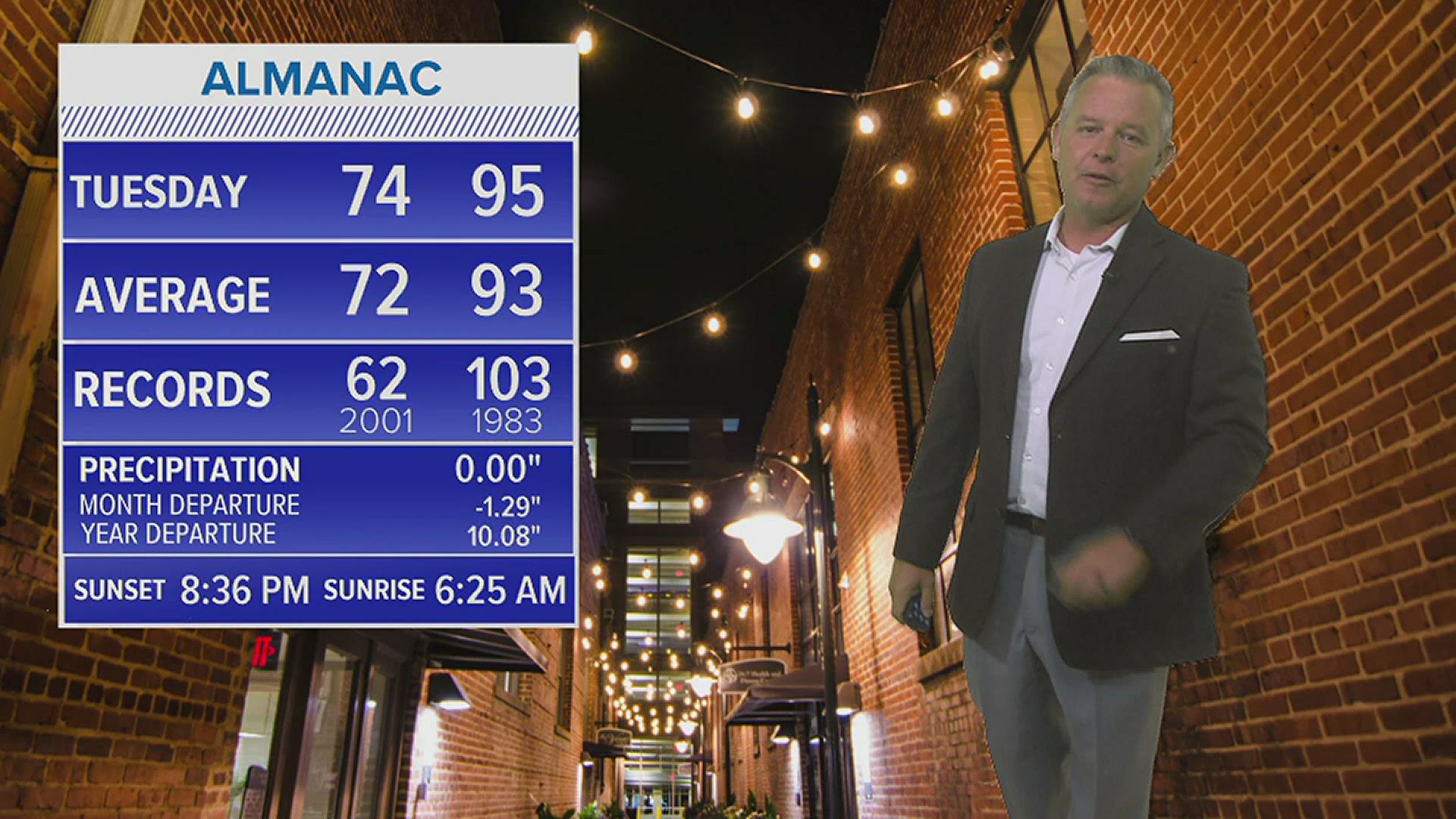 COLUMBIA, S.C. — It will continue to be hot and humid this week. Each day there will be a small chance of an isolated shower or thunderstorm during the heat of the day.

There were a few showers and storms Tuesday, but most of the Midlands missed out on the rain. The shower activity was very isolated.

It was another hot day. Temperatures climbed into the lower to middle 90s. If you add in the humidity, it felt even hotter at times Tuesday afternoon. Heat index values hit the century mark for many locations.

Partly cloudy skies will give way to mostly clear skies by Wednesday morning. It will be a warm and muggy start to the day. Lows will fall into the lower to middle 70s.

Wednesday afternoon will be hot and humid once again. Highs will top out in the middle 90s, but with the humidity it will feel like the lower 100s at times.

A pop-up shower or thunderstorm will be possible during the afternoon hours, but any rain will be isolated.

This very typical weather pattern will likely stick around through at least Friday. Highs will be in the middle 90s with a small chance for rain.

The rain chances may go up slightly over the weekend. A few afternoon storms will be possible both Saturday and Sunday.

High temperatures over the weekend will be in the lower to middle 90s.

Scattered showers and storms are expected Monday and Tuesday. Temperatures will be near normal, topping out in the lower 90s.

Even though we have now had six named storms in the Atlantic, the tropics are quiet as of right now.

No tropical activity is expected in the Atlantic over the next five days.