The partnership between the veteran cop and the child who wants to be one started a few months back during the officer's patrol downtown. 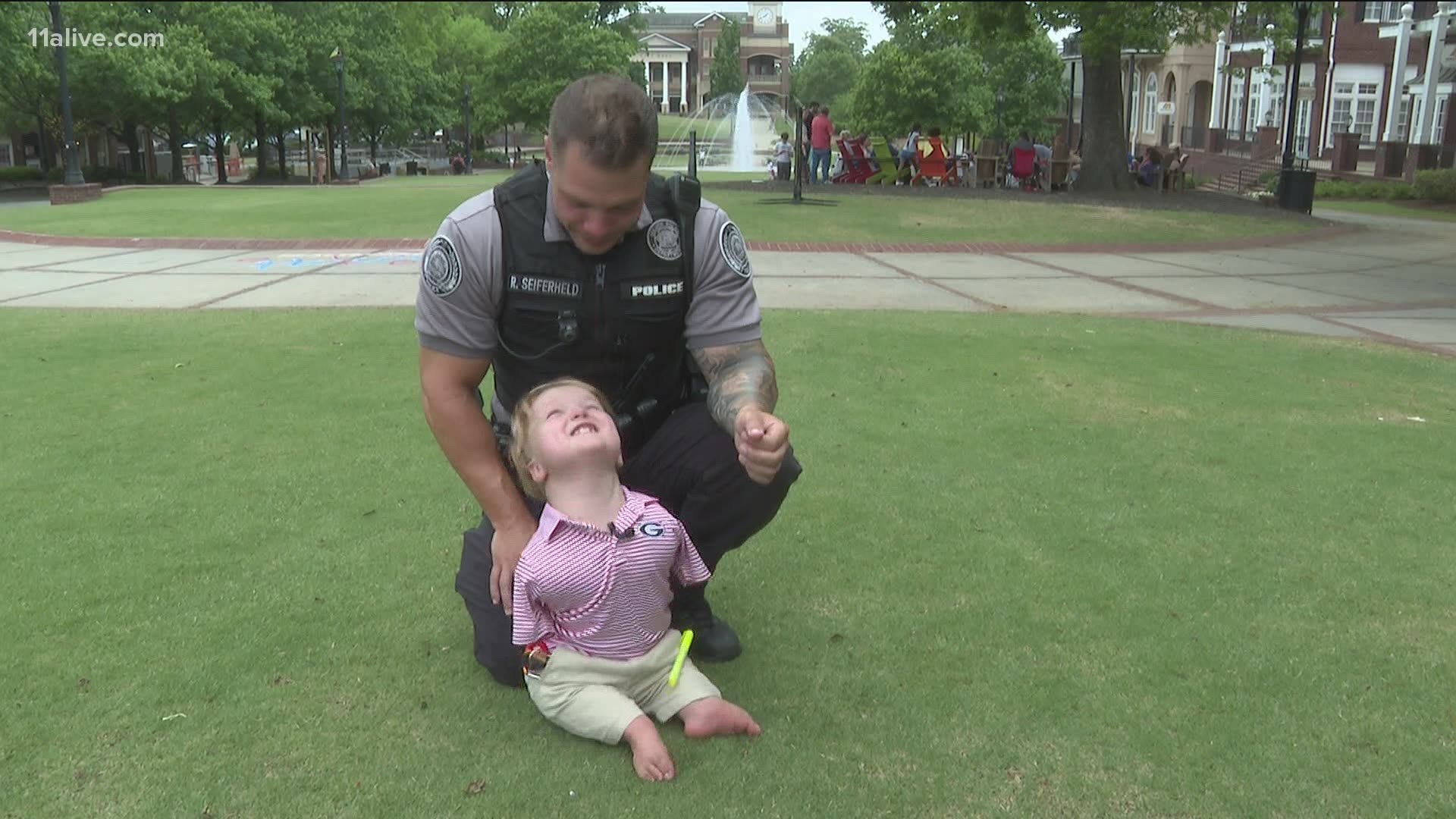 DULUTH, Ga. — A Duluth officer said he's lucky a 6-year-old has his back. The partnership between veteran Officer Rolf Seiferheld and little Harrison Humphries, who wants to be a cop, started a few months back during the officer's patrol downtown.

"How many years have you been at the police station," the 6-year-old asked Seiferheld.

The two help each other out. Humphries makes sure Seiferheld keeps his equipment straight. And the officer makes sure Harrison gets his shoes on.

Harrison also won't let anyone sneak up on his partner.

"She's behind you," Harrison warned, as 11Alive's Kaitlyn Ross had her camera angled over Seiferheld's shoulder.

To hear Harrison tell it, that's what they are: partners. He is eager to learn how to be a good investigator. He also knows exactly why he wants to be a police officer.

"Help people get better," he said.

It's pretty much the same reason Seiferheld wanted to be a police officer, too.

"Be kind, and treat people how you want to be treated. Show them the respect they deserve," Seiferheld said about his policing philosophy.

"Not many people will take the time or sometimes they're scared," she said.

She said Seiferheld treats Harrison just like any other kid who wants to be a police officer.

Turns out, Harrison can do everything. He uses his feet the same way other people use their hands.

"So he brushes his teeth, his hair, tries to get himself dressed," she said.

"He wants to be a detective, or the head police in charge."

With Seiferheld as his mentor, Tara has no doubt Harrison can be.

"I think this is a relationship that can continue to grow, a partnership, which is what a community should be," she said.

The two will keep working side by side, grateful to be together.

Harrison said the best part of his week is every Friday night when he gets to see Seiferheld downtown on patrol. The officer said that's the highlight of his week, too.