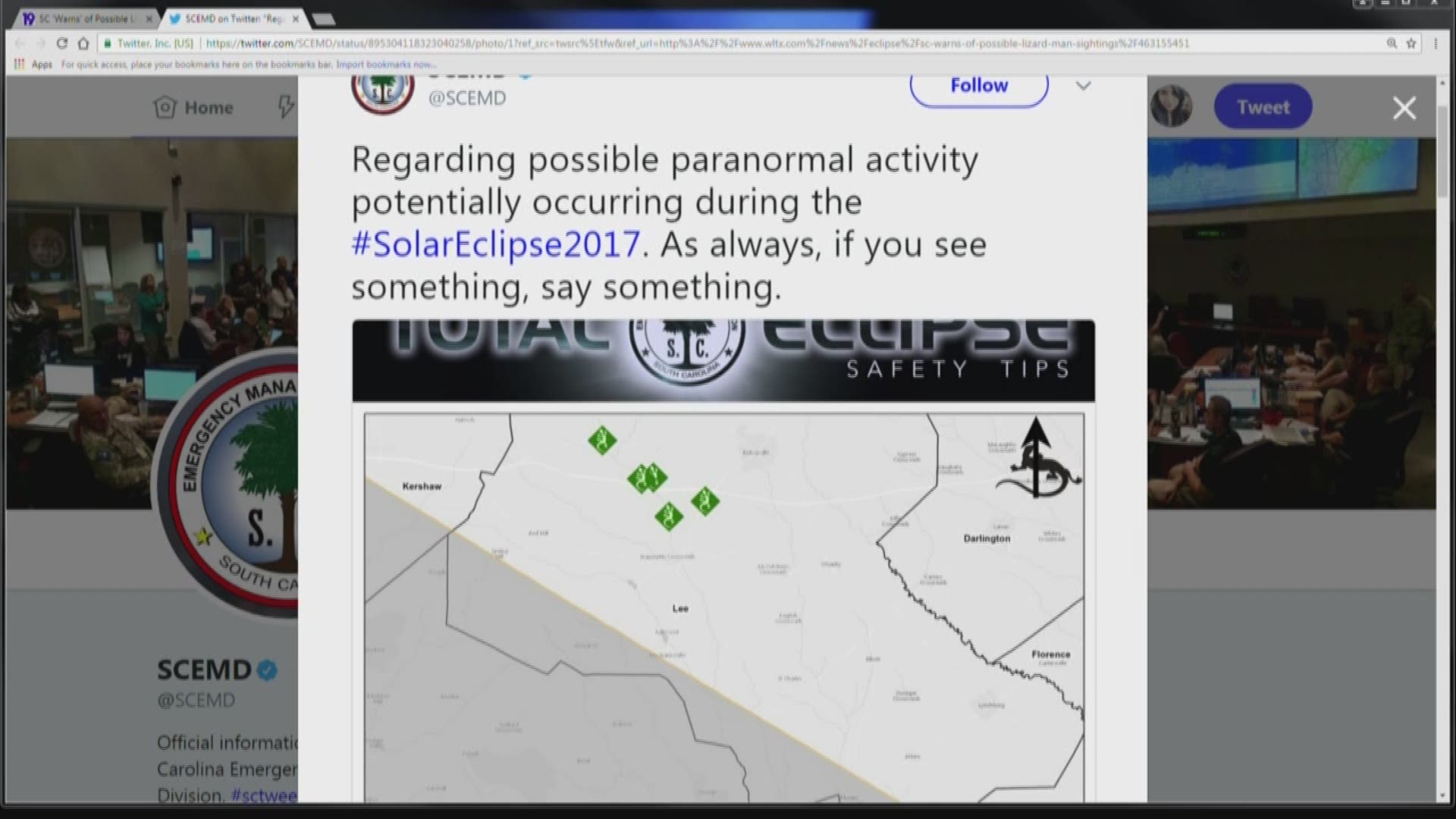 Oh, and maybe a Lizard Man sighting or two.

The agency sent a tongue and cheek post on social media Wednesday about possible paranormal activity on August 21, the day the total solar eclipse will pass through South Carolina.

Then also sent a map that has a list of possible Lizard Man sighting. (The Lizard Man, for those who don't know, is basically South Carolina's Bigfoot, although a scaly-reptile like creature rather than a hairy beast).

"SCEMD does not know if Lizardmen become more active during a solar eclipse, but we advise that residents of Lee and Sumter counties should remain vigilant."

They add, "if you see something, say something."

Regarding possible paranormal activity potentially occurring during the #SolarEclipse2017. As always, if you see something, say something. pic.twitter.com/O3IuYhHzqB

You can find much more...shall we say...'legitimate' news about the eclipse on WLTX's Eclipse page.

And don't forget: The South Carolina State Fair and WLTX will be offering a “totally” awesome tailgating experience during Columbia’s historic eclipse. For more details, go to the Total Eclipse Tailgate Page.