Because she says didn't feel safe physically working in a school building, her workspace is now a tiny teardrop trailer conveniently parked in her driveway. 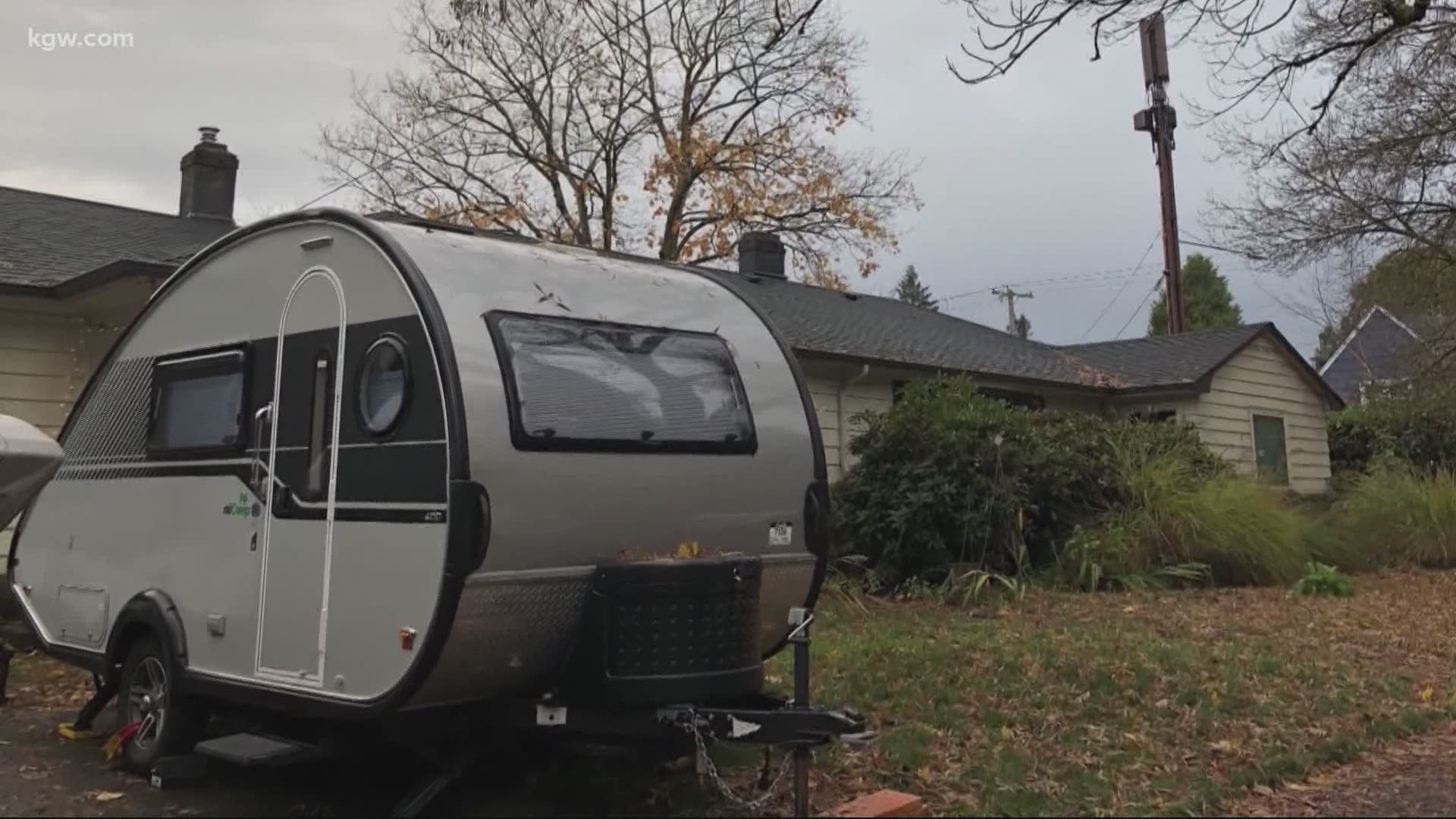 PORTLAND, Ore. — A local woman who is both a teacher and a mom to a child who is distance learning has found a simple solution to juggle both roles.

Jackie Jaffe’s daughter Ali is a fourth grader who just wants to be involved in what her mom’s doing, even if Jaffe is in the middle of her virtual workday.

“It just became very clear that if we could have our own separate spaces, that would be good.”

Because she says she didn’t feel safe physically working in a school building, her workspace is now a tiny teardrop trailer that her family bought for camping trips over the summer. It’s conveniently parked in her driveway.

It took a little bit of trial and error to adjust to the new workspace.

“I blew the fuse because it’s plugged into the house and we didn’t know how much it could take,” said Jaffe.

That’s all been ironed out and Jaffe says she’s starting to get into a groove.

Still, as we’ve heard from other teachers, things are not easy. Attendance and participation continue to be difficult issues to tackle.

“I’ve got kids who have not done any work at all, so I really don’t know where they’re at. I’ve got a couple who’ve only been online once or twice,” Jaffe said.

She said one of her students hasn’t said a word in class since the beginning of the year, despite logging in for class every day.

“I don’t know what she’s struggling with. I don’t know how to help her. I’m really at a loss as her teacher. I don’t know if I’m teaching her anything. I mean I’m hoping, because she’s there every day but I don’t know,” said Jaffe.

“I’m worried. I mean this is a population I’m worried about anyway in general.”

She said many families in the school are low income and underserved. Many students were already struggling before the pandemic.

“We’ve got a lot of kids who are just not ready. They’re just not at grade level. Whether it’s their reading skills, their math or their writing,” Jaffe said regarding students prior to the pandemic.

She said teachers and administrators at her school are working hard, focusing on equity and trying desperately to figure out how to make the curriculum work for the kids.

When it comes to making sure kids learn during distance learning, Jaffe said teachers spend hours coming up with lessons.

“Making a lesson that takes them 10 minutes can take me an hour to make. So, it can be time consuming,” said Jaffe.

In addition, she said trying to make learning fun and entertaining through a screen is difficult.

Some positives associated with distance learning

There are a lot of hurdles, but Jaffe said there are some positives.

Jaffee said there’s more opportunity to flex their lessons to meet the needs of their students.

Also, because class time is recorded, Jaffe said a speech pathologist can listen to the recording and hear the sound a student might need help pronouncing. Jaffe said sometimes she can better gauge if a child needs more help on a certain subject.

“I hear mom feeding him the words, so I know he’s not there yet,” said Jaffe.

“The other piece I like is I can do small groups, I can literally keep two to three kids online, say goodbye to the rest of them and work on a skill that they need,” she said.

For now, she’s just rolling with the punches.

“We’re rolling as we can,” Jaffe said.

She said the teardrop trailer is working out pretty well, so she plans to use it through the winter as well.