A look inside a socially-distanced classroom, as districts work to finalize return plans

About half of the desks in a typical classroom would have to be removed to meet social distancing guidelines. 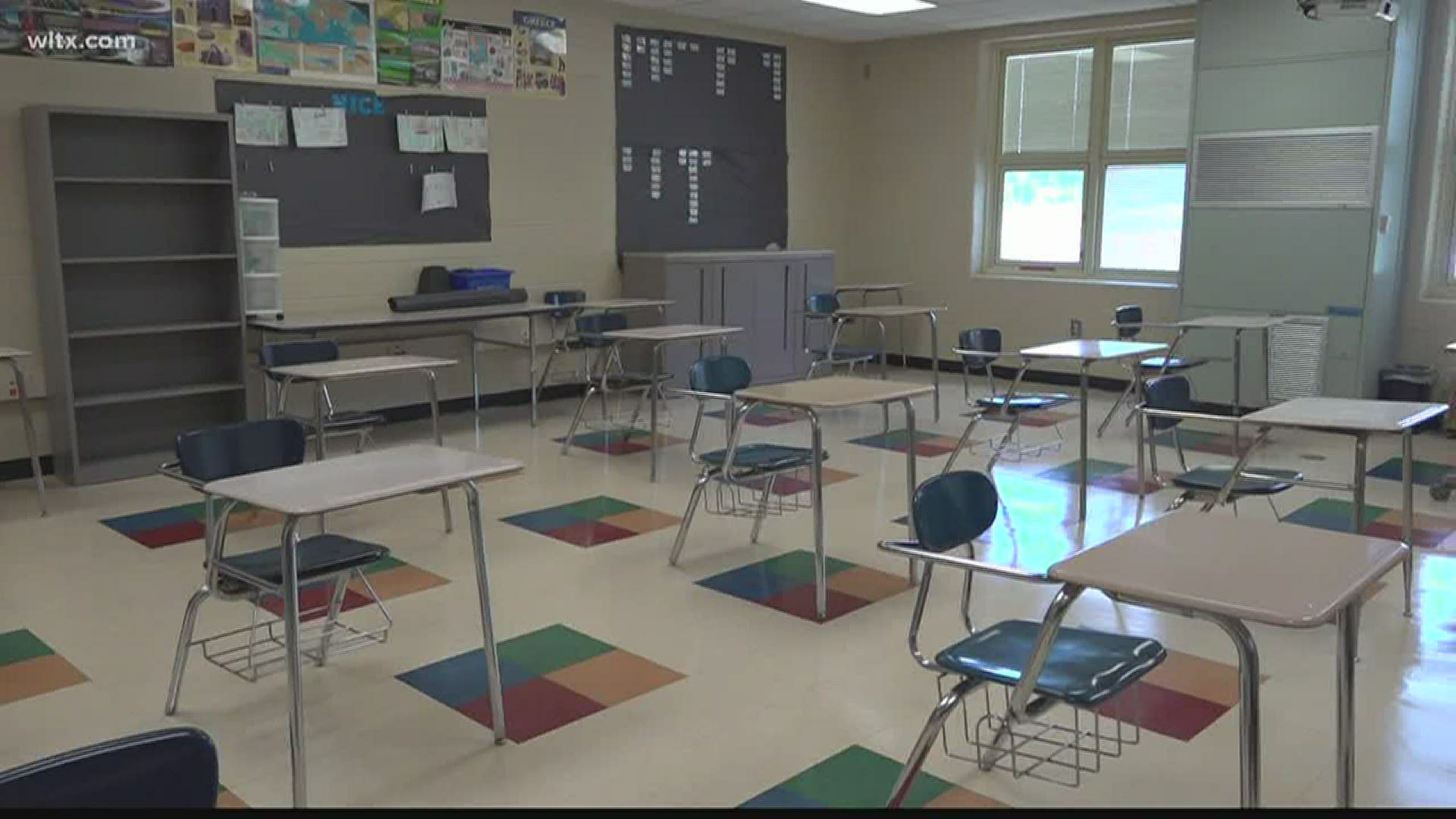 SOUTH CAROLINA, USA — When it comes to returning to school, there’s a lot that districts have to consider.

Even the most common things like school buses and classrooms become complex when you add the safety precautions needed to curb the spread of COVID-19.

“Most schools… the way the classrooms are configured… you could have as little as 11 or 12 students in a classroom… depending on the age of the building and how it's designed,” Chuck Saylors, a member of the Greenville School Board and the president of the South Carolina School Boards Association, said. “That is no where near enough space for an entire class.”

About half of the desks in a typical classroom would have to be removed to meet social distancing guidelines. Then, there’s the concern of how to educate the remaining students.

RELATED: What do you think about SC students returning to school?

"We're talking about a hybrid model where we talk about half the students in this class being here on two days a week and the other class would be home and then switching," Craig Witherspoon, Richland One Schools Superintendent, said.  "We would have the room to have half of the students in at a time."

They also have to consider transportation. Districts are only allowed to occupy buses at 50 percent to meet safety guidelines, according to Saylors.

“It would take us as much as six hours to run our bus routes to get all of the students into school, if we had to go back to school five days a week,” Saylors said.

"Some of our buses hold about 60 maybe 70 students. That number would be cut in half,” Witherspoon added.

That’s not all. Districts across the state are also having to modify instruction, meal times, physical education and more.

On Wednesday, Governor Henry McMaster pushed for the option of a five-day, in-person class schedule.

RELATED: All SC schools must be open five days a week, governor says

“In some communities it could (be possible). There are communities in South Carolina that are in the low spectrum (of the virus)," Saylors said, "but when you look at the larger districts, that are in the larger metropolitan areas like Greenville, Columbia, Lexington... that becomes a challenge.” Saylors said. "When the numbers go up, our ability to be flexible and to get the kids back in the school go down."

Both educators say the community can help by working to curb the spread of the virus, as districts continue to finalize their return plans. 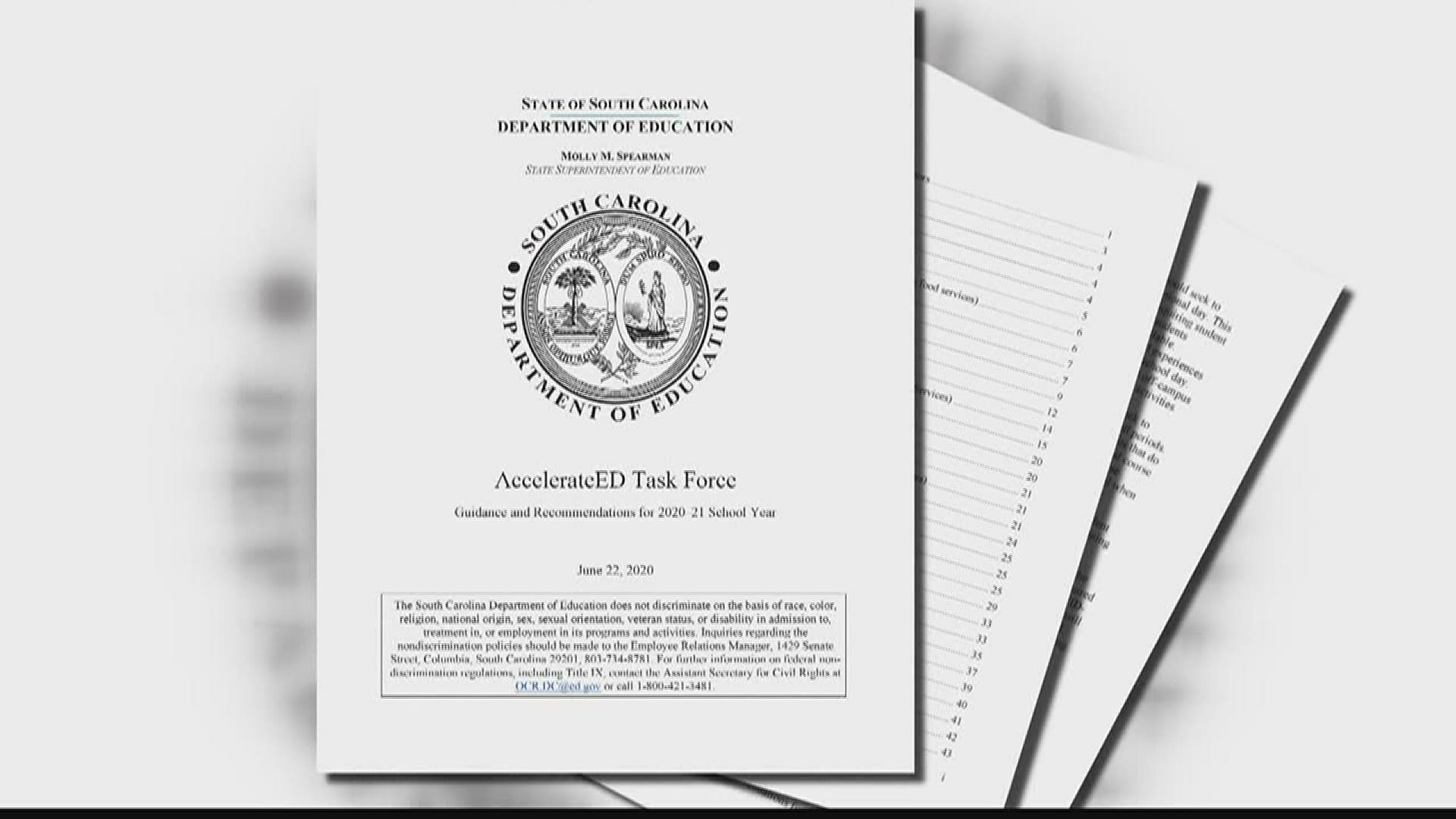