The three-time All-American, perhaps the greatest athlete in Gamecock history, will have a statue in her honor at the basketball arena. 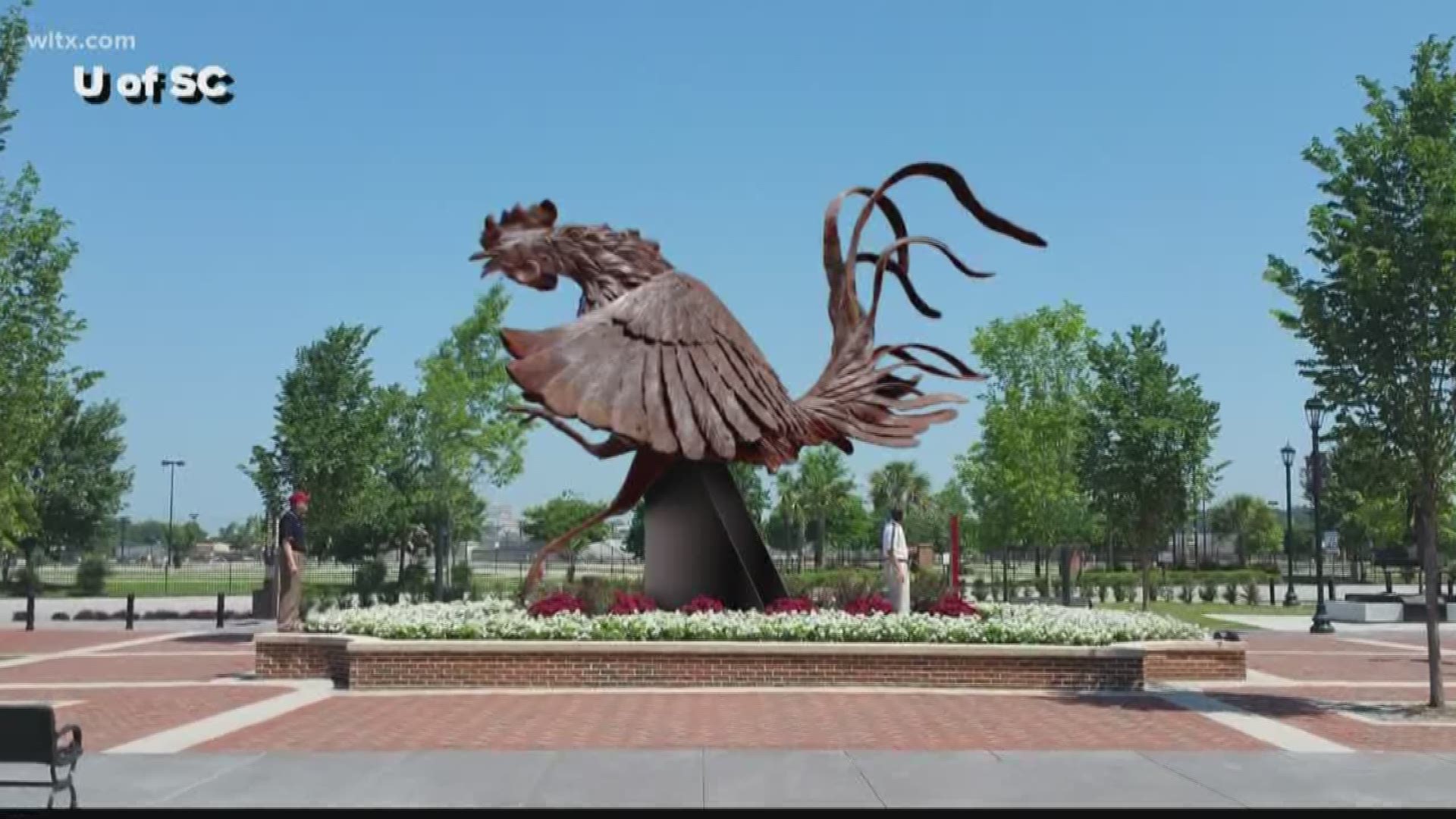 COLUMBIA, S.C. — The University of South Carolina Board of Trustees has approved creating a statue of basketball star A'ja Wilson, as well as given an update on the timeline to create a large Gamecock statue at Williams-Brice Stadium.

The trustees met for much of the day Friday, and took up several athletics projects in the afternoon.

The Wilson sculpture will be put outside of the Colonial Life Arena. Wilson, of course, became a three-time All-America at South Carolina, leading the team to the 2017 National Championship and was the unanimous national player of the year as a senior. She's now with the WNBA's Las Vegas Aces.

Former USC President Harris Pastides has announced last year that a plan was in the works to create a statue, but Friday's vote firmed up the details.

Sculptor Julie Rotblatt-Amrany out of Chicago will be constructing it. Rotblatt-Amray has created multiple statues of star athletes, including the one of Michael Jordan in Chicago, as well as others honoring NBA greats Jerry West and Shaquille O'Neal and coaching legend Vince Lombardi.

Wilson's statue is set to be done before the start of the basketball season in the fall of 2020.There will be at least one more design review for this sculpture.

There was also an update on the giant Gamecock bird sculpture that's coming to Williams-Brice Stadium. It will be located on the Gamecock plaza, near the current George Rogers statue but closer to the Bluff Road.

The 20 foot wide sculpture was supposed to be finished by July or August but now the installation has been pushed back to November, after the last home game. The board is still working on an unveiling plan.

Credit: Univ. of South Carolina
An artist rendering of a giant Gamecock statue that will soon stand outside Williams-Brice Stadium.

That's not the only change coming to Williams-Brice. There's an overall $22.5 million renovation that actually will be underway during the season.

Among the renovations are added club levels on the east side of the stadium that will fit around 3,000 pass holders. They will include new lounge space, concession stands, kitchens and restrooms and more.

The South End Zone Crews Building will be redone with two levels of clubs. The top level will be able to entertain 350 recruits among other renovations.

Though not at the level of the Champion's Club, these renovations should be very nice.