The school system alleges that there has been a dramatic increase in the use of e-cigarettes amongst minors including students in their district. 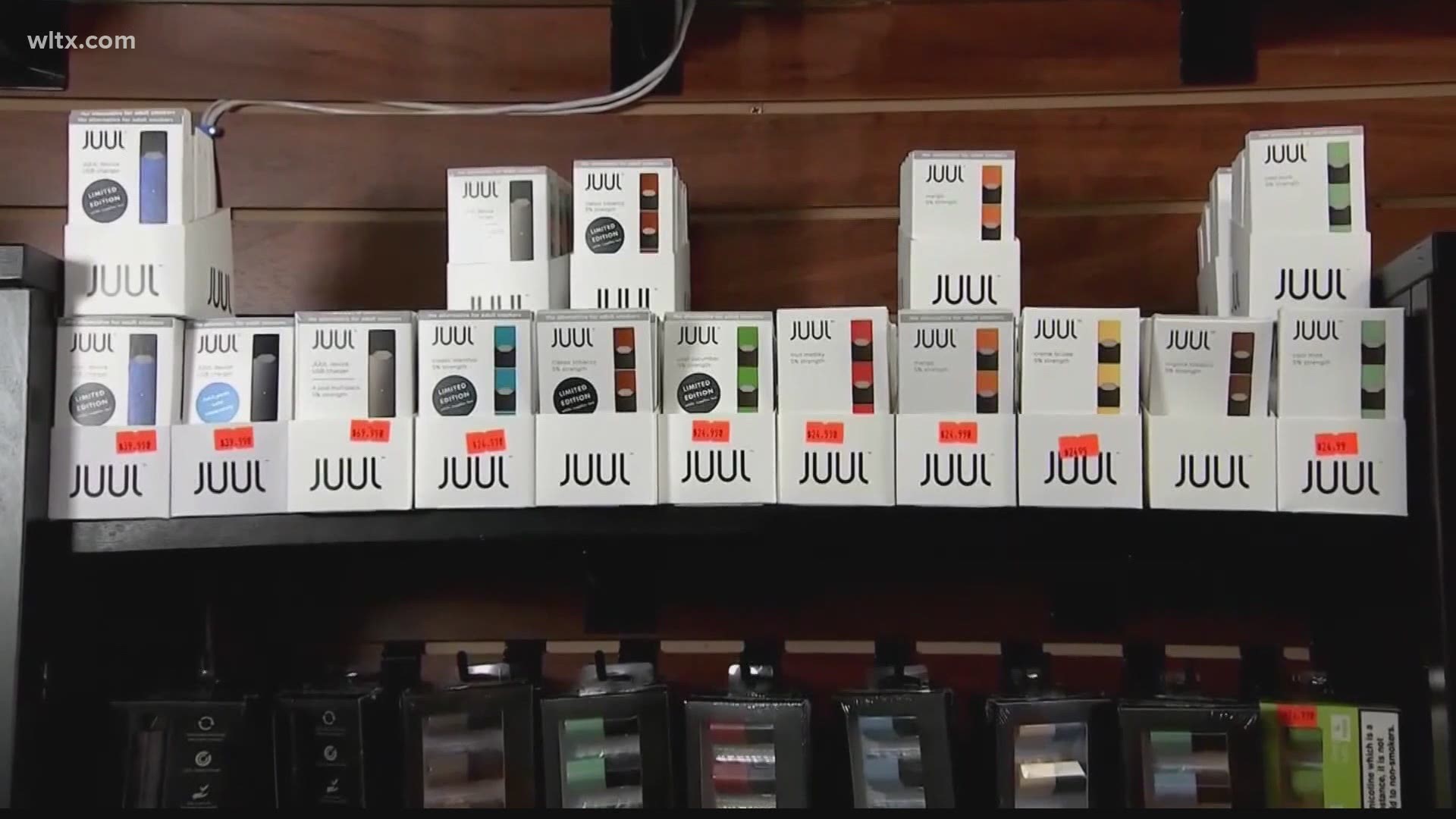 ST MATTHEWS, S.C. — A South Carolina school system is filing suit against several companies that make e-cigarettes, alleging they have created a public nuisance while also marketing their products to minors.

In the 54-page lawsuit, the school system alleges that there has been a dramatic increase in the use of e-cigarettes amongst minors - including students in their district.

The lawsuit goes through its many pages to explain how the school system believes each defendant is responsible, directly, for the overall increased use of vape and e-cigarette products among minors.

"Defendants’ marketing strategy, advertising, and product design targets minors, especially teenagers, and has dramatically increased the use of e-cigarettes amongst minors, like the student body in Calhoun County School District," the suit alleges, adding that students have become addicted as a result.

The suit also points to a significant drop in youth smoking - from 28% in 2000 to 7.6% in 2017. However, it also suggests that e-cigarette and vaping hav largely taken the place of cigarettes among teens, suggesting that, between 2011 and 2015, use among middle and high schoolers increase 900%. It was also allegedly up 78% for high schoolers and 48% for middle schoolers between 2017 and 2018.

"The decline of cigarette use and the rise of JUUL is far from a coincidence," the suit alleges.

As a result, the lawsuit aims to have the actions dubbed a nuisance and the defendants liable. It then requests that the companies be required "to abate the public nuisance" and prevent it from happening again while also preventing them from taking similar actions in the future.

The plaintiffs are also requesting relief to fund prevention education and addiction treatment as well as to cover attorney's fees and actual or punitive damages, among others.

The lawsuit was filed on June 30 in the circuit court of Calhoun County, South Carolina and demands a jury trial.