Right now, FCPS doesn't offer classroom streaming -- but a spokesperson said they're exploring adding it and should have more details soon. 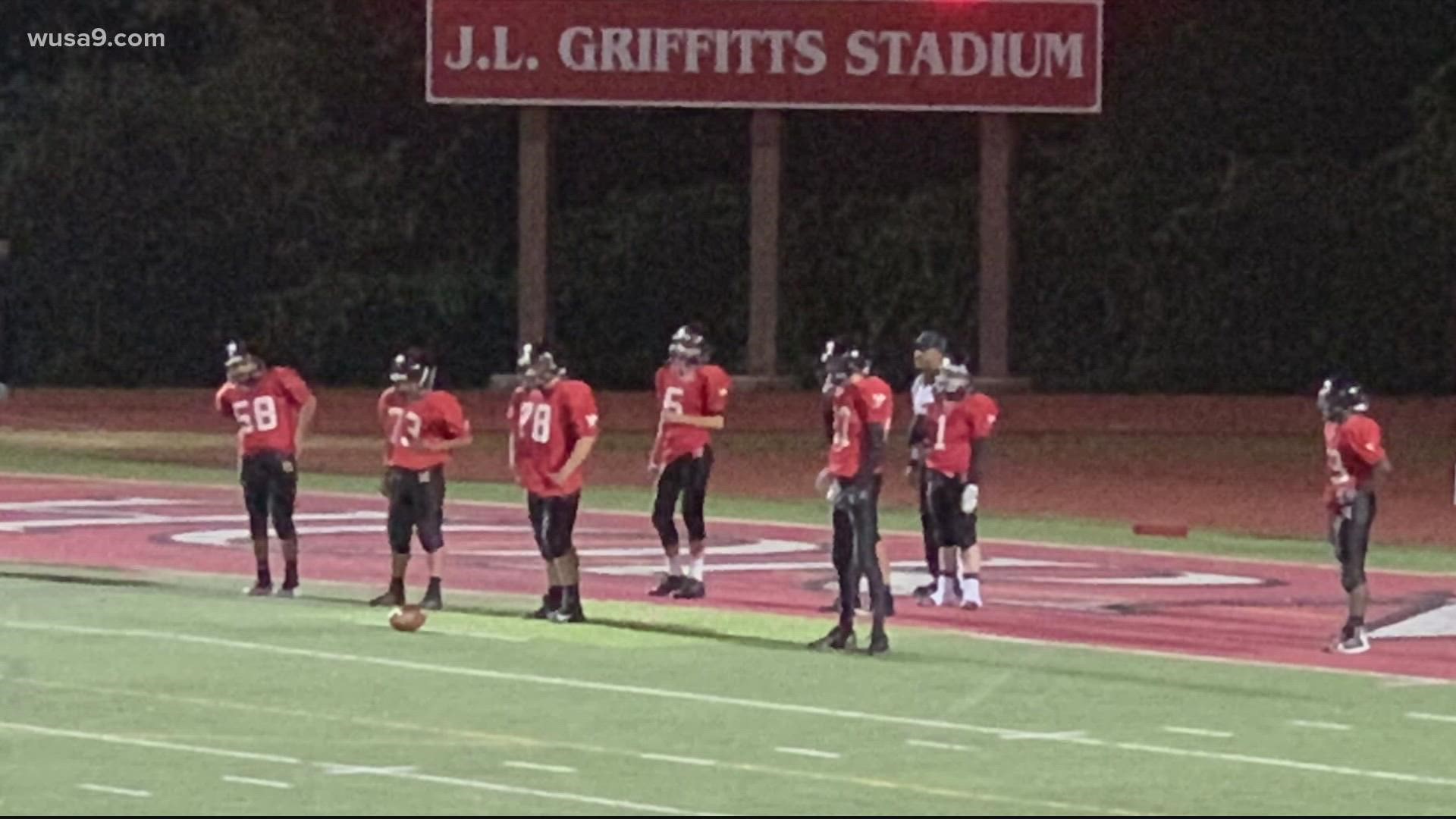 HERNDON, Va. — Herndon High School parents say the entire football team had to stay home last week after a player tested positive for COVID. Now, they're pushing for the district to offer virtual learning for the next time students are forced to quarantine.

“We're all kind of in disbelief that there was no preparation for this ahead of time," Amy Emmatty said.

Her son is a senior on the football team.

She shared emails showing Herndon High School notifying parents of players on Monday, August 30, that a player on the varsity team had tested positive -- and that team members would have to stay home until the Fairfax County Health Department contacted and cleared them.

Two days later, they received an email that another player -- who was not a close contact of the first case -- had tested positive.

By the end of the week, Emmatty said parents received word that they could submit their student's vaccination record to the health department to expedite the clearing process.

Her son was given permission to head back to school Tuesday, September 7, but some players are still at home waiting for the word from the health department.

“We all knew that the COVID cases would happen and that some kind of quarantine would inevitably happen, but there was no process in place to handle it," Emmatty said. "The worst part is the lack of access to any of their classes, so for the entire time that all 60+ kids were at home, there was no classes.”

This comes after the Herndon team had to quarantine last week b/c of a positive #COVID19 case (see below email from a parent.) Some players are still home. @wusa9 pic.twitter.com/4wrfx9EWwM

Right now, Fairfax County Public Schools provides assignments for students to complete while they're under quarantine but doesn't offer virtual instruction, where they can watch their teachers' lectures in real-time.

Dan Piszker's son is one of the players still required to stay home and said one can only learn so much just completing assignments -- it's not the same as attending the lecture.

“Especially my son and all the other seniors--this is their last year. They got to put up some good grades and are going to be looking forward to getting into colleges," Piszker said. "And, you know, they're falling behind quickly.”

That could soon change, however.

FCPS said they are exploring offering classroom streaming for students who are required to stay home on the health department's order.

A spokesperson said they are working with principals, teachers and teacher associations to finalize details and should have more information soon.

"We hope this will alleviate some of the concerns about potentially missing out on in-person instruction," that spokesperson said in a statement.

The positive cases are also affecting games for the team. The athletic department posted online today that Herndon's matchup against South Lakes on Friday is postponed.