Layla Davis is using her skills to shine a light on domestic violence among teenagers. 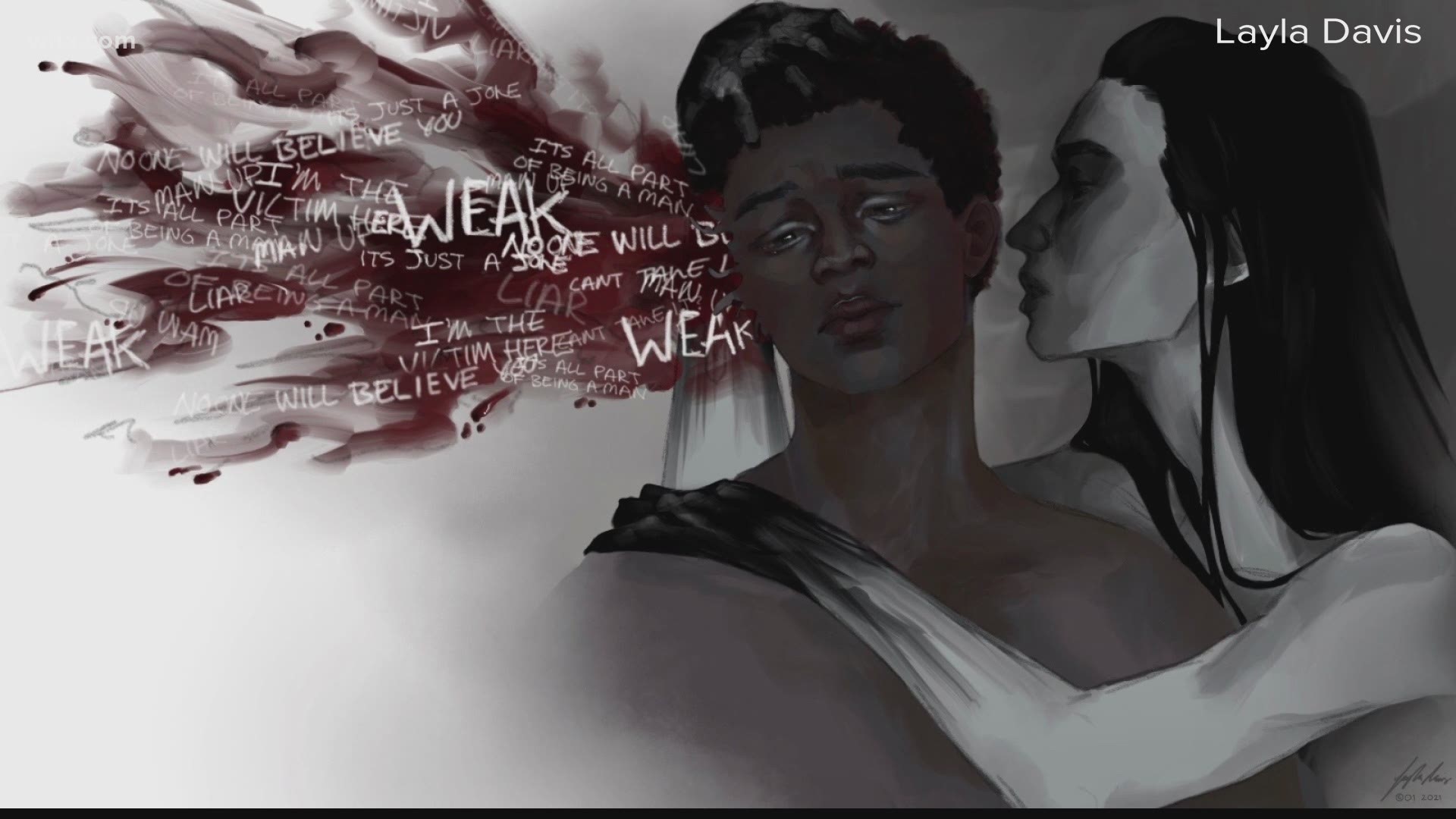 COLUMBIA, S.C. — Teen domestic violence is not a light topic. Layla Davis understands that, so to help spark those conversations and promote change among teens, she created a piece which captures that emotion and pain.

The theme is "What It Means to be a Man." Layla explains her piece as "a depiction of societal pressures, not allowing men to talk about their feelings ... A woman talking into his ear, whispering all these pressures, then there was a gun shot coming out the other side."

The 17-year-old says the piece is a symbol of pain. The idea was to highlight the struggles men face in abusive relationships.

"It's kind of taboo almost, for them to talk about their feelings."

"I am hoping people will see it and realize it is not taboo to talk about their feelings," she said.

Sara Barber with the South Carolina Coalition Against Domestic Violence and Sexual Assault says 10% of teenage girls experience sexual violence in a relationship.

"We need to engage the voice of teens, because they are the ones that really make the voice of change," Barber said. "9% of female high school students have experienced physical violence in the context of a dating relationship."

Only 33% of teens who were in abusive relationships ever told anyone & due to societal pressures + expectations, men are less likely to report abuse. In her original artwork, Layla Davis felt compelled to highlight that abuse can occur regardless of gender or sexual orientation. pic.twitter.com/uDwQmqP1tn

"To see someone with that artistic talent and engage in this topic area is amazing to us," Barber said.

Proud mother Leslie O'Neill says Layla has always been empathic child. "She was the kid in the pool saving drowning bugs while everyone else was playing."

Layla wants people to remember that you never know what people are going through. She says nice words can help a lot more than people realize. "Words can hurt as much as gunshot."

The South Carolina Coalition Against Domestic Violence and Sexual Assault says they will be using Layla's work in their awareness campaigns.