The hole in a Lee County school roof has frustrated the community for 5 years. But school officials and state records show nearby structures are safe for students. 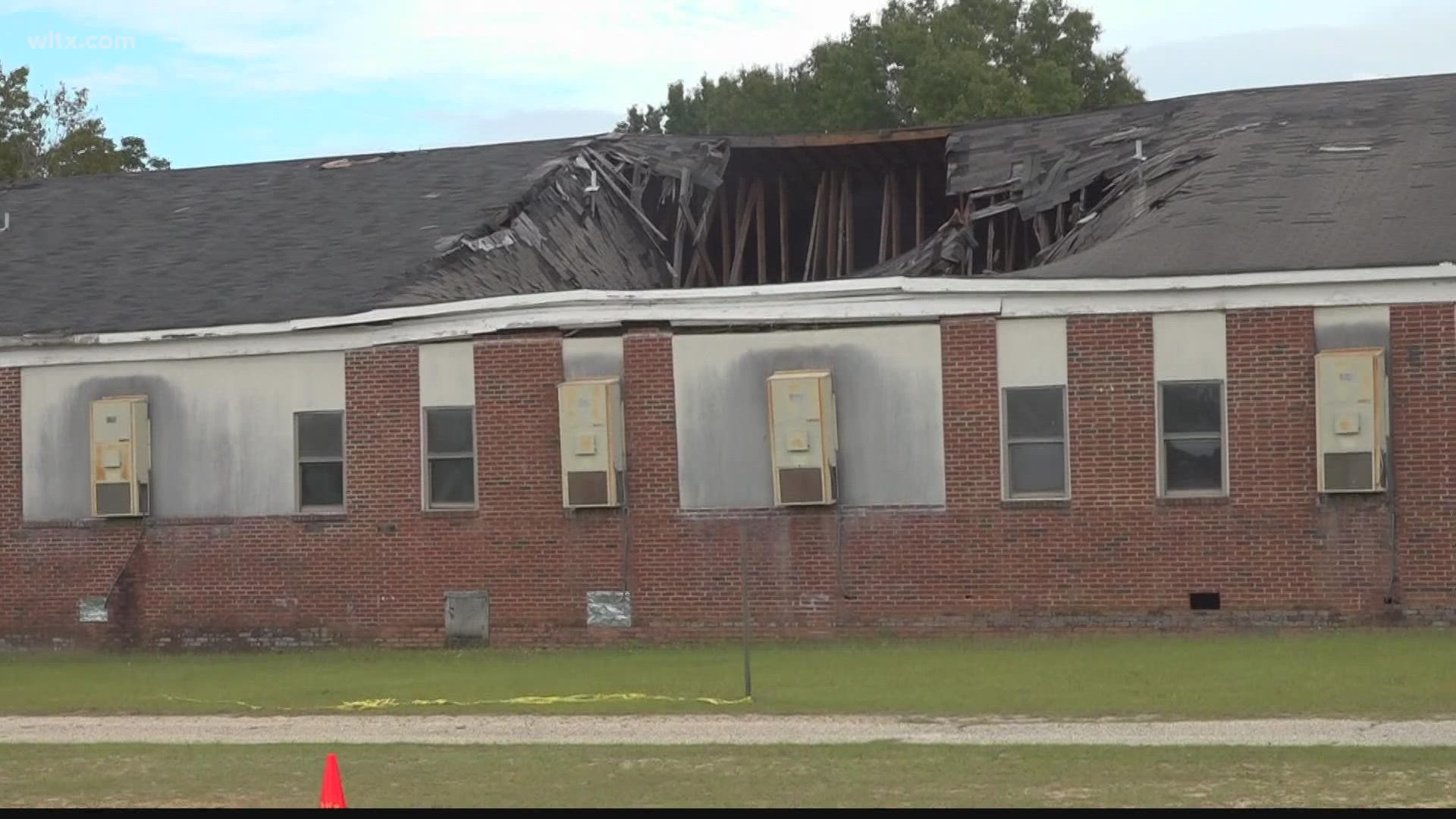 BISHOPVILLE, S.C. — A Lee County school has a giant hole in its roof that's raising concerns among the community. But school officials say they're making do with the surrounding structure - and that areas still being used are safe.

Inspection records give new insight into why learning is still taking place in other parts of the building.

News19 first brought you the story of the sizable hole in the roof of Dennis Elementary in Bishopville on Thursday, after a concerned citizen contacted us. That caller also raised questions about the safety of the students and faculty members who are in the building each day.

We found that the hole had been in the roof for at least 5 years—which was when the district renovated a part of the Dennis building so students could receive their education there. This move happened due to problems with space and the structure at the old elementary school.

While the district agrees that the roof itself looks bad, in an interview Thursday with WLTX, the superintendent said there’s no immediate danger to the students and staff in the building.

“It’s unfortunate that students are being educated in a building here, with that attached to it. I grant you that," Superintendent Bernard McDaniel said. "We’re working on a plan to address that. But we do not have a surplus of funds to just address things like that.”

According to an inspection record News19 obtained from the State Department of Education, this past July, the state fire marshal’s office and state education officials agreed that there was “no immediate concern as the safety measures implemented to date are adequate.”

RELATED: Why is there a gaping hole on the top of this Lee County school?

They also noted that the occupied portion of the building is a "separate and safe 'building/fire area,'" making the observation that the abandoned portion is at the rear and physically away from the normal operations of the school.

“My thought is I just pray for their safety and to make sure they don’t come home being sick," said Kanisha Davis who has a daughter who attends Dennis Elementary.

She doesn’t trust the building.

“They have it where one side is, like, decent but I still don’t trust that because there’s a big hole and mold and anything could have been all in that school, could be in that school," Davis said. "They built a high school, they built a new middle school, why not build a new elementary school for the kids? That’s what I would love to see done."

District officials said they are doing what they can until they have the money needed to make that happen.