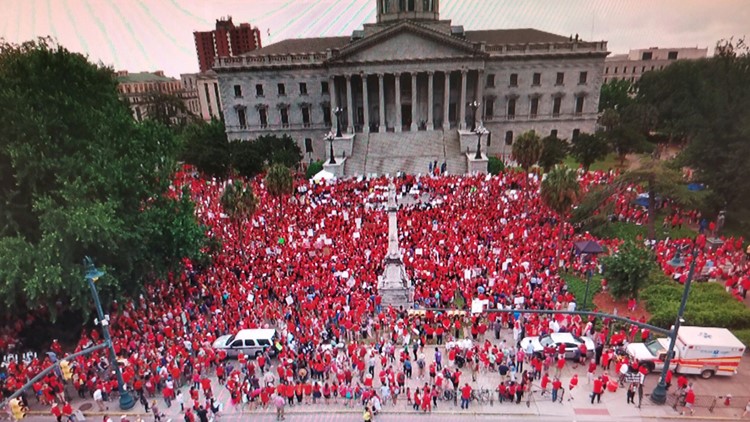 The proviso was added during the recession in the late 2000s, according to lawmakers.

"So now districts will have to hire new teachers to meet those teacher to student ratios or apply to the Department of Education for a waiver if they can't financially afford to," Ott said Tuesday night.

The ratios, roughly 20 to 1 for kindergarten through 3rd grade and 30 to 1 for 4th through 8th grade, is progress according to Ott, but added that he still thinks those are too high.

Ott continued that his amendment would also require the state to track classroom sizes across all districts and report them to the General Assembly.

On Twitter, Ott thanked the thousands of teachers and their supporters that rallied outside the Statehouse last week.

Concern over classroom sizes has been one of the teachers' biggest concerns as lawmakers debated education reform this session.

In recent weeks, lawmakers in both chambers and for both parties expressed concern that simply deleting the recession-era proviso would amount to an unfunded mandate, as districts already struggled to fill open teaching positions.

Now, Ott and teachers will have to wait and see if his amendment makes it into the final version of the budget.