The letter, received this week, says SACSCOC will formally review USC's compliance at a December meeting 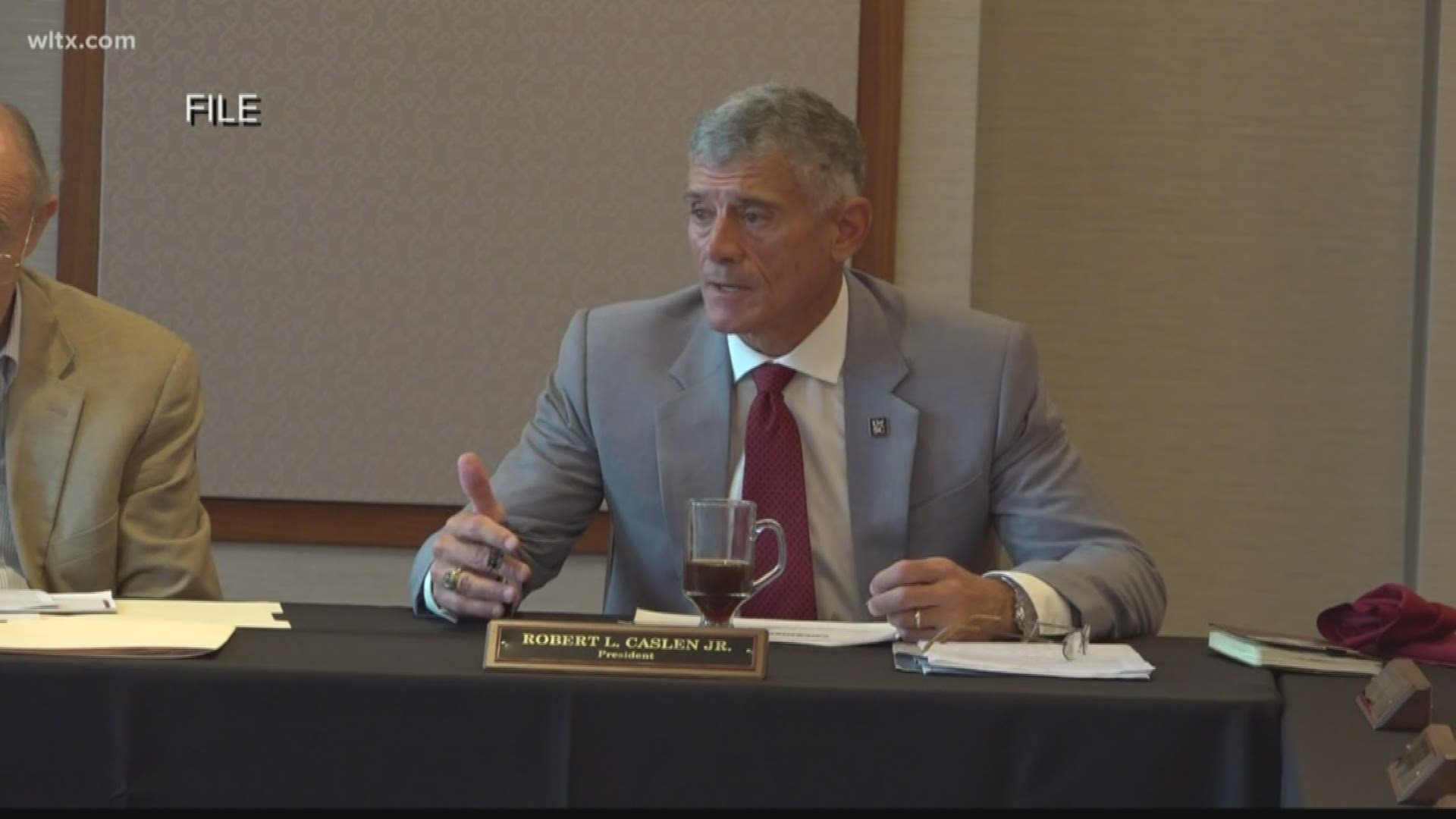 COLUMBIA, S.C. — This week, the Southern Association of Colleges and Schools Commission on Colleges sent a letter to the University of South Carolina.

In the letter, it stated, "We have determined that there is evidence of a significant accreditation-related issue based on information that we received."

The letter comes after the controversial election of current USC President and former General Robert Caslen.

“I know for me personally there's going to be some very difficult questions that I'm going to have for current board members once they come back up for re-election. It's unfortunate to me that there's been any type of cloud put over this process, over this University,” Rose said.

Rose, a double alum of USC and a member of its athletic hall of fame, said the letter should be taken seriously.

“I would simply point to the letter that has been sent to the University where it doesn't say there's just concerns, rather they use the word 'significant.' I'm curious as to what will come of it, I know the Senate is doing an official inquiry so I'd like to see what that committee's findings are,” Rose continued.

“Well, I just think that SACS threatening or others saying there's a threat that USC is going to lose its accreditation over the selection process is a bit absurd. Seeing as how politics have been involved -- University and state institutions and politics have been involved in university business for better or worse since its creation,” Gregory said.

He continued criticism can be handled democratically.

“There’s a clear line there between the people to legislators to board trustees and if people don't like the way the legislature or trustees are doing business, then both can be changed out,” Gregory continued.

Gregory said his senate select committee is planning to meet for the first time in early November.

SACSCOC will review the University's compliance in a December 2019 board meeting and then issue a decision within two weeks, according to the letter.