'Our children are under attack:' Columbia parents file lawsuit over masks

Two Richland One parents have filed a lawsuit against the City of Columbia, Richland County and Richland One for enforcing masks. 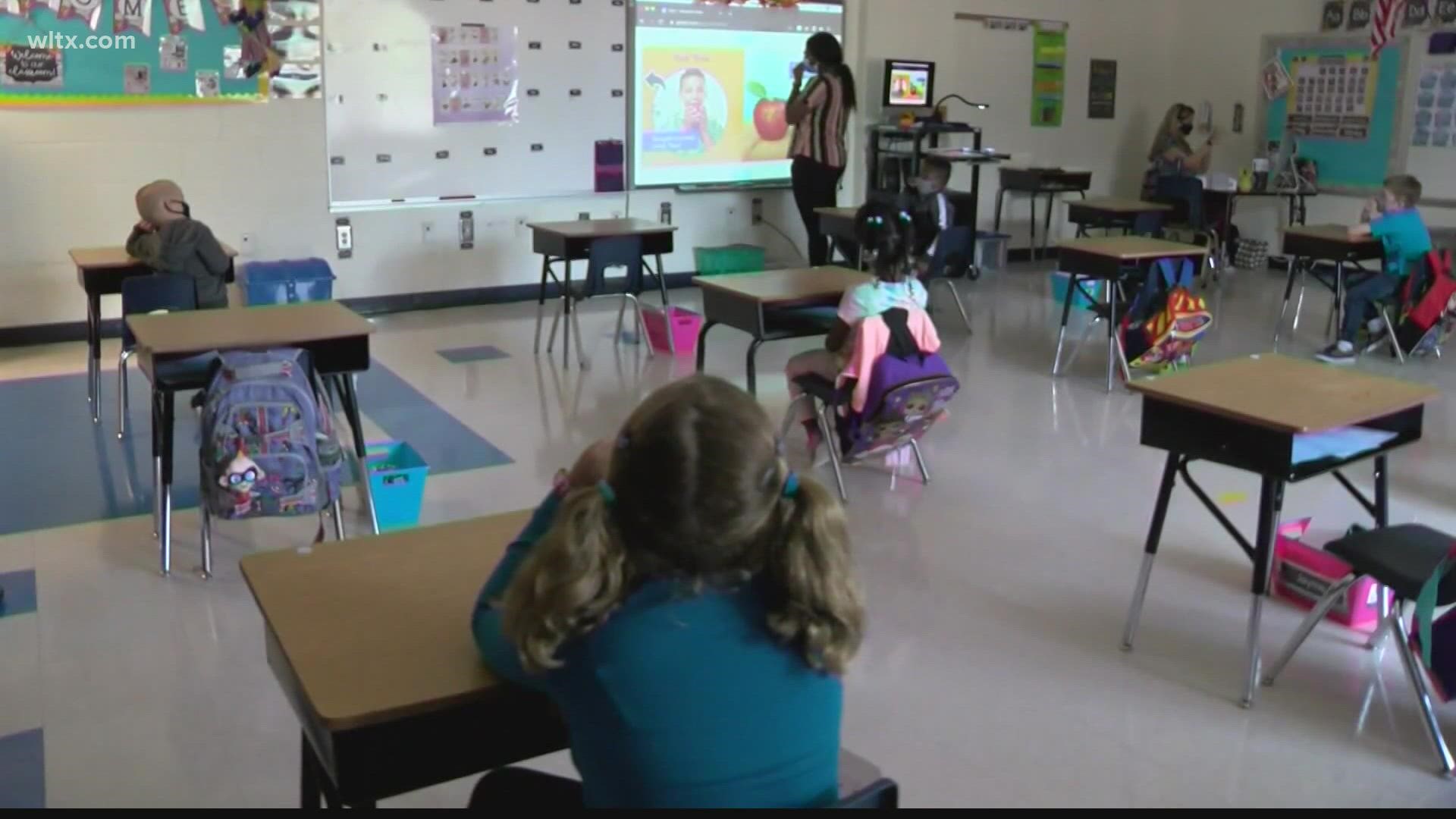 COLUMBIA, S.C. — Two Richland One parents are suing the City of Columbia, Richland County and Richland One for requiring students to wear masks.

"We live in America we are not ruled under one tyrannical rule," she said.

A proviso passed in the state budget back in June states no school district, or school can use money from the budget to enforce masks. After the city passed a mask mandate in August, South Carolina Attorney General Alan Wilson sued. The South Carolina Supreme Court sided with Wilson, saying the city's rule violated the state law.

RELATED: DHEC says there will be no statewide mask mandate in schools

"Our children are under attack," said Curlin. "It's unconstitutional for our state Supreme Court that has ruled five to zero that they're not masking children anymore, in our city, in our county and our school district has gone against that. That is why I am here standing up for our children."

"I don't believe they work, and I think it's our right as parents to look out for their safety," she added. "Not the school district."

While masks are not required in state schools, the Centers for Disease Control and Prevention (CDC), the South Carolina Department of Health and Environmental Control (SCDHEC), and leading health experts in South Carolina say masks help stop the spread of the virus.

Both SCDHEC and South Carolina School Superintendent Molly Spearman have called for the legislature to allow districts to put in place mask mandates.

The lawsuit by the parents alleges that the City of Columbia, Richland County, and Richland One School District are in violation of state law by using state funds to force masks on elementary students.

The suit also alleges that refusing entry to maskless children is essentially denying them an education and, at the same time, taking away a parent's right to make their own decisions.

According to Richland One, families who request to be exempt from wearing a face-covering for reasons other than a health or developmental condition or religious exemption will be offered virtual learning for the period face coverings are required on district property.

Kelli Powell is the other plaintiff and said she wants her kids back in school, without a mask.

"They're suffocating our children unnecessarily and our rights are being taken away from us and stripped from us daily, and if we don't stand up and fight against this, then who else will," said Powell.

"These young children, they need full oxygen for their sweet young developmental minds, and when we deprive them of oxygen we are depriving them of the ability to use their brains fully to learn what they are supposed to learn."

News19 reached out to all three agencies listed in the lawsuit. Richland County and Richland One said they do not comment on pending litigation.

We are still waiting to hear from the City of Columbia but, in the past, Columbia Mayor Steve Benjamin has been a strong proponent of masking.

"The City's ordinance requiring masks in our elementary and middle schools is aimed at preserving and protecting the health and safety of our children," he said previously.