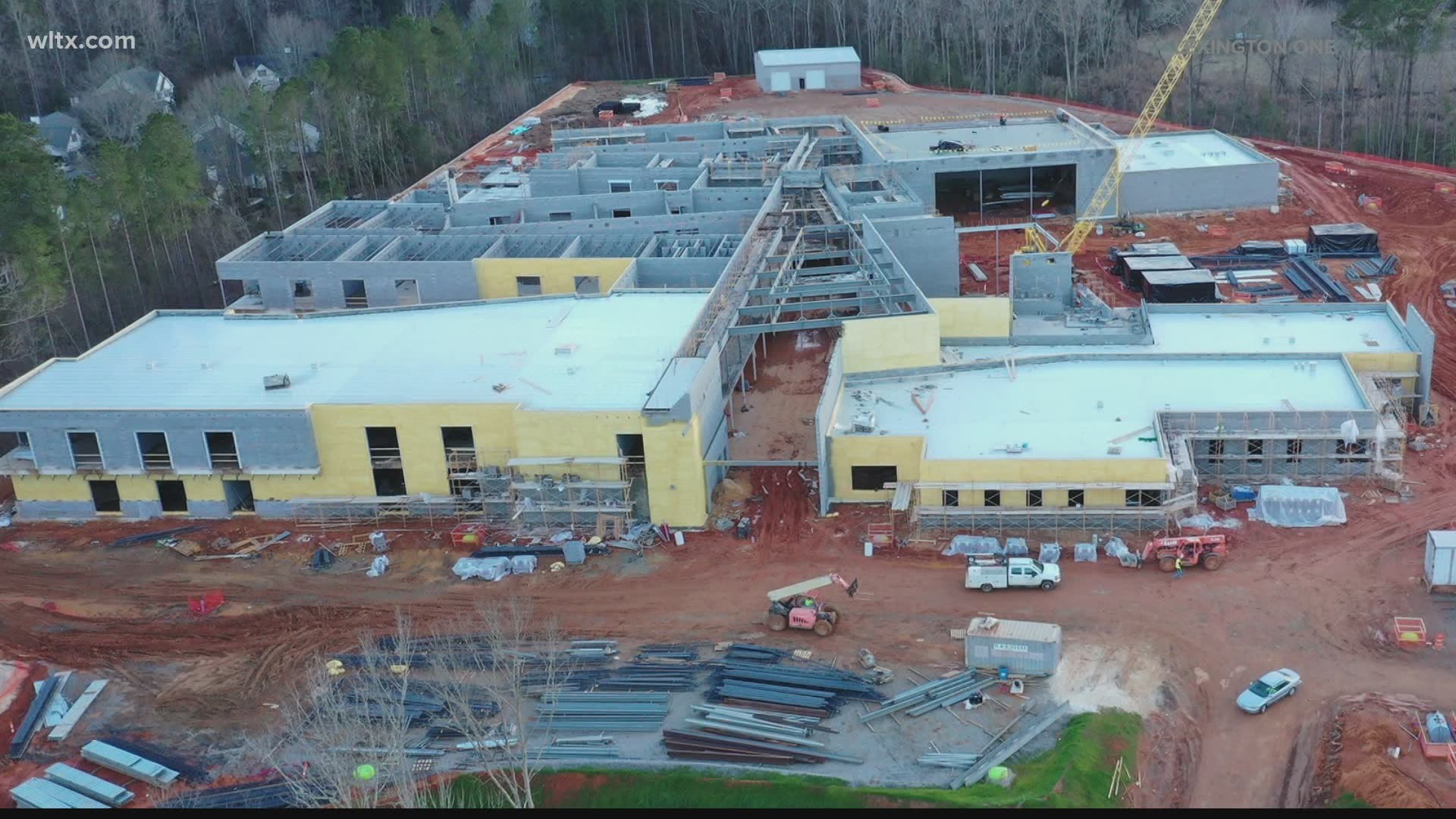 LEXINGTON, S.C. — Lexington County School District One has several construction projects right now – including building a brand new middle school. The school’s budget was around $53 million, but they’re now realizing it’s going to cost much more than that.

In Tuesday night's meeting, board members voted to add another $5 million to the Lakeside Middle School project. It will replace Lexington Middle School when complete.

The $5 million is specifically for making improvements to Old Cherokee Road, where the new school's entrance is.

"What that's going to allow is for much safer travel on Old Cherokee Road," explained the district's Chief Operations Officer, Jeff Salters, when talking about widening the road.

"Frequently now what happens is, folks stop to turn into businesses along this roadway, causing backups and there's some fairly frequent accidents that happen there, along that road because of those stops," Salters said.

Beginning June 17, Lexington District One will provide meals at no cost to children 18 and under, as well as individuals with disabilities up to 21 years old. Read more here: https://t.co/y4CDjR4W1D pic.twitter.com/BespovmotH

The new plan will create better traffic flow around the school by widening the road and adding another lane.

"Essentially what's going to happen is there's going to be what's called a three lane install, the road will be widened. So it's basically three lanes all the way through," said Salters.

They’ll also create turn lanes, put in a center median and a traffic signal for the school.

Salters told board members the offsite road improvements are required by the South Carolina Departments of Education and Transportation.

The district is getting the $5 million dollars from interest its earned over the years on bond sales.

District officials expect to open Lakeside Middle School in August of next year.