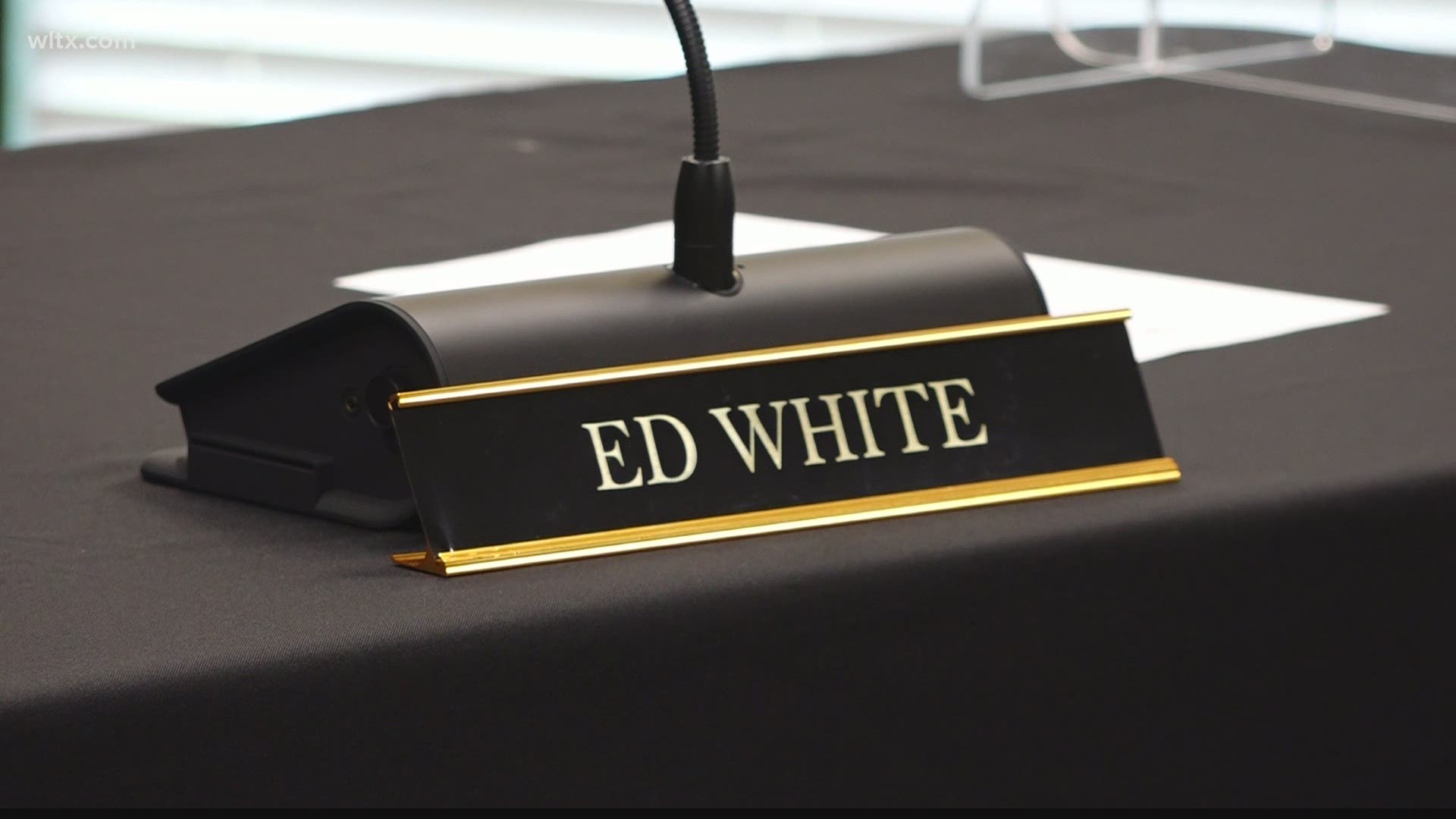 The vote comes after White's sudden resignation and fiery letter to the media regarding the resignation of superintendent Dr. Christina Melton.

At the Monday's meeting, a spot for Lexington-Richland School District Five board member Ed White was set, however, his seat remained empty, with board members voting to censure White.

Chairwoman Jan Hammond said, "Just as all our district employees and students must adhere to policies or possibly suffer the consequence so must our board of trustees be held to the same level of conduct and accountability."

RELATED: Lexington-Richland Five board responds to allegations of lack of transparency

Four voted for the censure, while two opposed. In a statement from Hammond, she said Ed White, "exposed attorney client privileged information without consent of the superintendent or the board."

Dr. Melton and the board say that was not the case. Once the board announced the censure, News 19 reached out to Ed White but have not yet received a response.

During the public comment time at Monday's meeting, gifts made for Dr. Melton by district faculty and students were handed over to the board to pass on to Dr. Melton.

According to Hammond the board accepted White's resignation and his last day will be on July 14th. Dr. Melton's last day is June 30th. Interim superintendent Dr. Akil Ross begins on July 1st.