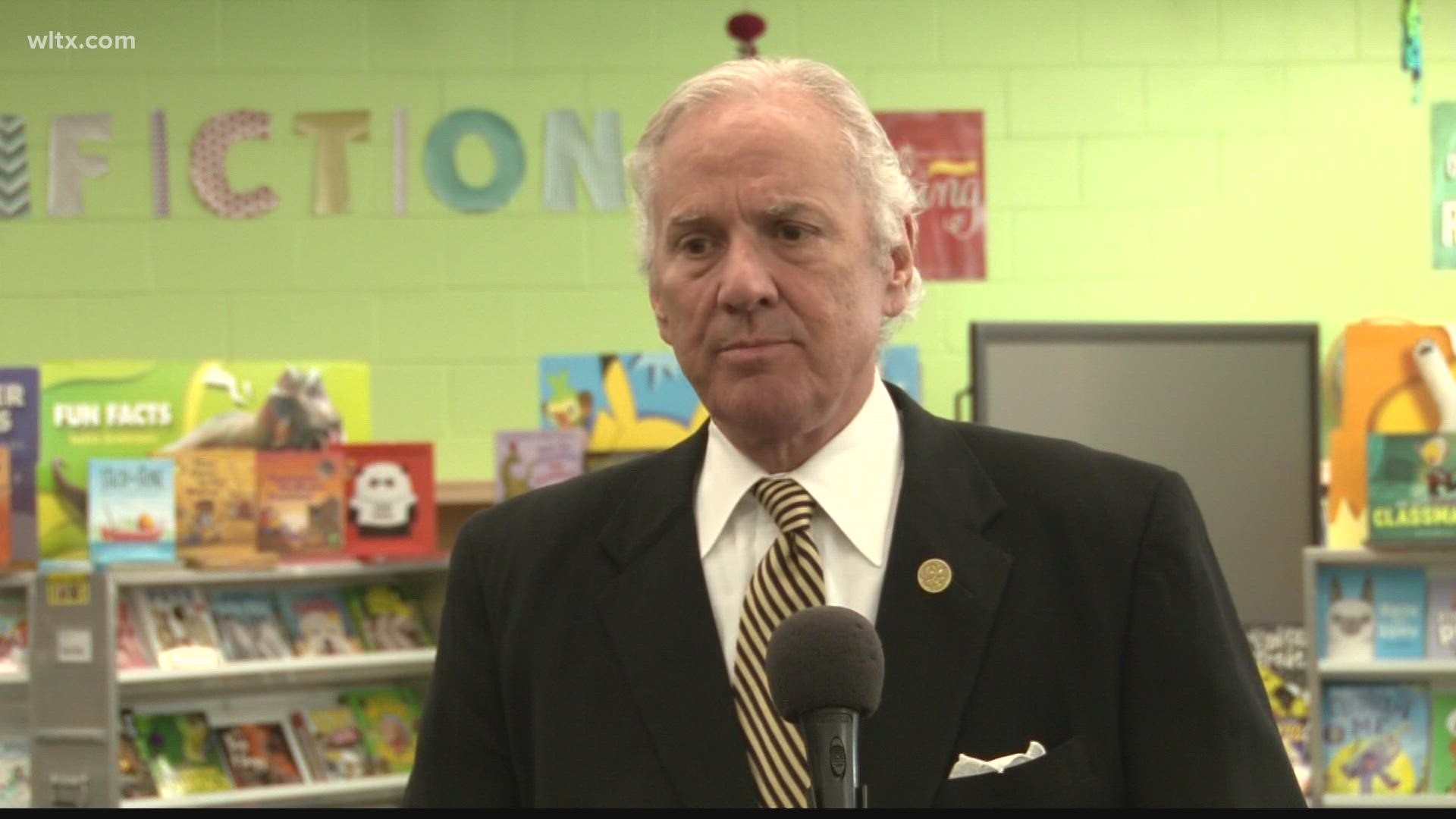 CAMDEN, S.C. — On Wednesday, South Carolina Governor, Henry McMaster met with the Kershaw County School District for a roundtable to discuss their mitigation plans for COVID-19.

"They're doing a remarkable job of using the data and keeping the school open, keeping the students, parents, and everyone involved, healthy, happy, and learning," Gov. McMaster said. "I believe what this district has done is a model and we got a lot of schools with ideas that are doing great things and what we want to do is call attention to this great success here so that others may learn and develop ideas that may work for them as well."

Gov. McMaster said other school districts in the Palmetto State need to implement similar or the same mitigations as Kershaw County.

"You can see on August 20th, we peaked with 1,563 students that were excluded and they were out," said Dr. Shane Robbins, Superintendent of Kershaw County School District. And you can see, since that time, we've been on a steady decline."

RELATED: Report: COVID vaccines for kids 5-11 could be approved by end of October

RELATED: VERIFY: Do plastic dividers protect you against COVID-19?

Some of their efforts to mitigate COVID-19 include the use of plexiglass, different lunch shifts, temperature scans, the use of isolation rooms and more. The school district nurse, Doctor Elizabeth Starling, majority of COVID-19 cases were caused by contact before school began.

"The majority of what we, I would say, has been from outside activity," Dr. Starling said. "Household contact, parent's testing positive, and the children in turn-testing positive from that parent positive."

The principal for Camden Elementary School, Matia Goodwin, said even without a mask mandate, mask wearing has increased in schools for both staff and students.

RELATED: DHEC says there will be no statewide mask mandate in schools

Goodwin said about 40% of the school is wearing masks, voluntarily.

Gov. McMaster said the district proved that government officials do not need to impose any mandates to keep people safe.

"Everything that you've heard, all the information, all the recommendations, all the steps that have been taken here in this school today, not a single one infringes on anyone's personal choice or in any way their constitutional rights," Gov. McMaster said.