Many schools filed for extensions to submit their reopening plans 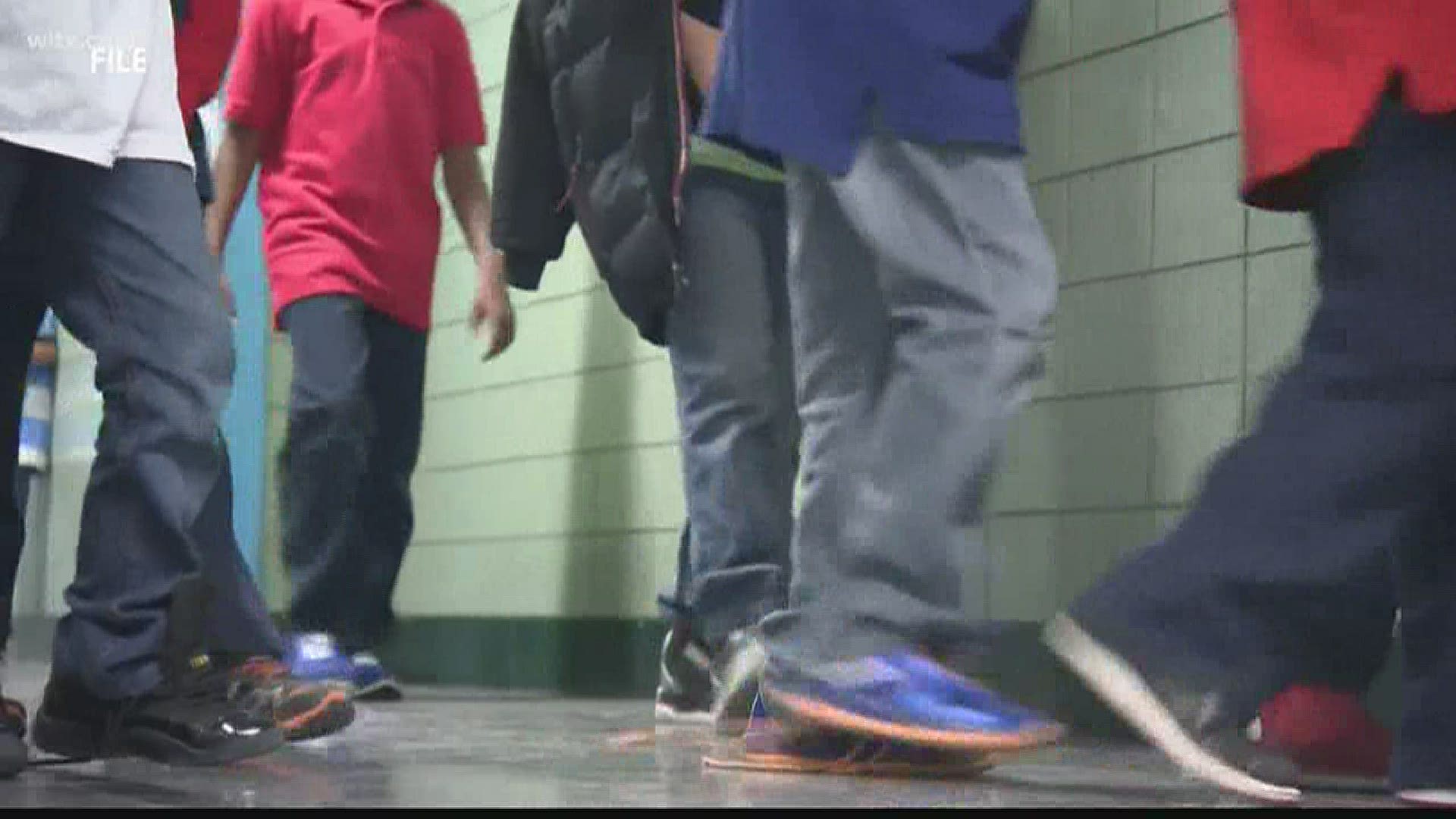 COLUMBIA, S.C. — After South Carolina Governor Henry McMaster’s press conference regarding opening schools, many school districts across the Midlands are back to the drawing board for the plans.

During the press conference, Governor McMaster said the deadline was Friday, July 17, for districts to submit their reopening plans to the Department of Education. The agency set the deadline the week before in a memo sent to district leaders.

Many districts filed for an extension so they could have more time before submitting their final drafts to the state. Below is a list of Midlands school district with their most recent update.

RELATED: All SC schools must be open five days a week, governor says

Clarendon One School District had been working on finalizing their plans for the start of the school year, but said there are several potential adjustments to be made. They did not say whether they submitted their plans by deadline or not.

Clarendon Two School District filed for an extension according to the Department of Education. However, Clarendon Two said they have submitted their plans.

Monday, Clarendon Three district officials said they're in the process of developing and finalizing plans.

Calhoun County Schools was working on three models for reopening schools. Those included E-learning, a hybrid approach and a virtual model through the Calhoun County Public Schools Virtual Acellus program.

They planned to begin schools on August 17.

"As a result of the increases in COVID-19 transmission, we have elected to deliver our academic recovery/reading instruction through a virtual format," Dr. Green said.

Reopening plans for the Kershaw County School District are in-line with what the governor is recommending. They're also giving families three learning options for going back to school.

"Option One is kind of traditional, brick and mortar, in-person. The other two options are both virtual learning. Option Two would be in real-time and Option Three is more at your own pace. Option Three appeals to a family maybe whose parents work during the day, but they want to be available when their students do their lessons," said Mary Anne Byrd, the district's Executive Director for Community Relations.

In a school board meeting Tuesday night, they approved a September 8 start date to give more time for planning.

Lee County Schools is also exploring options for the start of the school year. They will discuss some of the reopening ideas during their next meeting on July 23.

Lexington One School District held a virtual town hall on YouTube. The full video can be found here.

District Superintendent Dr. Greg Little says their June 23 plan was a good start, but have since updated it.

"We pushed our start date back to August 31," says Dr. Little. "It will allow us to plan, train, practice our safety procedures. "It will give us time to have our hand sanitizers our Plexiglas, all of the PPE we've ordered and have that stuff come in."

He says they plan on having hand sanitizer in all classes and relying on mask use throughout the day for students.

They have submitted plans that would include an A-A,B-B schedule Monday through Thursday and then have online classes on Friday.

That’ll be the plan for the first four weeks and the district hopes to get to five-day classes if it’s safe to do so.

RELATED: Lexington Two School Board plans for hybrid start for the school year

This includes the virtual academy and an in-person plan.

If families choose the in-person option, students will have a hybrid/blended start of the year on September 8.

The district said once numbers are down to an acceptable DHEC level, they will transition to a five-day in-person plan as quick as possible.

Lexington School District Three officials detailed reopening plans Tuesday night. They plan to submit it early next week. A Parent Choice Form will be mailed out where parents can select the learning model that best fits their child for the first semester. For the upcoming school year, students will have virtual, in-person instruction and hybrid options for learning.

Elementary and Primary School students will also have choice of having five-day instruction.

Middle and High School would have the option to go virtual or have a hybrid schedule.

As of Wednesday evening, their website reads, "Our current reopening plan provides parents and students with a choice between a K-12 virtual program or hybrid model consisting of weekly on-campus and virtual instruction."

"Due to the Governor's newly announced recommendations, Lexington Four is reviewing our plan in collaboration with the SC Department of Education to ensure we meet legal mandates while maintaining our ability to follow established health and safety guidelines to the extent possible."

Lexington-Richland School District Five officials said their plan already includes a 5-day traditional option for learning and a virtual option. Their full plan will be shared with parents soon.

The district says the in-person option will include safety measures including masks requirements and social distancing protocols. A hybrid model may be something they discuss in the future.

School District of Newberry County officials tell us board members will have a meeting on Tuesday at 3 p.m. to discuss their plan but didn't share any details.

Administrators with Orangeburg County School District said, as of Friday, they don't have an official plan yet. They are looking at several options that include both in-person or virtual.

They will have a board meeting next Tuesday and hope to release plans between July 28 - 30.

RELATED: A look inside a socially-distanced classroom, as districts work to finalize return plans

Richland School District One Superintendent Dr. Craig Witherspoon said they need more time to plan, so they filed for an extension. The original start date was August 19, but Witherspoon said he's going to suggest pushing the start date back in their meeting on Tuesday.

"We were and still are considering some hybrid[models] where we would bring kids back two days a week for a certain group of students and two days a week for another group. So, we could still do the social distancing, we could still do some of those safety protocols. Certainly, any five-day, all students [model] would not be able to consider any of those social distancing pieces."

The Richland Two School District is still looking at a tentative start date for August 19. In a meeting last week, board members were presented with a three-phase approach for reopening schools. E-learning will be in the first phase, a hybrid model in the second and traditional classes in the third.

In a statement to News 19, the district says in part:

Administrators from Richland School District Two along with the Richland Two Reopening Schools Task Force met today after Governor Henry McMaster held a press conference regarding reopening schools on July 15, 2020. As planned, district administrators will present the final draft of the district’s reopening plan during public session of the Tuesday, July 21, 2020 board meeting. The final draft will be based on the phased re-entry plan that was presented at the July 9 Special Called Board Meeting.

“Those who are making the decisions about the upcoming school year for Richland Two, want to reunite our students and teachers in their classrooms as soon as possible,” said Richland Two Superintendent Dr. Baron R. Davis. “We know there is no way to fully replace the value of traditional instruction. However, the pandemic continues to present safety challenges and concerns for students and employees. We are committed to doing what is best for our students and employees.”

The Sumter School District, who had finalized their plan of holding classes virtually starting August 17, said they will have to re-evaluate.

Saying in a statement: There are several factors that we take into consideration regarding the safety and well being of our students and staff when decisions are being made. Dialogue is currently taking place regarding this matter.

Sumter County has filed for an extension with the Department of Education and will re-evaluate their plans in a board meeting on Monday.