Kershaw County leaders want voters to approve a penny tax and a new funding plan for the school system, a proposal that would replace or renovate many of the districts existing buildings. 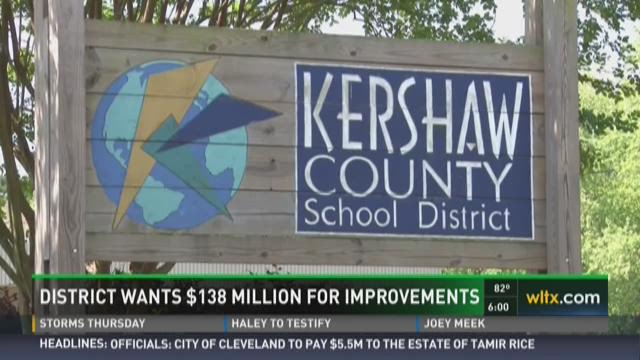 Administration said it would help replace and renovate school buildings in the district.

Voters will be asked two separate, but related, questions: one, to approve a series of school upgrades or new construction paid for through a series of bonds, and two, to sign off on a one-cent penny tax.

The county said the following construction would happen within five years if voters approved both measures:

By agreeing to the first question, voters give the county the authority to issue public bonds to pay for the improvements, which means property taxes would need to be increased to pay off that debt. Approve the penny tax, the county says, and that money will offset the property taxes increased by the construction, meaning residents wouldn't actually see a property tax hike.

The sales tax would be in effect for 15 years.

Larry Robb agreed, but he said he doesn't trust that the district will honor the taxes expiration date of 15 years.

"The local governments have a tendency to impose these taxes. When the project is over, the tax remains. The money is then put in the general fund and in my opinion a lot of it would get squandered," Robb said.

A few years ago the district placed similar items on the ballot, but they failed.

"When it failed they knew there was still a need to address those concerns,” said district spokesperson Mary Anne Byrd.

Byrd said the district listened to the community and changed their plans which included scaling back on sports facility projects.