The District was one of 22 winners across the United States 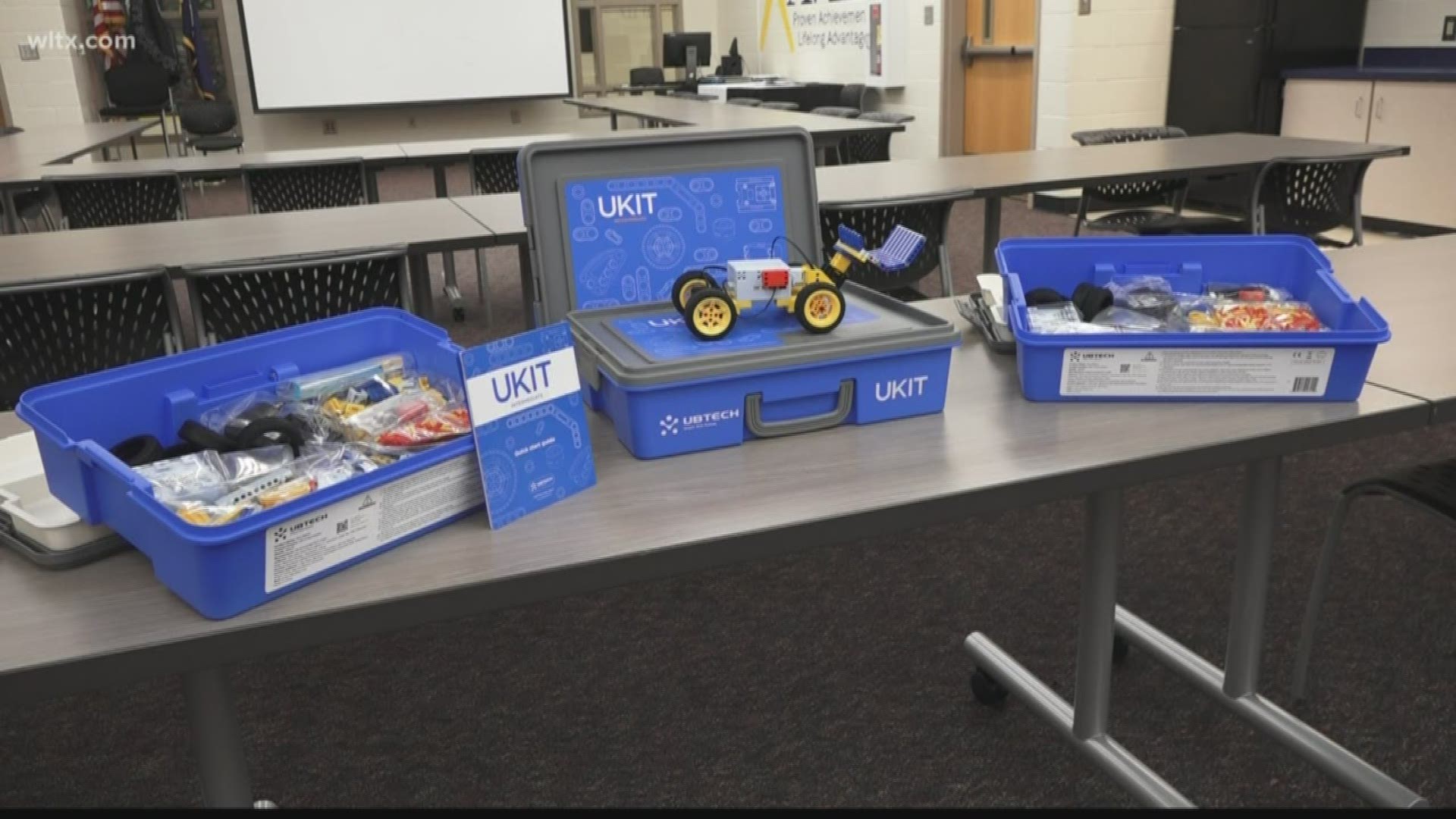 BLYTHEWOOD, S.C. — Students at a Richland Two School District middle school will have new opportunities to use robots in many of its classes after the school won a nationwide grant.

For two years, Kelly Mill Med Pro Middle School in Blythewood has been transitioning to STEAM education with an added medical focus, technically making it STEAMM.

Deciding to implement the program, which focuses on science, technology, engineering, arts, and math was a no brainer for curriculum specialist Ezetta Washington Myers.

“As we prepare our learners to be 21st century learners, we're also thinking about-- we're preparing them for skills and for jobs that we don't even know about,” Myers said on Monday.

The school, currently in year two of a four year STEAMM transition, has more than 900 students split into 6th, 7th, and 8th grade.

Sixth grade teacher Warren Wise took the focus on STEAMM a step further, urging the school to apply for a UBTECH robotics grant this summer.

Wise was named this year’s STEM Educator of the Year in South Carolina and attended a conference in Florida, where he learned about the grant. Along with the help of the District and Myers, the school applied for the grant.

In October, the District was named one of 22 winners in the United States and the school is the only one in South Carolina to receive the grant.

“When you actually instill that in a student saying, 'Hey you're doing the same thing as what these other companies or adults are doing, but you're starting in a 6th grade level, a middle school level, that builds confidence in them that they can actually do this. Once that confidence starts to grow, then their work ethic grows after that,” Wise said.

As part of the grant, the school received 32 robotic kits, help with curriculum, and professional development resources for free for two years.

Wise said the school’s 6th graders were already itching to get their hands on them.

“I'm excited about the robots because we do a lot of note taking and we don't really get a break to like really experiment with things, so I think this will be a nice feature to the classroom,” said 6th grader Imani Smith.

“I think it's going to be cool cause not a lot of people know how to code and like coding is a good job, it pays a lot of money and kids will learn how to not just go home and play video games, actually do something constructive outside the house,” said fellow 6th grader Talan Staley.

10-12 teachers will train with the robots this week and the program will begin sometime next month.

Wise said the school plans on using the robots across a variety of subjects, not just science and math.