4K education expands to all parts of South Carolina

An infusion of cash from the state will mean increased access to a free, 4-year-old kindergarten program for children who may not have previously qualified. 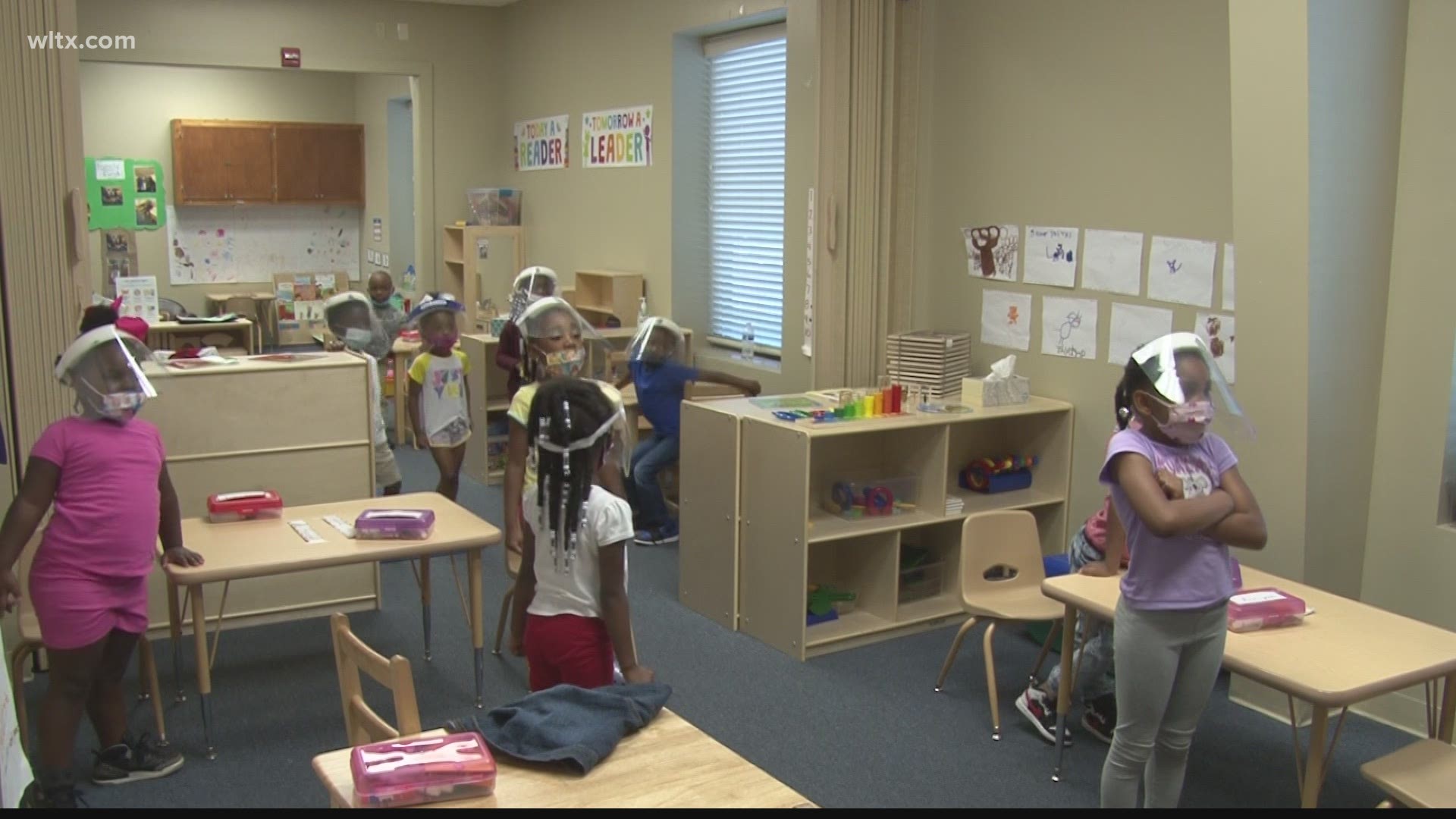 COLUMBIA, S.C. — An infusion of cash from the state will mean increased access to a free, 4-year-old kindergarten program for children, who may not have previously qualified for the program.

In this year's state budget, Governor Henry McMaster requested the legislature to save funds to expand 4K.

In the state budget that began on July 1, the legislature allocated $37 million to expand 4K in the state. Of those funds, SC First Steps received $15.4M.

"4K is an educational experience that takes place in the year before a child turns 5 and goes to kindergarten," said Georgia Mjartan, Executive Director of SC First Steps.

Mjartan has been serving as the Executive Director for First Steps for nearly 4 years. She said First Steps is a nonprofit state agency that works to ensure all South Carolina children are prepared for success in school.

"Because of the new legislation, South Carolina First Steps can provide free 4K to every eligible child across the state," Mjartan said. "They have to be found by September 1st, Medicaid eligible, in poverty, homeless, or in foster care. If they meet any of those criteria, any one of them, then they can be a part of the program. And again, a majority of South Carolina's 4-year-olds would qualify."

In previous years, children who were part of 4K had to live in certain school districts to be a part of the program. Mjartan said those qualifying districts were selected based off the majority household income.

One of those districts included Richland School District Two in the Midlands. But with the new budget, students from Richland Two and every county in the Palmetto State are eligible.

Mjartan said this new expansion allows First Step to have 4,400 students be a part of 4K. The program teaches students math, science, English, and art.

5-year-old Jillani Stanley started this program in August of 2020. Her mom, Jameasha Stanley, said she has watched her daughter intellectually grow. She said her daughter can read, spell, and write full sentences.

"I’ve seen my child excel, extremely," Stanley said. "I have seen so much growth, and she’s happy. And she’s willing to learn because she’s wanting to learn. She loves to come to school. When there’s a day out, she wonders why she can’t come to school. And that speaks volumes for this program."

Stanley said she is a full-time working parent, who was worried about a potential disconnect from the classroom back to home. She said with the SC First Steps 4K program, that's not the case and she has no concerns.

"When I would ask her ‘What did you learn today,' she can regurgitate everything that she learned," Stanley said. "And she’s excited about learning and that makes a difference in this age."

RELATED: A plan to make pre-kindergarten free for all children

"This is a partnership between South Carolina First Steps and the S.C. Department of Social Services," Mjartan said. "Any one family who enrolls their child into First Steps 4K gets a full year scholarship for all the other siblings in the family to attend a high quality child care center.

Mjartan said they don't have to go through a different qualification process. Siblings are automatically qualified for the scholarship.

"It makes it possible for families to return back to work, go to school, to take care of what they need to do for their own economic stability in recovering from this pandemic year."