South Carolina lawmakers have unanimously passed a bill that would add the national suicide prevention hotline to all middle, high school and college ID's. 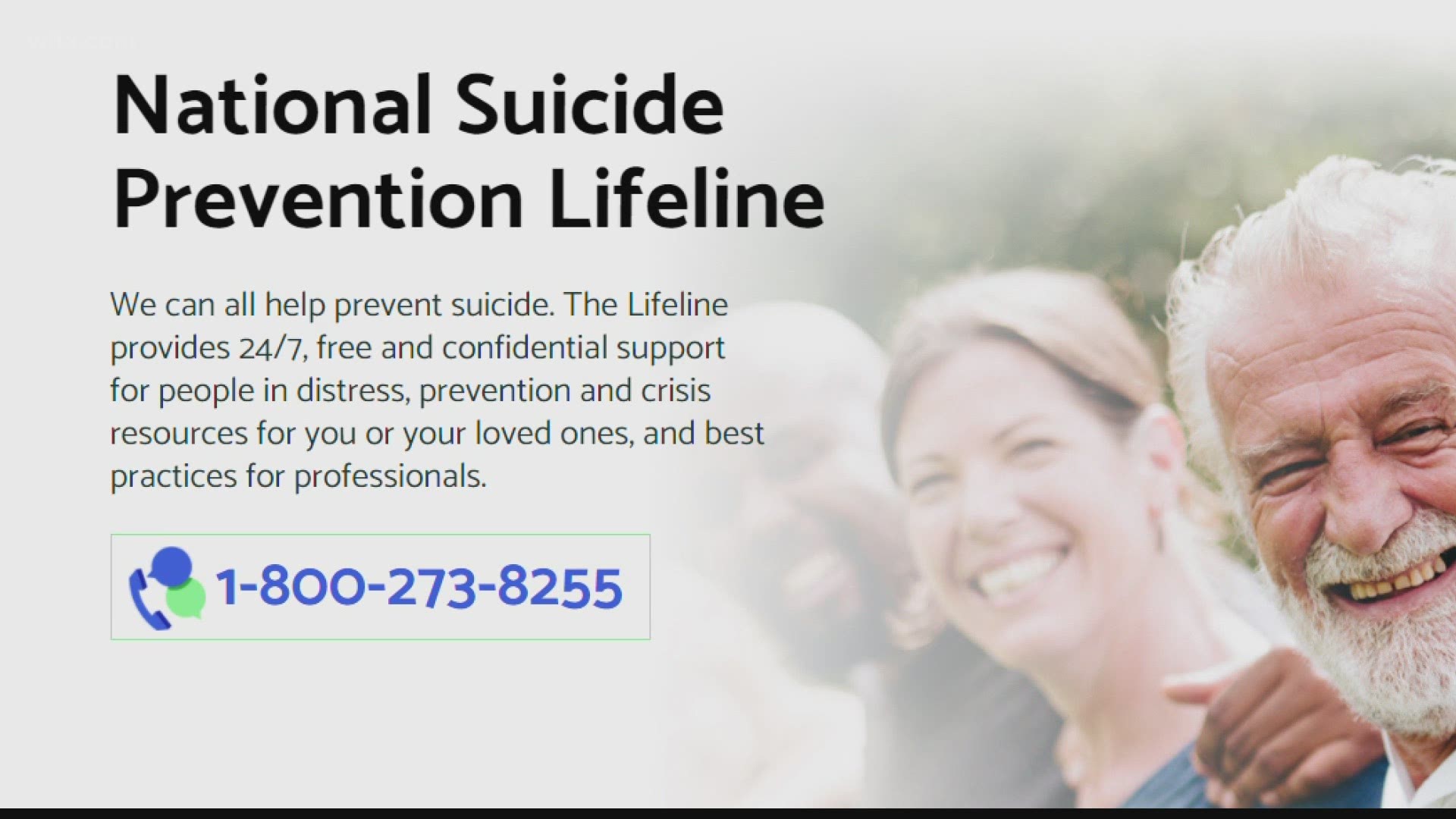 COLUMBIA, S.C. — A bill, proposed back in January, is making it's way to the governor's desk.

The legislation requires all South Carolina middle, high schools, and all colleges to print the National Suicide Prevention Hotline number on their student's identification cards.

"We are thrilled about our legislators getting this through and maybe becoming law here soon," said John Tjaarda, the area director of the SC Chapter of the American Foundation of Suicide Prevention (AFSP).

Last week, the Senate and House unanimously voted to pass the legislation.

The legislation would also require schools to print contact information for a second crisis hotline of its choice, like dating abuse prevention.

"We have 852 suicides in 2019, and that's 852 too many," Tjaarda said. "Suicide is a preventable mental health condition and we're here to help try and prevent it. Just having access to that number, having access to those crisis lines can help people get through those.”

According to the AFSP, suicide is the 10th leading cause of death in the county. Compared to other states, South Carolina is ranked 24th for most cases.

Tjaarda told News 19, suicide as the third leading cause of death for ages 10-24 in South Carolina.

Megan Zappitelli is a child and adolescent Psychiatrist at Prisma Health. She said this legislation could make people more likely to use the Suicide Prevention Hotline number in crisis situations.

She also said this could make people feel more comfortable reaching out since the number is readily available to them without having to research or ask someone for it.

Zappotelli said there has been a stigma asking people if they are having suicidal thoughts. She said it can be hard to ask if someone is suicidal, but it shows support and does not increase the risk for contemplating and attempting suicide.

"In fact, it lowers their risk for attempting suicide if you ask how they're feeling," Zappitelli said. "I think, especially for parents and teachers and other community members, if I asked you the question of, 'are you feeling suicidal,' I'm also demonstrating, 'hey, I can handle it and these topics are okay and they're safe to talk about.'”

Suicide Risk Factors: Risk factors are characteristics or conditions that increase the chance that a person may try to take their life.

Suicide Warning Signs: Something to look out for when concerned that a person may be suicidal is a change in behavior or the presence of entirely new behaviors. This is of sharpest concern if the new or changed behavior is related to a painful event, loss, or change. Most people who take their lives exhibit one or more warning signs, either through what they say or what they do.

If a person talks about:

Behaviors that may signal risk, especially if related to a painful event, loss or change:

People who are considering suicide often display one or more of the following moods:

If the governor signs the bill into law, the requirement will state July 2022.