S.C. likely to roll out wifi-enabled buses on Monday as students learn at home

The state has received more than 470 requests for wifi-enabled buses to help students. 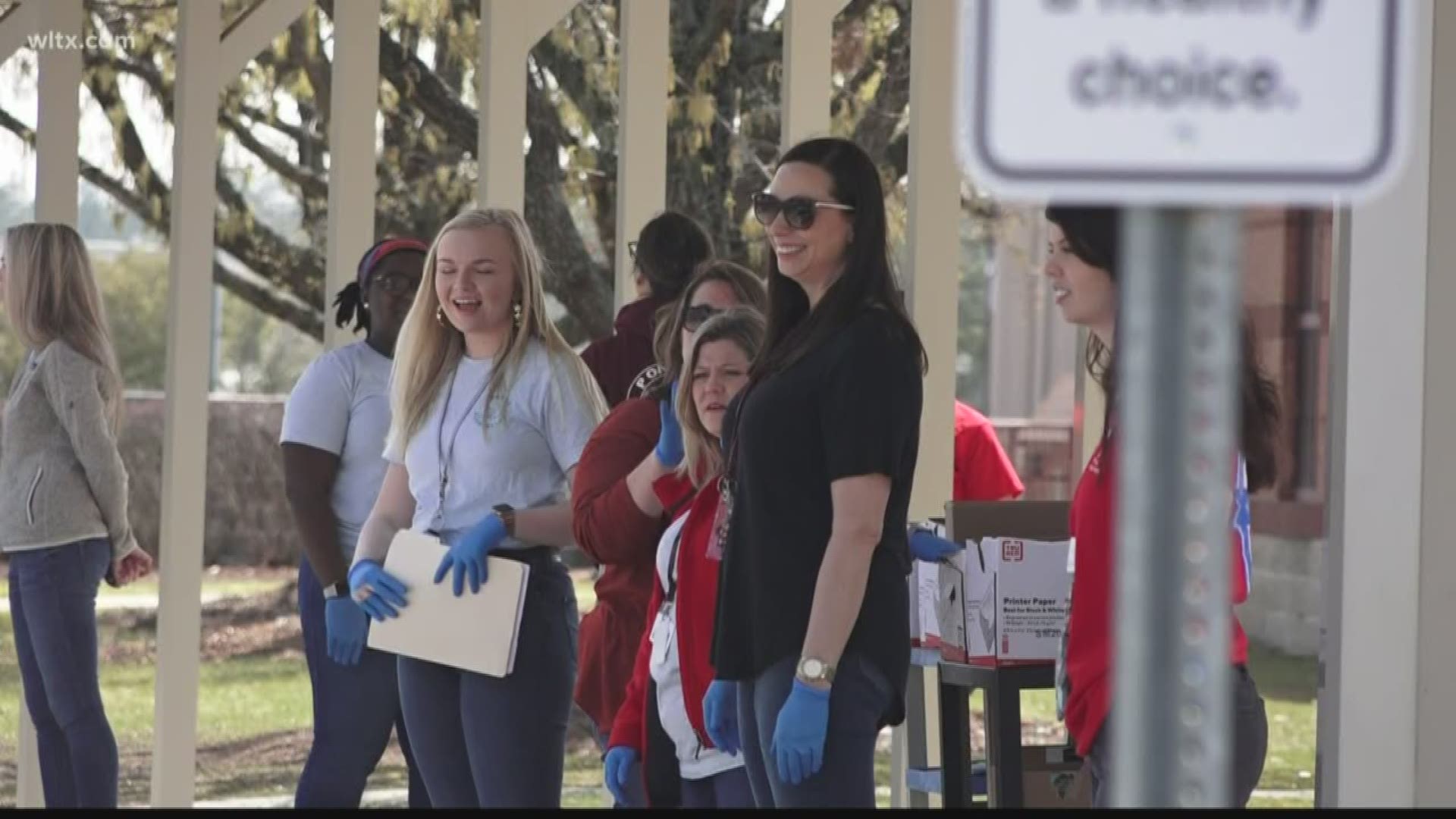 COLUMBIA, S.C. — The South Carolina Department of Education said 3,000 school buses are being connected to internet providers this week.

The buses, which already had wifi capability, are in the process of connecting to providers, now that contracts are signed, according to the Department of Education.

So far, the state received 477 requests for buses with wifi ability. 1,102 school buses are already being used for meal delivery, according to numbers from the Department.

If your child needs internet access for school, the state plans to release a map of wifi-enabled bus locations and districts and will communicate with parents directly. You also can get 60 days of free internet access through Charter.

The modified buses will roll out starting Monday, when students across the state will begin the first full week of remote, or e-learning.

Schools, which were closed Sunday afternoon, have chosen various days this week to begin remote learning.

However, students from some districts and schools will not need the wifi buses, or even internet access.

“In honor to be equitable to all of our families, our district worked so hard. Our teaching and learning department at the district created remote learning packets, and these are packets of about 100 pieces of paper,” said Principal Katie Barber.

On Wednesday, in two different sessions, parents could come pick up the learning packets.

“You know, it's about finding the joy in the moment, and so, while teachers did not have to report [Wednesday], many of them as you can see, wanted to be here. They want to see these students, they want to be here, and they want to help! I think in the midst of chaos sometimes, people find that serving others is therapy,” Barber said.

The teachers, who were practicing social distancing, clapped and cheered as parents drove up with students to collect packets.

The school also had music playing. Barber added some of her teachers took the time to write hundreds of post cards to students at their home addresses, while others recorded videos to send to classroom email lists. She said they wanted to make sure their students knew they cared.

Parents like Kionna Keels, who has two 8-year-old twins, were able to pick up the packets on Wednesday.

“Communication from our district has been really good. I love being able to go to Richland Two dot org and just check in and see what Dr. Davis is saying, my principal emails us, we have really felt like we know what's going on. And things have had to change, I mean what we hear on Friday and what we hear on Monday might not be the same, but the district has really kept us involved and informed,” Keels said in the front seat of her car.

Her two twins sat in the back seat.

Keels, who's a teacher along with her husband, said she's not nervous about teaching at home.

“I gotta say I'm not super worried about teaching at home, because my husband and I, we do get to teach, I've taught elementary, he's an elementary teacher, and we're home all summer long with our kids,” Keels said.

The packets have enough assignments for 10 days of schoolwork, after the 10 days are up, it’s anyone’s guess what will happen with South Carolina schools as the coronavirus continues to spread.

Barber said they had no official announcement or expectation of what would happen to the school year after the end of March or when students would be able to return.

The Pontiac Principal, in her 20th year in education, said she's never experienced anything like the current crisis.