Every district in the state is preparing to move to online and at-home learning. 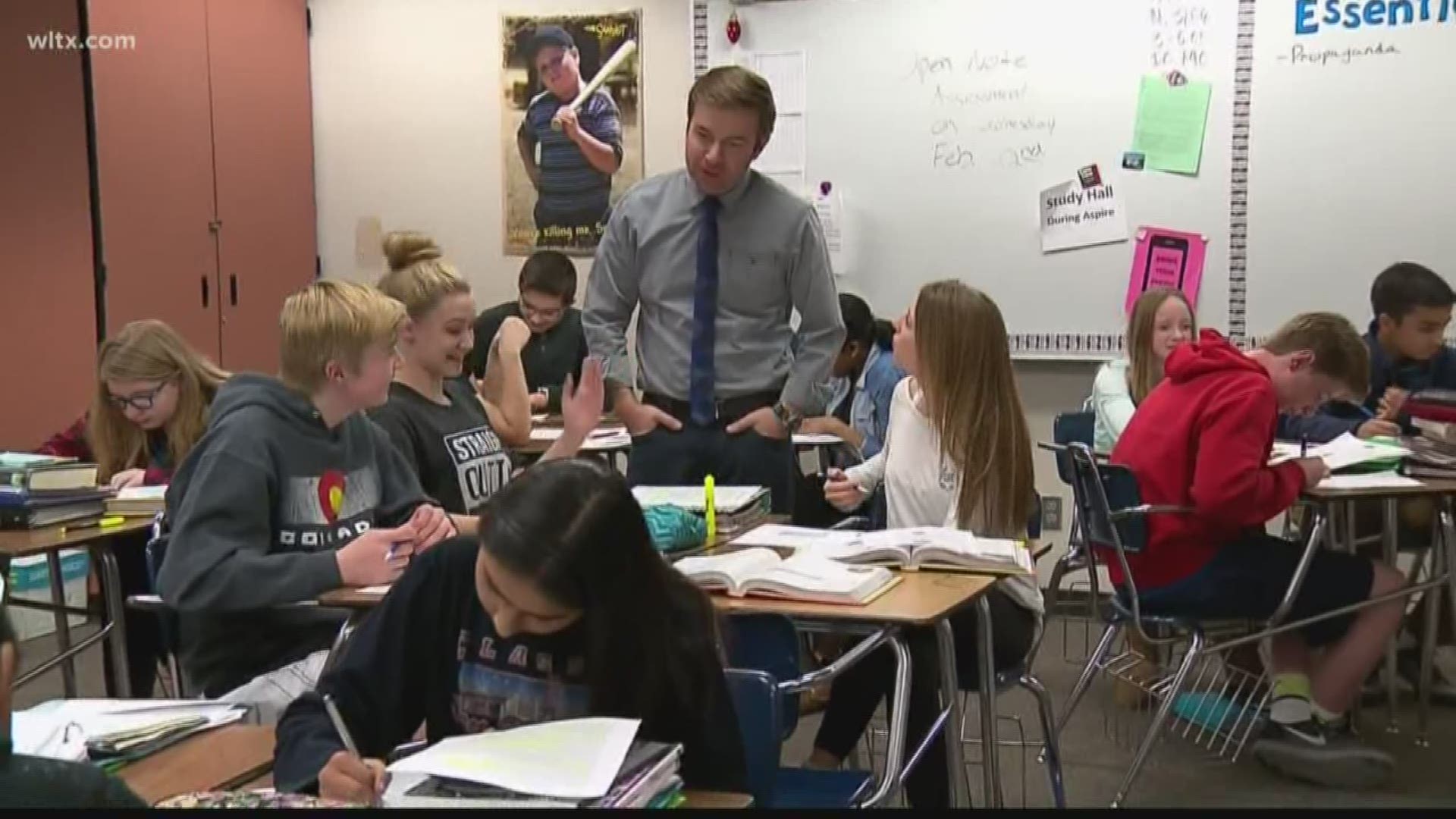 COLUMBIA, S.C. — Districts across the state submitted their e-learning plans to the state Department of Education for approval in recent days as it became obvious Governor Henry McMaster would close schools.

The statewide closures, due to the spread of the coronavirus, were officially announced Sunday.

The decision now faces rapid implementation as the state tries to move its roughly 1250 schools to learning at-home and online.

The first hurdle will be wifi access for the state's hundreds of thousands of students.

"Our transportation office is in talks with service providers to equip some 3,000 school buses that we have the hardware to deliver wifi. We are asking our service providers to work with us so that these buses could be used in remote areas so that folks could come to those buses throughout the day if they do not have wifi access," said Superintendent Molly Spearman at the press conference Sunday.

The S.C. Department of Education said Monday they were asking business partners and service providers to add in other ways to connect as well.

Charter Spectrum announced it would offer 60 days free wifi to students in need. The service is open to students who need it, no previous Charter account is required.

Besides wider internet access, Ryan Brown with the Department of Education said there were other backup plans.

"If a student does not have internet but has a take home device, instruction materials can be uploaded to the device and used offline. If no device is available, paper packets are being used," Brown said Monday.

In some school districts, like Lexington Two, parents and students already have some practice for e-learning.

Brooks said the district held at least one practice day this year, so they're hopeful parents and students have a limited idea of what's in store the next few weeks.

"We started about two weeks ago preparing. We have asked teachers to always have 3 lessons ready to go. So, when this started happening we asked them to ramp it up to 5 lessons. So now, we're in the process of adding more," Brooks said.

But, the Lexington Two e-learning program will not begin right away either.

"One of our issues currently, is in our elementary schools. They don't take devices home every day with them. So, we're in the process of making devices and choice board packets for our K-2 students available tomorrow. That will be from 10 to 4 o'clock that parents can come by the elementary schools and pick up those devices. And so, we are planning to kick off our e-learning days beginning on Wednesday of this week," Brooks explained.

For example, in Lexington Two, pre-kindergarten through second grade gets a packet sent home, 3-5th grade gets a 50-minute lesson in major subjects, middle school gets one-hour lessons per major subjects, and high school students receive one-hour per class, according to existing District documents.

For details on what to expect in your student's district, please stay tuned to district communications and look on their websites.