While state law says schools could lose funds for requiring masks, the answer to how much or way of enforcement is seemingly unclear, even to those in power. 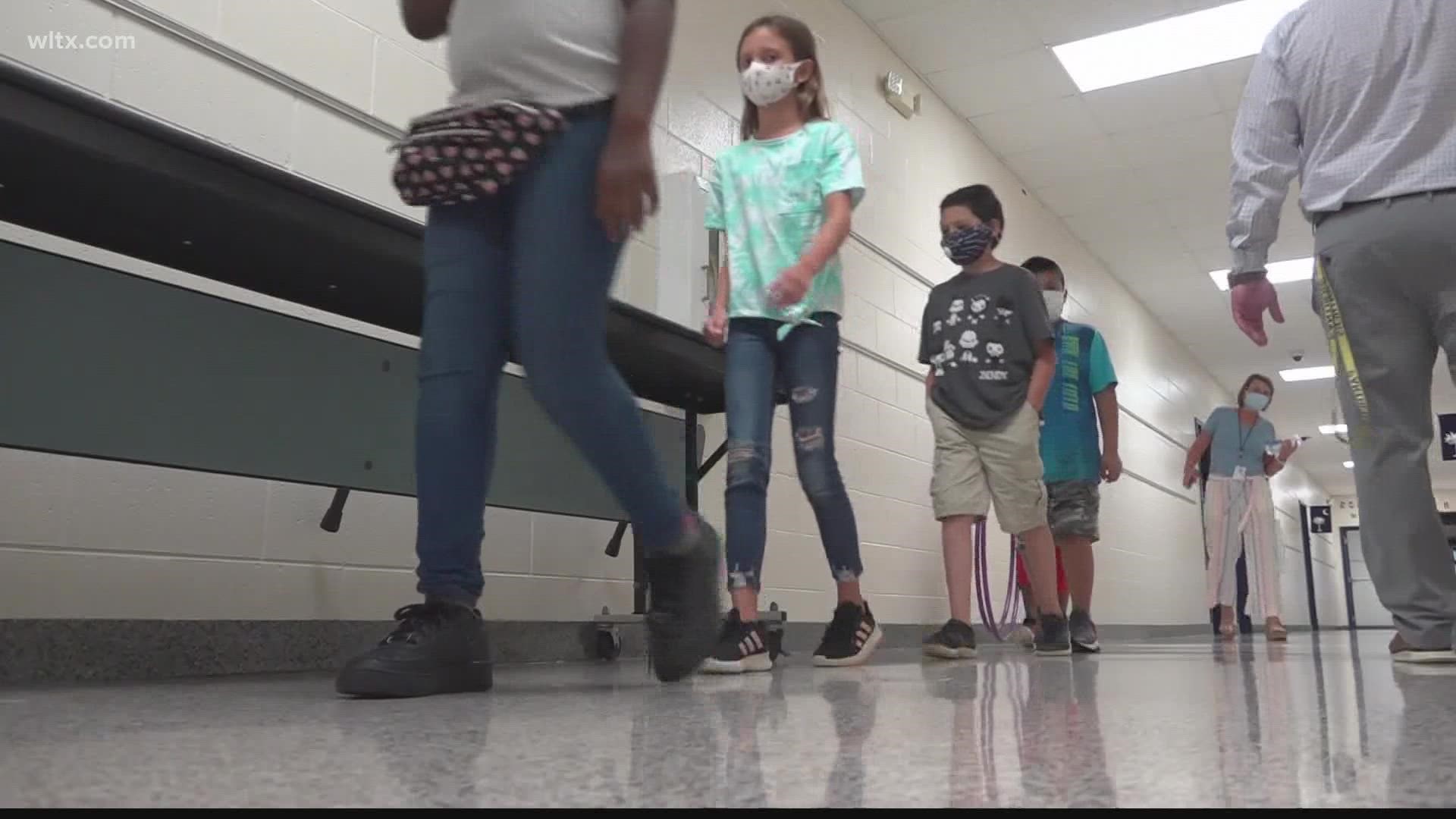 SUMTER, S.C. — The state ban on school mask requirements puts districts at risk of losing funds, but how much could they lose?

The answer is seemingly unclear, even to those in power, after they say the budget proviso was written with no instructions on how to enforce it.

In Sumter, where they've been debating a mask requirement, the district said they have no definitive amount of how much they could lose, only the language provided by lawmakers, and that the governor, who signed off on the law, would be a better person to ask.

His office did not respond to our request for comment.

So, News19 took the question to the State Department of Education, which oversees state funding for schools. They also couldn't provide a funding amount.

"The proviso does not provide a specific penalty for non-compliance so at this time, amidst ongoing litigation, I cannot provide you with a specific amount nor how it would impact operations," said Ryan Brown, a department spokesman.

The State Attorney General's office, which is currently suing the City of Columbia for creating a school mask mandate, said they also don't know how much money a district could lose because, "the proviso the General Assembly passed does not spell out a penalty or how it would be enforced."

But that doesn't mean a penalty isn't possible.

“It would take someone introducing a bill or working through the budget process that we would have next year in order to figure out how much to penalize someone for trying to save their children’s lives this year," Rep. Rutherford said. "Because there is no penalty set out by the General Assembly in that budget proviso, I don’t believe that there would be any penalty that we could exact on a single school district because that is not how we allocate funds.”

Still, districts are left with questions, unsure if a mask would mean money lost to support their schools.

RELATED: Lawmakers weigh in on state law that prohibits mask mandates in schools