Amazon founder Jeff Bezos had an out-of-this-world trip, and it's inspiring a few young astronauts at a space camp in Newberry. 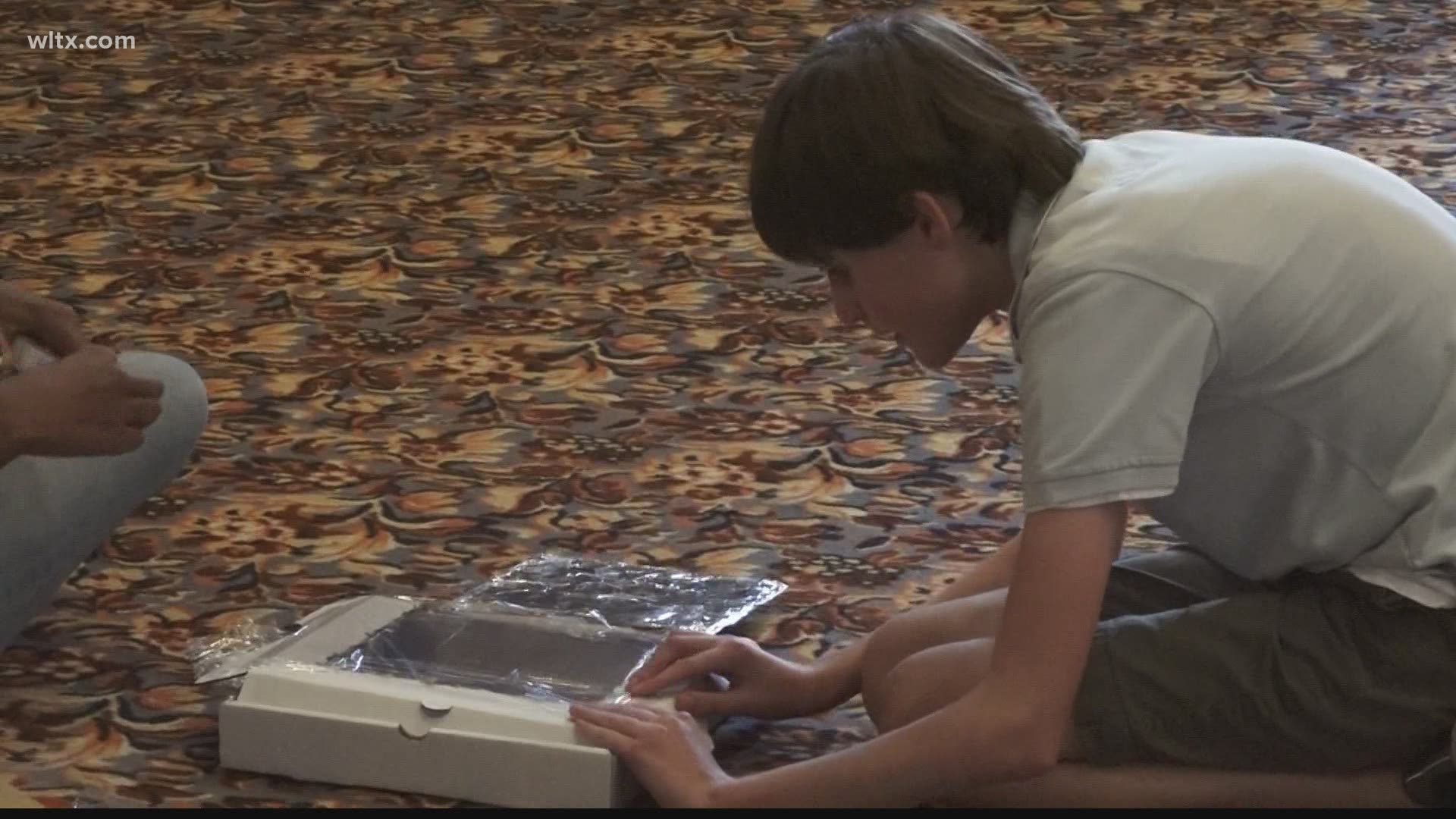 "Jeff Bezos really improved on a lot of things, and it's cool to see him land the rocket ship," said James Asher-Stephens, Astronaut Academy camper.

"The fact he could go into to space with the training or be classified as an astronaut is amazing," said Amera Dubos, Astronaut Academy camper.

"It was very interesting," Kruz Boucknight said. "They were going about 2,000 miles per hour, which was very exciting."

"This group did watch it live through Janice Planet and the Blue Origin Group," explained Molly Fortune, Newberry Opera House's executive director. "They were able to ask questions as it was happening. The oohs, the ahhhs, and the 'oh, my gosh' ... we could hear what was going on in the capsule. To have an opportunity to watch something like that live, with people you can type questions to, was amazing."

Astronaut Academy teaches elementary and middle school students the math, science, and technology that goes into sending someone into space. Each module teaches them what astronauts go through.

"We talked yesterday about why you launch in Florida," said Fortune. "That's because it's the closest place next to the equator. The equator is the fastest thing spinning on this Earth, so it's easier to get out."

Bezos's company, Blue Origin, made the ship he flew. Just like the Amazon founder, the campers were tasked to make their own rocket ships that they will launch on Friday. However, the future astronauts at camp will have a different experience than Bezos.

"It's really fun to see how people can do stuff like that, to land a rocket ship," Asher-Stephens said. "Hopefully, I can discover Mars."