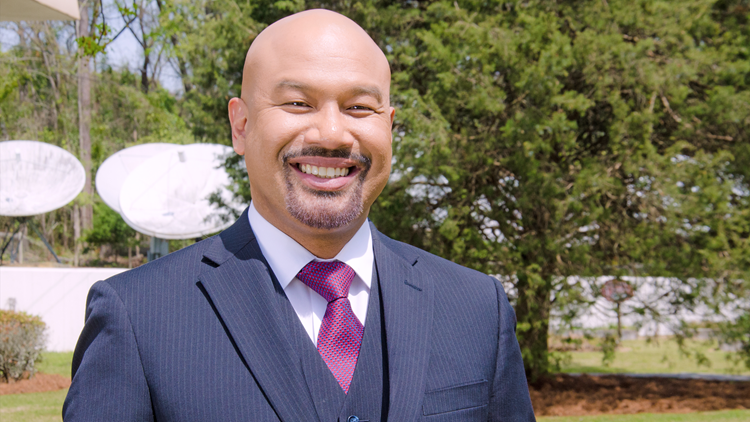 Columbia, S.C.  – Efren Afante has been named Chief Meteorologist at WLTX, taking over the reins from the retiring Jim Gandy.  Afante will assume the role on June 1.

“It has truly been an honor and privilege to work with South Carolina’s Weatherman, Jim Gandy, over the past several years,” said Afante.  “I pledge to continue in his tradition of serving our viewers with the most accurate weather information in The Midlands.”

Efren Afante’s background in meteorology is deep.  While getting his degree from the University of Oklahoma’s College of Atmospheric and Geographic Sciences, he worked with the National Severe Storms Laboratory’s mobile radars.   His research experience includes lightning detection with University of Florida researchers, and a major tornado research project - VORTEX2.  He also assisted in analyzing data collected from various tornadic storms, hurricane deployments and other projects at The National Weather Center in Norman, Oklahoma.

Afante transitioned from research to broadcasting in 2013, starting at WJTV, the CBS station in Jackson, Mississippi, where his knowledge was extremely important in covering a rare winter snow and ice storm and the severe tornado outbreak in 2014.  In 2015, Afante joined WLTX as Morning Meteorologist and worked side by side with Jim Gandy during South Carolina’s severe storms that included Columbia’s historic flood of 2015, Hurricane Matthew in 2016, Hurricane Irma in 2017 and Hurricane Florence in 2018.

“Efren certainly has the meteorologist chops,” said Rich O’Dell, President and General Manager of WLTX.  “His vast knowledge of the science, his shared experience of major South Carolina weather events, plus his love for the people of the Midlands, makes him the perfect Chief Meteorologist for WLTX.”