The Texas native celebrates another trip around the sun! 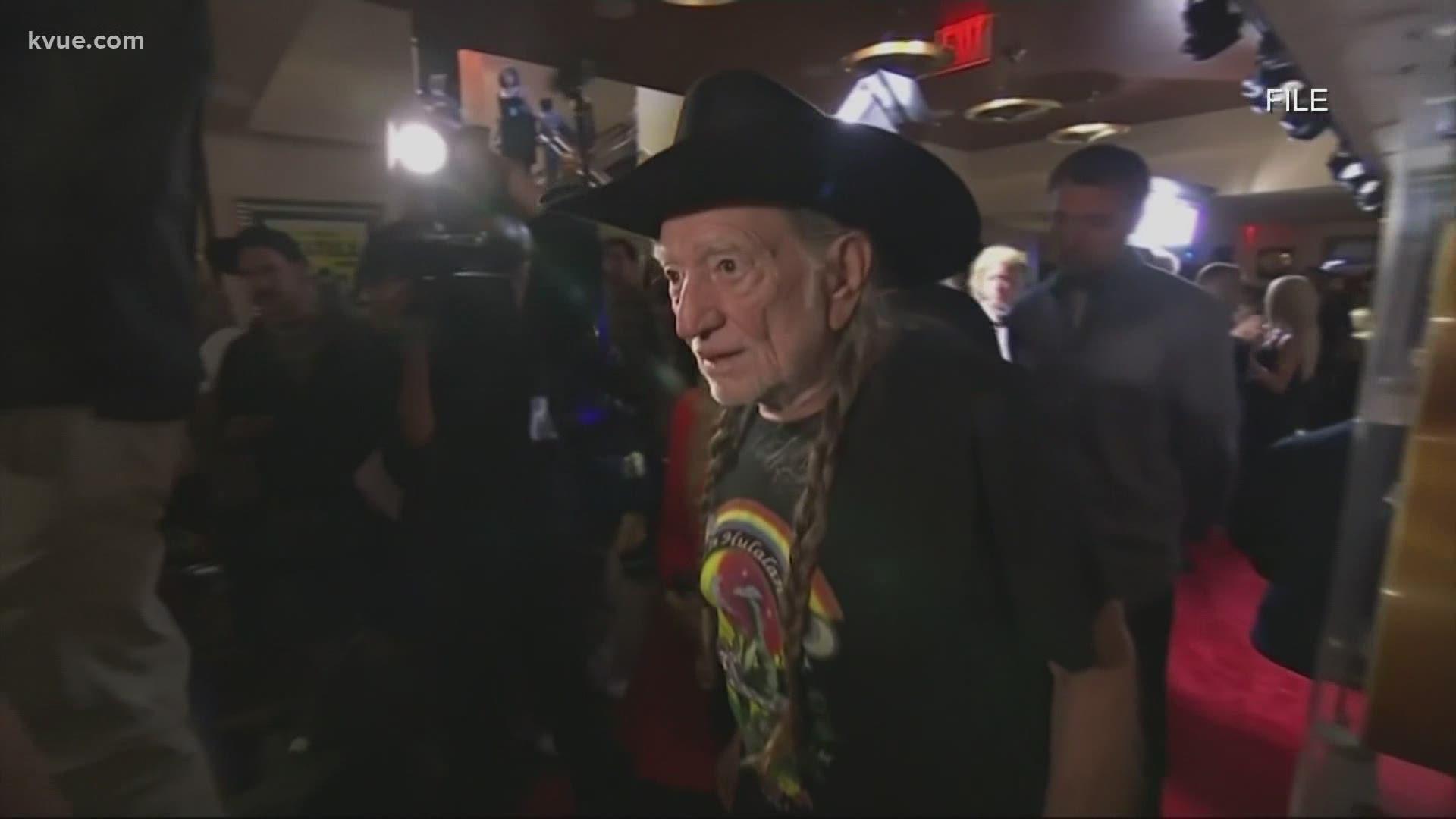 According to the Willie Nelson and Friends Museum in Nashville, Tennessee, he graduated from high school in 1950 before joining the United States Air Force. After eight months in the USAF, he began studying at Baylor University with a concentration on agriculture.

After dropping out of college, Nelson worked as a DJ, while also writing music and playing gigs whenever he could.

Nelson moved to the Austin area in the 1970s where he began to find success as a recording artist.

"The most important early milestone of this revolution was the Dripping Springs Reunion concert, a large Woodstock-style event held on a piece of Texas ranchland in March 1972," the Willie Nelson and Friends Museum said. "Along with Willie, other performers included Waylon Jennings, Kris Kristofferson, Roger Miller, Buck Owens, Charlie Rich, Bill Monroe, Loretta Lynn, and Dottie West. It was a mix of traditional country and what was beginning to be called “progressive” country. Another massive Dripping Springs event was held on July 4, 1973, marking the beginning of Willie’s annual Fourth of July picnics."

In 1979, Nelson was named "Entertainer of the Year" by the Country Music Association (CMA).

Some of Nelson's most famous songs include:

In 1985, Nelson, John Mellencamp and Neil Young came together for Farm Aid, a concert to raise awareness about the loss of family farms and to raise funds to keep farm families on the land. Dave Matthews joined the Farm Aid Board of Directors in 2001. Farm Aid has raised $60 million to promote a strong and resilient family farm system of agriculture.

In 2015, Nelson, a proponent of marijuana, began Willie's Reserve, his own line of cannabis products.

That same year, the Library of Congress awarded Nelson with the Gershwin Prize for popular song.

President Jimmy Carter said in a letter that Nelson’s music has “enriched the lives of people far and wide for decades” and that he is truly worthy of this “prestigious and well-deserved award.”

“It is a great honor to be receiving the Gershwin award,” Nelson said when receiving the award. "I have been a fan of Ira and George Gershwin's music since I was a little guy and in appreciation for the award—and also I wanted to make some great music — I’ve just recorded a complete Gershwin album. It’s called Summertime.”

Nelson has also partnered with his son, Lukas, to cover songs by other popular musical artists including his hauntingly beautiful rendition of "Just Breathe" by Pearl Jam.

Nelson and the Luck Reunion team want a legitimate holiday to celebrate marijuana smoking and a nine-day celebration of cannabis.

"The fine people of Luck, Texas, and supporters of the great Willie Nelson, on behalf of cannabis users around the nation, are writing today to ask you to consider declaring the nine days spanning April 20 to April 29 an official national holiday: the 'High Holidays,'" the petition, which is addressed to Biden and the United States Congress, reads.

Marijuana, for recreational or medical use, is legalized in at least 36 states. Neighboring states like New Mexico, Oklahoma, Arkansas and Louisiana have legalized medical marijuana. There has been more support for marijuana legalization in Texas, according to a recent University of Texas/Texas Tribune poll.

"We believe that recognition of the ‘High Holidays’ opens the door to much-needed dialogue supporting the many benefits of cannabis while helping to remove the unjustified stigmas currently surrounding this amazing plant," the petition reads. "Please puff, puff and pass this to your friends in Congress for consideration. When you do, reflect on the immortal words of Willie: 'I think people need to be educated to the fact that marijuana is not a drug. Marijuana is an herb and a flower. God put it here. If He put it here and He wants it to grow, what gives the government the right to say that God is wrong?'"