Beyonce, Jay-Z Honored with Key to the City of Columbia

The Columbia mayor got a little one on one time with the stars, and declared August 21 in their honor throughout South Carolina's capital. 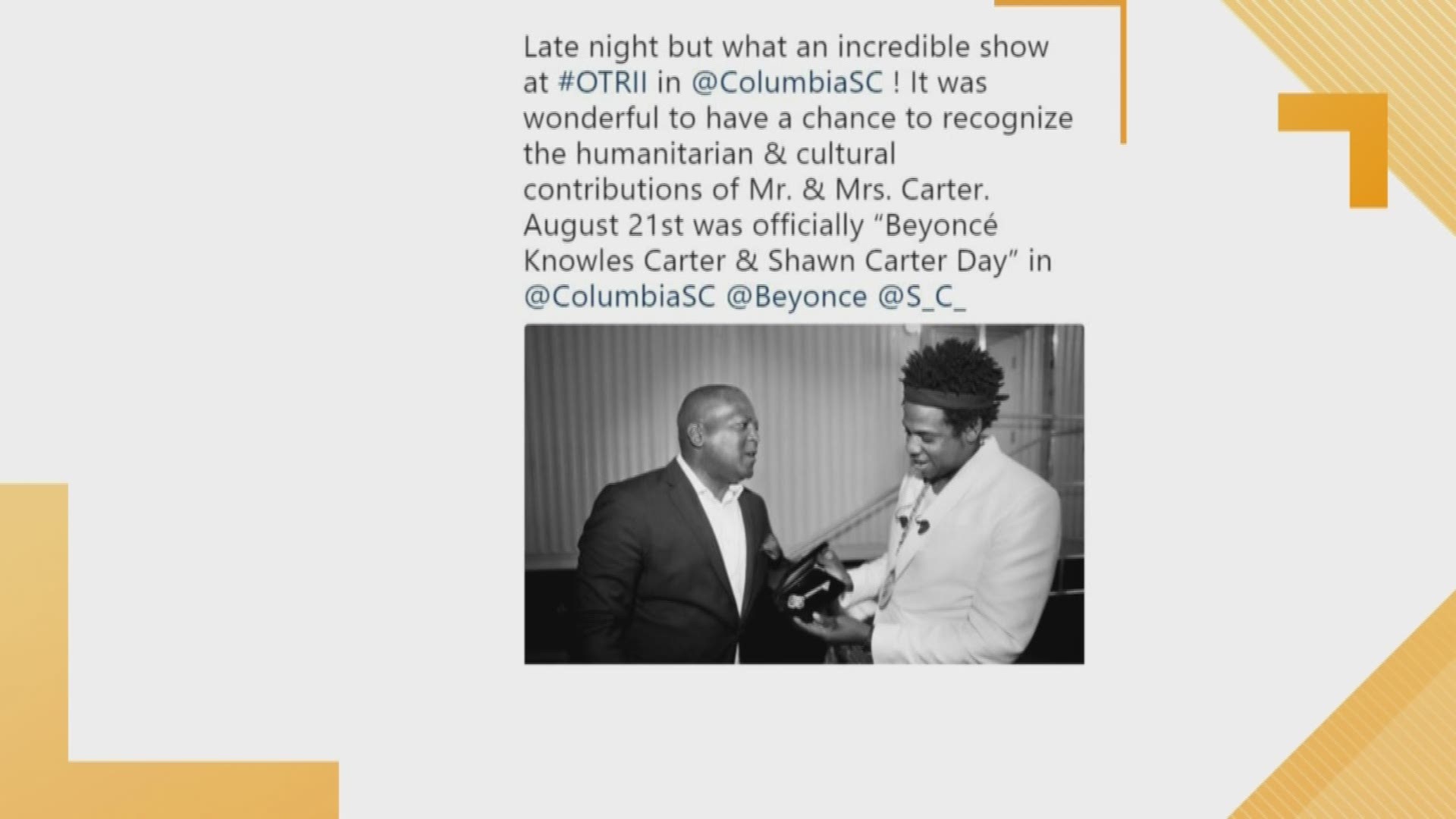 The music icons were in South Carolina's capital Tuesday to perform as part of their "On the Run II" tour that's currently making its way across America. The show, which was held at Williams-Brice Stadium, drew tens of thousands of fans to the venue.

Benjamin apparently got a few minutes of their time backstage. In a photo posted on his Twitter account after the concert, Benjamin can be seen presenting Jay-Z with a key in a box. The mayor said he also proclaimed the day "Beyonce Knowles Carter and Shawn Carter Day" across Columbia.

"Late night but what an incredible show at #OTRII in @ColumbiaSC !" he wrote in the post. "It was wonderful to have a chance to recognize the humanitarian & cultural contributions of Mr. & Mrs. Carter. August 21st was officially 'Beyonce Knowles Carter & Shawn Carter Day" in @ColumbiaSC @Beyonce @S_C_"

Based on social media reactions, fans got what they came for at the concert: Backed by a gigantic video monitor, pair performed many of the hits that have made them among the most popular artists in the world over the last two decades. There were slow songs, fast songs, raps, dancing, and even inspirational quotes to get the crowd excited.