Some facts about the neurological disorder that the Disney Channel star Cameron Boyce lived with. 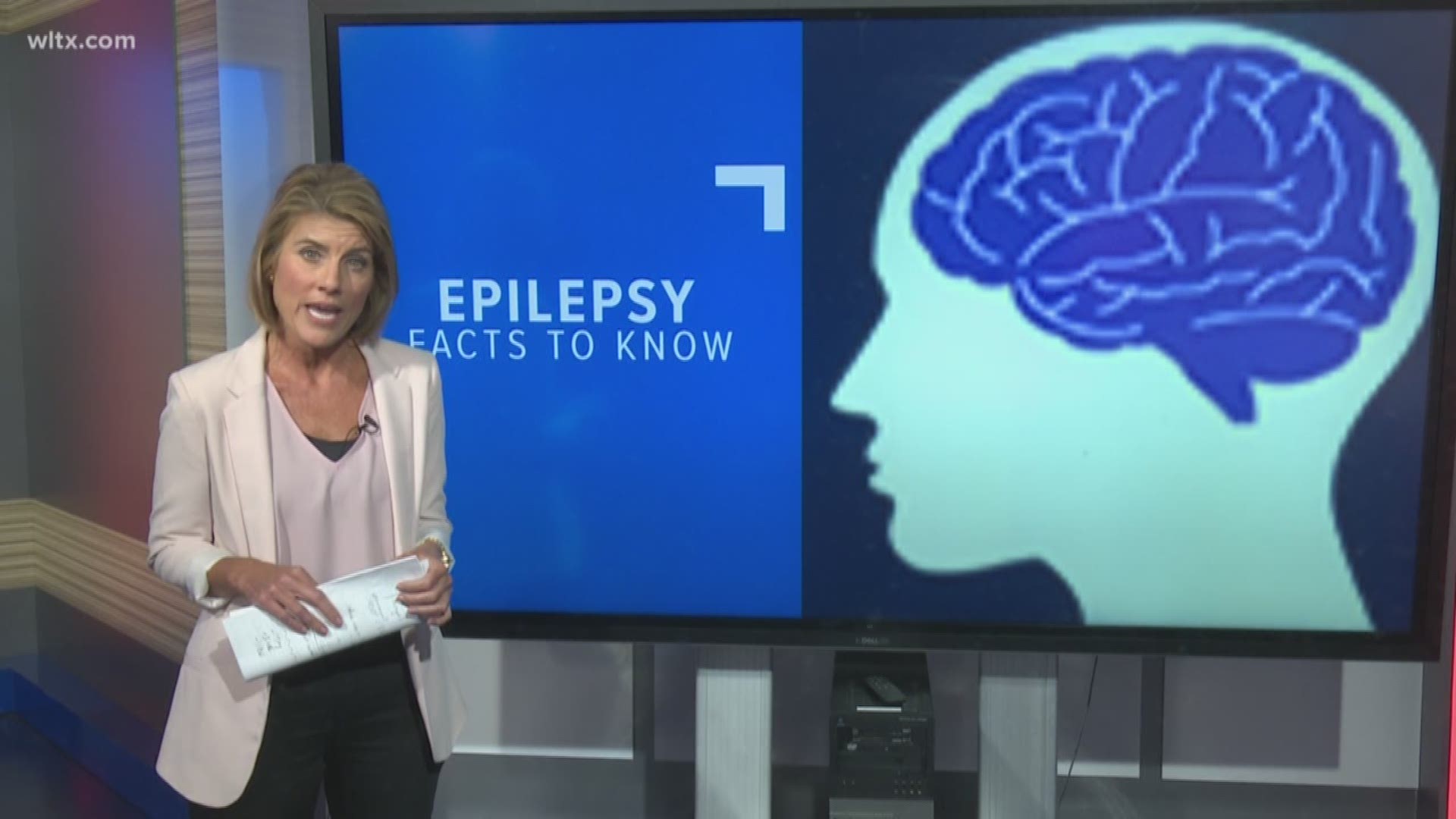 WEST COLUMBIA, S.C. — Anyone can develop epilepsy and it is one of the most common conditions affecting the brain.

Epilepsy affects both males and females of all races, ethnic backgrounds and ages.

According to the CDC, in 2015, epilepsy affected 1.2 percent of the population in the United States, or 3.4 million people, including 3 million adults and 470,000 children.

It can occur at any age, but the incidence is highest in those under the age of 5 and adults over 55.

Every function in the human body is triggered by the messaging systems in our nerves and brain. Epilepsy is a general term for several diagnoses that results when this system is disrupted due to faulty electrical activity.

The Epilepsy Foundation says the exact cause is not known. Some people have inherited genetic factors that make epilepsy more likely to occur.

Other factors that may increase the risk include: head trauma, for instance, during a car crash, brain conditions, including stroke or tumors, infectious diseases, prenatal injury, or brain damage that occurs before birth and developmental disorders, like autism or neurofibromatosis.  A person with epilepsy is not contagious and cannot give epilepsy to another person.

The family of Disney Channel star Cameron Boyce, who died in his sleep, said his fatal seizure was caused by epilepsy.

The main symptom of epilepsy is repeated seizures.  Seizure symptoms can vary widely.  According to the Centers for Disease Control and Prevention, seizures are classified into two groups: generalized (involving the whole brain) and focal (starting in one area of the brain).

Some people with epilepsy simply stare blankly for a few seconds during a seizure, while others repeatedly twitch their arms or legs. You might not even know someone is having one because they're over so quickly.

Having a single seizure doesn't mean you have epilepsy.They can be caused by a high fever, blood sugar or extremely low blood sugar. At least two unprovoked seizures are generally required for an epilepsy diagnosis.

According to the Epilepsy Foundation the risk of dying from epilepsy is one and a half to three times the general population. However, the risk of early death is higher for some.

Sometimes a person with epilepsy dies unexpectedly. Meaning it could happen anytime.  In Cameron Boyce’s case this case the middle of the night when he was sleeping. The phenomenon is known as SUDEP, or sudden unexplained death in epilepsy. Some studies suggest that is responsible for everyone in a thousand people with the epilepsies, and according to the Epilepsy Foundation it is the most common reason of seizure related death.

People with more difficult to control seizures, who suffer from tonic-clonic seizures, the type that cause convulsions   are most at risk tend to have a higher incidence of SUDEP.  Some research also points to abnormal heart and respiratory function due to gene abnormalities

People with epilepsy may be able to reduce the risk of SUDEP by controlling seizures as much as possible. The best way to do this is to take all antiseizure medication as prescribed and suddenly stop your seizure medication. If medicines aren't working, talk to your health care team about other options. If you have seizures at night, talk to your health care team about a safety plan.

Consider using a seizure alert monitor that lets someone know when you have a seizure.

Recognize seizure triggers (such as flashing or bright lights), like excess alcohol, stress and sleep deprivation. It may also be helpful to keep a record of your seizures for your health care provider.

Now, if you do witness someone having a seizure you can help by -staying with person to keep them safe.  Lay or turn the person to their side to help their breathing. For both your safety and the person seizing, doctors advise against putting an object in someone's mouth to prevent them from swallowing their tongue. It's impossible to swallow their  tongue.

Lastly there may or may not be a need to call for medical help if the person has known epilepsy and the seizure lasts less than five minutes.  However, if a person has a seizure with loss of consciousness and they're having two or three at a time, they need to get medical attention.

Anyone with epilepsy to talk to their neurologist or epileptologist (a neurologist who specializes in epilepsy) about their risk for SUDEP.