HOUSTON – The Stovall Middle School teacher who was impregnated by her eighth-grade student was sentenced to 10 years in prison Friday. 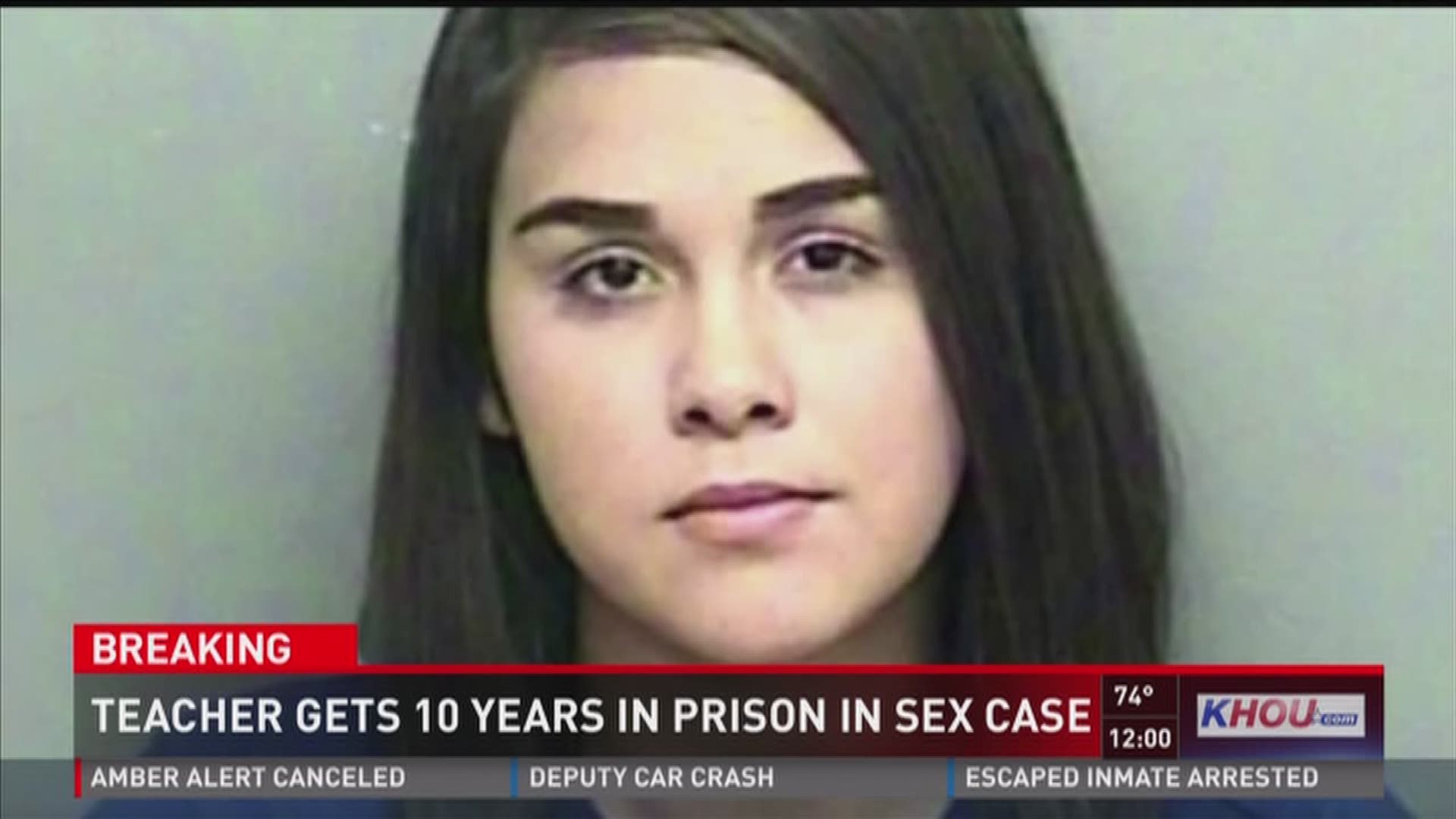 HOUSTON – The Stovall Middle School teacher who was impregnated by her eighth-grade student was sentenced to 10 years in prison Friday.

Alexandria Vera was 24-years-old when she got pregnant by her 13-year-old student during a sexual relationship that lasted nine months.

Vera was initially charged with continuous sex abuse of a child and later pleaded guilty to a lesser charge of aggravated sex assault of a child.

At the sentencing hearing on Friday, the defense called a Dr. Karen Lawson to the stand, a clinical psychologist who specializes in sex offender treatment.

During her testimony Lawson explained that Vera came from a somewhat tumultuous background where she witnessed some domestic abuse and was also taken advantage of by the men she dated.

Lawson also classified Vera as “accomplished,” a person who has held a job since age 14, bought her first home at 21, put herself through college and cared for her little brother and was the fulltime caregiver of her 6-year-old daughter.

Lawson did not classify Vera as a traditional pedophile but believes she was truly in love with the student.

Photos: Teacher gets prison time for having sex with 8th-grader

During the prosecution’s chance to question Lawson other darker details were revealed.

Apparently pornographic pictures of the victim and Vera were found on her cellphone, and she had allowed other students to have sex in her home.

Lawson’s testimony also revealed Vera and the victim’s father pretended they were in a relationship with each other to try to cover up the teacher/student relationship.

The victim’s family supported the couple and even spent holidays with Vera.

Court documents show it wasn’t until CPS began asking questions that Vera had the abortion.

The victim’s mother was in court on Friday to show Vera support, as were other students and their parents. The prosecution called the whole thing “incredibly disturbing."

Judge McSpadden told Vera this case will serve as an example to deter other teachers from crossing inappropriate boundaries, saying “We want our teachers to educate our children, to keep their hands off our children, to prepare them for the future.”

Alexandria Vera sentenced to 10-years in prison with parole eligibility after 5-years. Her maximum sentence could have been 30-years.