Officials say Lecron bought black powder and hundreds of screws with the intention of building a bomb. 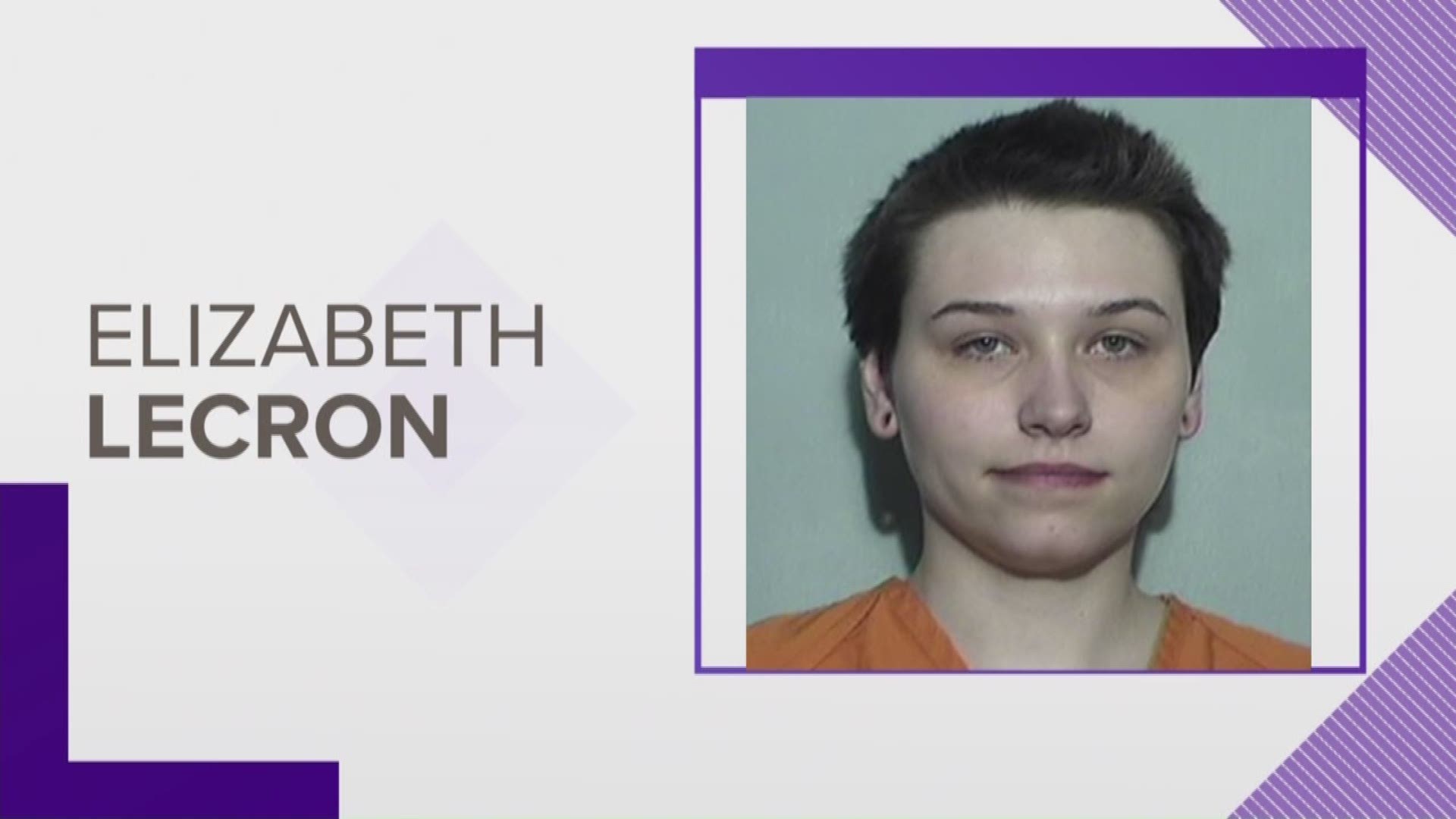 The FBI on Monday announced the arrest of an Ohio woman who had corresponded with Charleston church shooter Dylann Roof in connection with a terrorist plot.

23-year-old Elizabeth Lecron, of Toledo, is charged with transportation of explosives and explosive material for the purposes of harming others and property.

Officials say Lecron bought black powder and hundreds of screws with the intention of building a bomb.

Authorities caught on to Lecron earlier this year when one of her associates expressed desire to conduct a violent attack.

Lecron's social media pages showed photographs and comments glorifying mass murderers, including praise of Columbine shooters Dylan Klebold and Eric Harris. Lecron and an associate even flew to Colorado to visit Columbine High School. After that, Lecron began corresponding with Dylann Roof, who was convicted of killing nine in a 2015 church shooting in Charleston, S.C.

When Lecron began communicating with an undercover agent in August, she revealed plans to commit a mass murder at a Toledo bar.

Later that month, Lecron said she wanted to meet other anarchists in order to form a team, expressing desire to damage a livestock farm to set livestock free. She later said she was willing to sabotage anything that harms the environment. A week later, she said she planned to shift her focus because she could not find a livestock farm that raises pigs and cows.

Lecron met with an undercover agent in September and revealed she had started making a pipe bomb, noting her place of employment would be an ideal target because she believed the plant was polluting the river.

On Dec. 8, Lecron met with a source at a sporting goods store, where she entered the store by herself and purchased two pounds of Hodgson Triple Seven Muzzleloading Propellant. She then went to a larger retailer in Perrysburg, where she bought 665 screws of various sizes, some as large as three inches.

Prior to her arrest, Lecron said to the source, “So I guess I’ll talk to you when the deed is done? ...I’m very excited... stick it to him, man…be safe.”

Lecron was scheduled to appear in court Monday at 3:30 p.m.