Turner fought in the hospital for 19 days before succumbing to her injuries. She was one of seven shot in a police ambush in Florence October 3, 2018. 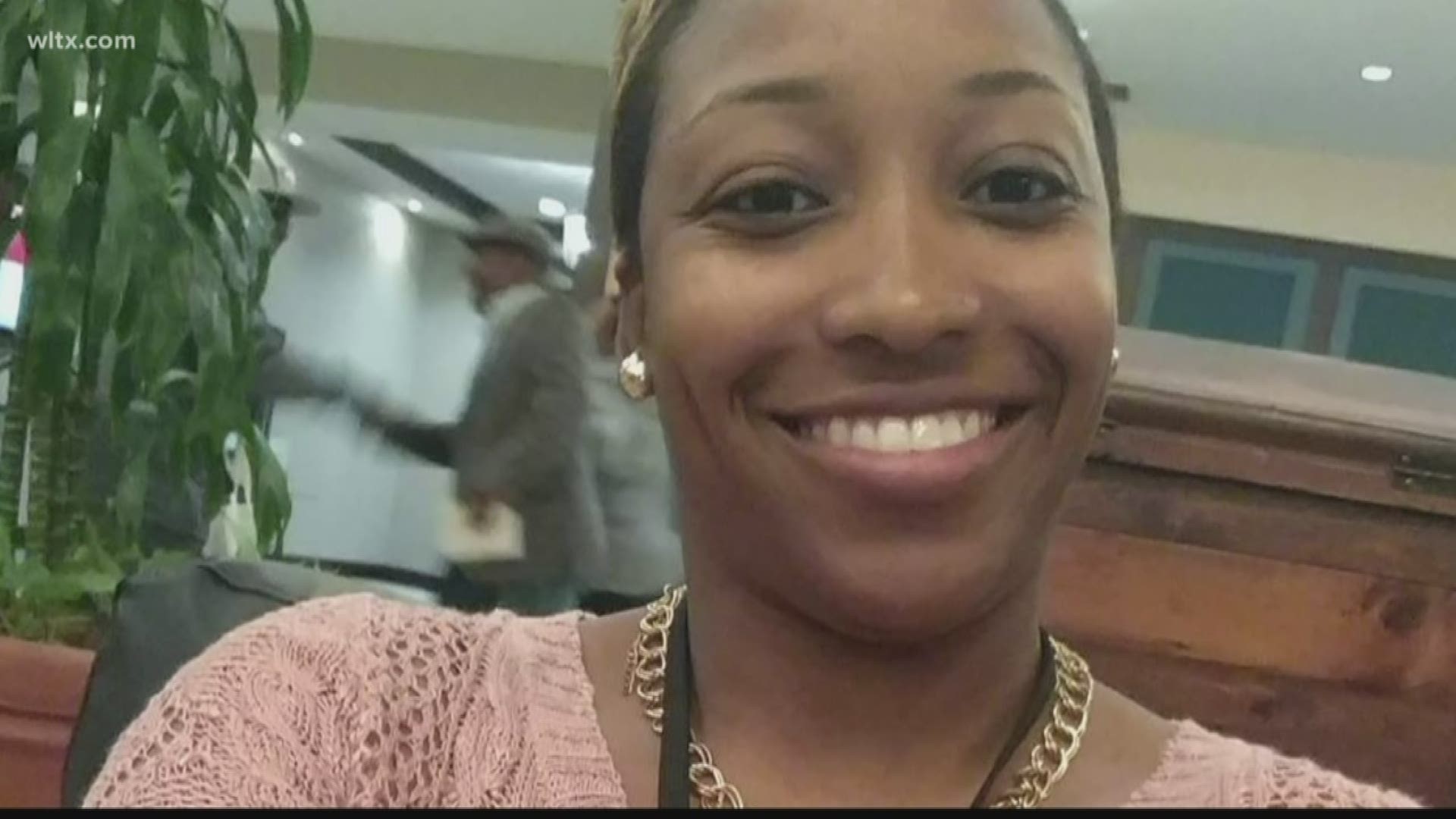 FLORENCE, S.C. — One year ago, tragedy shook the state of South Carolina.

October 3, 2018, Florence County deputies arrived at a home in the Vintage Place neighborhood of Florence to serve a warrant.

That's when investigators say 74-year-old Frederick Hopkins began shooting at the officers from inside his home, in what the Florence police chief called 'an ambush'.

Officers intended to question the Hopkins' son over sexual assault charges made against him.

Police Sergeant Terrence Carraway died that same day. Investigator Farrah Turner remained in the hospital for 19 days before also succumbing to her injuries.

One year later, News 19 headed to the Pee Dee to see how the Florence community is honoring the memory of one of their protectors.

"It just doesn't seem like it's been a year, but I can remember that day just like it was yesterday," said Turner's aunt, Linda Weaver.

As Weaver recalled that fateful day, she remembers getting a call from her brother that evening. The words she heard are forever engraved in her mind.

"He said, 'Don't get upset and don't panic, but we just got the call. Maxine has been shot'. We called [Farrah] Maxine, the family members," said Weaver. "'Be calm,' [my brother] said. 'Don't panic too much because [Farrah] talked to April on the phone'. After she was shot, she talked to April her younger sister on the phone, and she said, 'Tell my mama I've been shot'."

Turner was shot in the abdomen and lost a lot of blood.

"We never left the hospital," said Weaver. "We stayed the entire time, and the doctor finally came to my sister and said, 'Do y'all understand?' He said, 'It does not look good for her'...My sister told him, 'Do everything for her that you would do for your own child, and when you have done everything for her that you could do for your own child, then I'll be satisfied."

After 19 days in the hospital, and undergoing multiple surgeries, Turner passed away.

"People need to understand, when it comes to a parent, losing a child is the worst pain you can experience as a parent," said Weaver. "I would like for people to know that even though they see my sister, even though she's out walking around and she went back to work and she's interacting with people at church and out in the community...that she's living with a lot of pain. The one thing that she says all the time, 'If it hadn't been for God, I would have lost my mind'."

Turner is a twin, and the only one of 56 grandchildren to go into law enforcement.

Family members say the profession became her calling, along with helping victims of domestic violence and youngsters who got a rough start in life.

Dr. Fred Carter, President of Francis Marion University, knew Turner from her days as an undergrad.

"So we came to not only respect everything she did as a student, but we came to further appreciate her abilities and her maturity as she evolved into her profession, and frankly became one of the best investigators across the region," said Carter.

When the university needed an investigator, it was their alumna who would often answer the call.

"She communicated so well with our student population because Farrah was relatively young," said Carter. "She hadn't grown past the point at which she couldn't relate to students, understand their situation and communicate extraordinarily well with them."

Dr. Carter deemed it fitting to build a park in Farrah's honor not just on campus property, but in the middle of the student residential area.

"This story would have been a story that would have been broad and extensive and full of a lifetime of achievements, but for that horrible situation that occurred on that one day. That's the bittersweet part of it. The truly memorable part is the courage and bravery with which she acted," said Weaver. "It represents the bravery exhibited on the part of one of our very, very finest graduates. The park will ensure that we never forget that."

Just over a month ago in Turner's hometown of Lake City, officials unveiled the Farrah Turner Memorial Bypass.

It's off Highway 378, running east to west from Myrtle Beach to Columbia.

"It was a unique occasion because she really touched the life blood of our community," said Lovith Anderson, Mayor of Lake City, who grew up with members of Turner's family.

With the sign in place, Mayor Lovith Anderson, hopes those unfamiliar with the case will be inspired to learn about, and honor, the hometown hero.

Now, Turner's legacy lives on through her mother, Katie. She plans to start "Farrah's Foundation" to help children who are victims of sexual assault.

"It hurts, and it hurts every day. We get up every day and we put God first in our lives and we just keep going," said Weaver. "We keep going."

Right now, investigators aren't able to speak publicly about the case because of an active gag order. Richland County officials, who are helping in the case, said there are no updates at this time.

"Whenever the criminal justice system does what they decide to do, then I believe in my heart that justice will be done, and we will accept whatever the outcome is," said Weaver.

In Florence County, October 3 will now be known as "Heroes Day", honoring the officers who were killed or wounded in the shooting last year.