On the day of the stabbing, neighbors told WFAA that they struggled to get through to 911 to get police and paramedics on the scene. 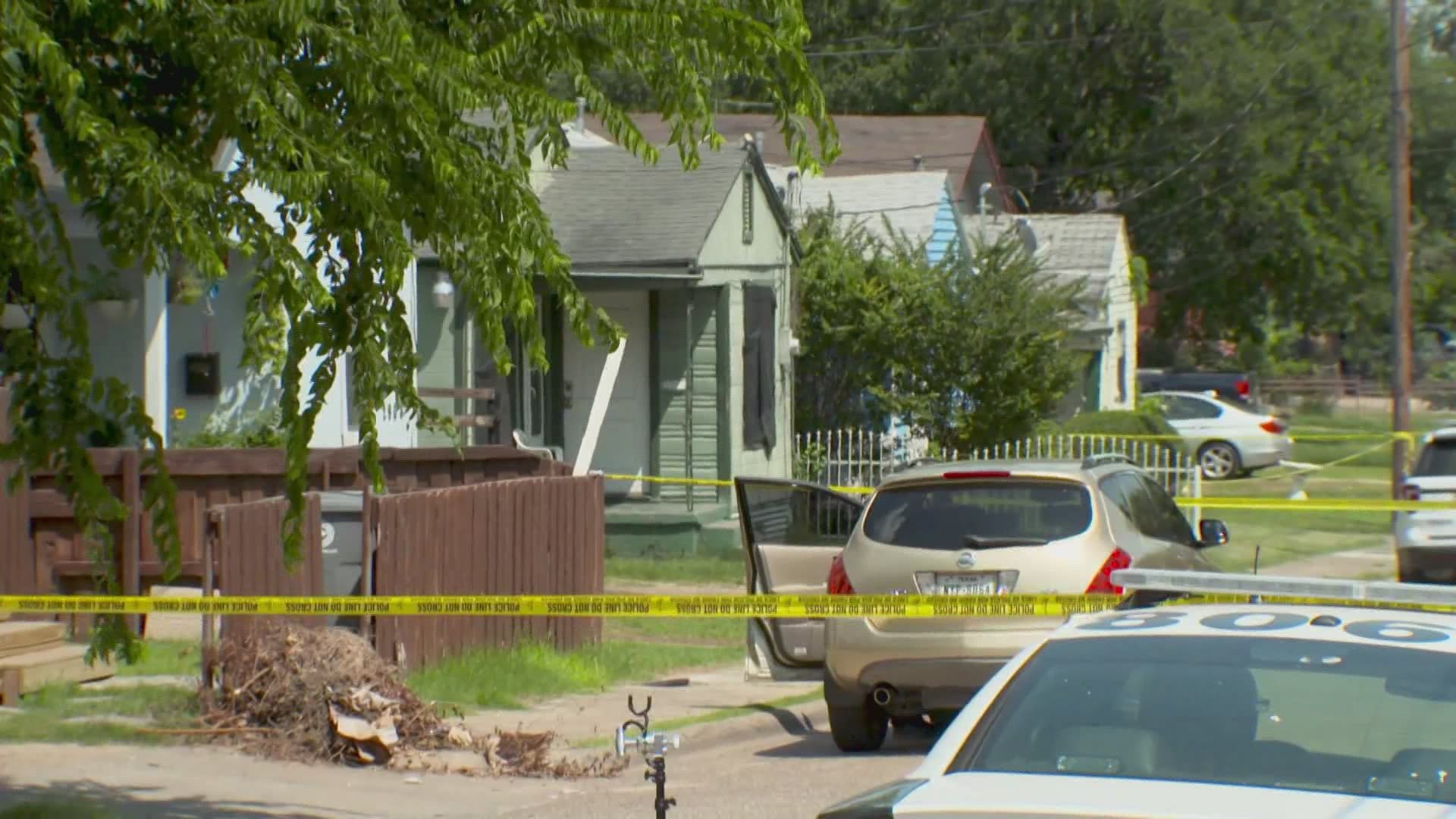 DALLAS — Dallas police now confirm that there was an 11 minutes and 41 second delay in answering a call from the scene of a deadly stabbing attack Thursday afternoon in southeast Dallas.

The stabbing, in the 2900 block of Frazier Street, killed a 7-year-old girl and hospitalized another teen.

Police charged a 24-year-old woman, Troyshaye Mone Hall, with murder and aggravated assault with a deadly weapon in connection to the stabbing. Sources within the Dallas Police Department told WFAA that the suspect in custody is the mother of the child.

Neighbors and sources told WFAA that the woman suffered from a mental episode and stabbed her young child and the teen neighbor. However, the police did not confirm her mental state during a news conference.

On the day of the stabbing, neighbors told WFAA that they struggled to get through to 911 to get police and paramedics on the scene.

"They were trying to get to the police, through to the police, nobody answered," Jeanetta Thomas, who lives nearby the suspect's home, told WFAA. "A neighbor of one of the two tried to call 911. It took an off-duty cop to help him."

Dallas police said Thursday that that off-duty officer helped detain Hall, then drove the 6-year-old girl to a fire station for help before she was taken to the hospital. She did not survive.

"I think the City of Dallas should be ashamed of themselves today," said Lamont Levels, who said he called 911 for help, but was put on hold.

"It's just you calling in and can't get through," he told WFAA on Friday. "What do you do when you have someone bleeding and you can't get somebody here?"

Dallas Police told WFAA that they received four calls Thursday from three phone numbers that called 911. Of the four calls, two were answered after the caller waited for 911 to take the call. Of the two calls that were abandoned, both received a call back from the 911 call taker, according to police.

Once the call was answered by 911, police said it two 2 minutes 8 seconds for police to respond.

Police added that during the time frame surrounding the call for the stabbing, police got 357 calls into the 911 center.

But this is not the first time someone calling 911 for help has had to wait for police to respond. One woman who called police after helping another woman who was stabbed while walking her dog in northeast Dallas said it took police nearly 22 minutes to respond.

RELATED: 'It seemed like forever' | Woman who called for help after Dallas stabbing waited nearly 22 minutes for police response

The call for a stabbing is what police define as a "priority one" call, which the Dallas Police Department tries to answer within eight minutes, the department has said in the past.

But WFAA has learned that, once again, Dallas 911 staffing is at critical levels. According to numbers on the city dashboard, provided to public safety, the city has 110 authorized positions, but currently there are only 84 call takers on staff. Twenty of them are in training and can’t answer calls, according to the City, leaving the city nearly 50 operators short.

"It’s a very stressful job,” Sheldon Smith, the president of the National Black Police Association of Dallas, previously told WFAA. "The personnel that are working in that area are tired. They’re tired. We need more people to apply and get hired."

After the stabbing in northeast Dallas, police said they hired more than 80 new people were are trying to recruit more people to deal with the large volume of calls coming in every day. The City also offered a $3,000 one-time bonus and an 8% raise once training is completed, according to the department. It said it hopes that will be an incentive to get people to apply.

Dallas Mayor Eric Johnson also issued a statement, writing, “This is an extremely tragic situation. I am saddened and deeply frustrated by the continued staffing problems at the 911 call center. I am counting on our city manager to correct these issues immediately. Our residents expect and deserve to have their emergency calls answered in a timely manner."

WFAA's calls to Assistant City Manager Jon Fortune, who is in charge of Dallas Police and Dallas Fire-Rescue, went unanswered.

For now, sources told WFAA the city is going to ask police officers who have worked in 911 before to come in and work overtime to fill the gap.

But Lamont Levels said the residents of Dallas deserve better and want the problem fixed.

"I believe that somebody in the City of Dallas has to be held accountable for this," Levels said. "This ain't the first incident where people've been saying they can't get through to 911, and this is just a horrible occasion right here that 911 - a system that's supposed to be in place that we supposed to believe in to come help us when in time of need."

Editor's Note: This story has been updated to correct the age of the girl killed from 6 years old, to 7.