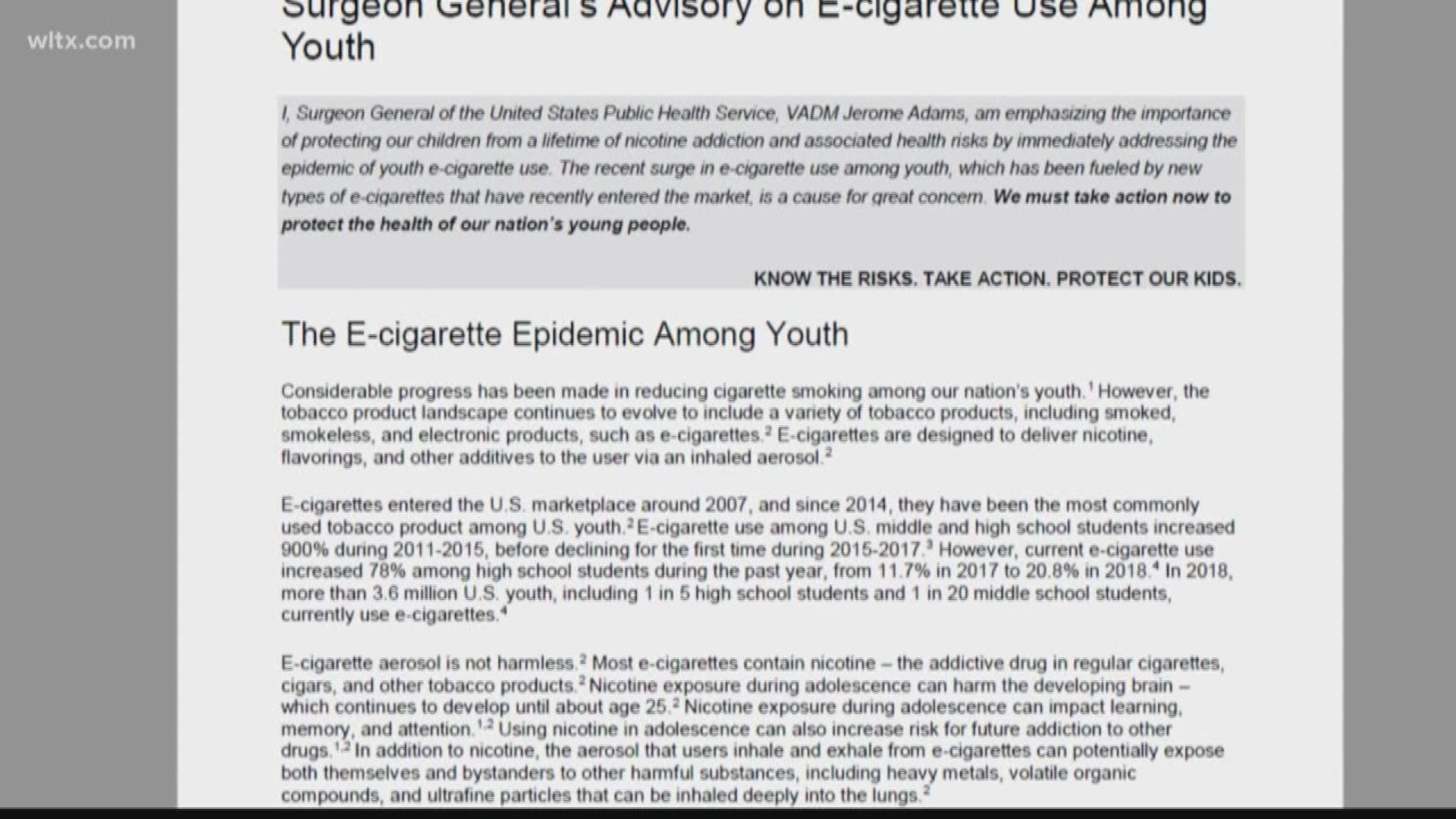 COLUMBIA, S.C. — At the end of 2018, South Carolina Representative Beth Bernstein was hoping to usher in a New Year’s resolution of fewer teens using electronic cigarette and vaping products, like the popular JUUL.

Bernstein led a Judiciary subcommittee meeting that featured testimony from childhood healthcare and cancer experts, along with representatives from e-cigarette businesses and tobacco companies.

For the most part, the people’s testimony agreed that the bills were necessary but gave differing opinion over the bills’ language.

“I think we are all on the same page that we don't want children under the age of 18 using these products, and JUUL has said they are committed to it. And it makes it easier in our job when the industry- that we feel might be encouraging adolescent use, is taking a firm stand against that,” Bernstein said after the meeting.

Before amendments were added Thursday, the bills banned minors from entering stores ‘primarily’ selling tobacco and nicotine products, made it harder for teens to order the materials online, and permanently banned them from all public-school grounds.

Thursday’s amendments relaxed the ban, saying children could accompany adults inside the stores, companies could get exemption from delivery-signature guarantees if they used robust age-verification, and tightened definitions on what stores qualified as ‘primarily’ tobacco, nicotine, or e-cigarette selling locations.

The amendments also added required informative sessions at public schools about the dangers of e-cigarettes and vaping.

Bernstein's House Bill 3369 was also unanimously approved out of the subcommittee.

The bill plans to repeal South Carolina law that allows minors to get married when the female is pregnant or has given birth to a child.

Supporters of the bill say the current law exposes young women and girls to potentially dangerous relationships and unfair exploitation.

Similar legislation on both issues is proceeding in the Senate.