Lana Swancey wasn't supposed to live past her first birthday. On Thursday, she was surprised by a community parade for her 19th birthday. 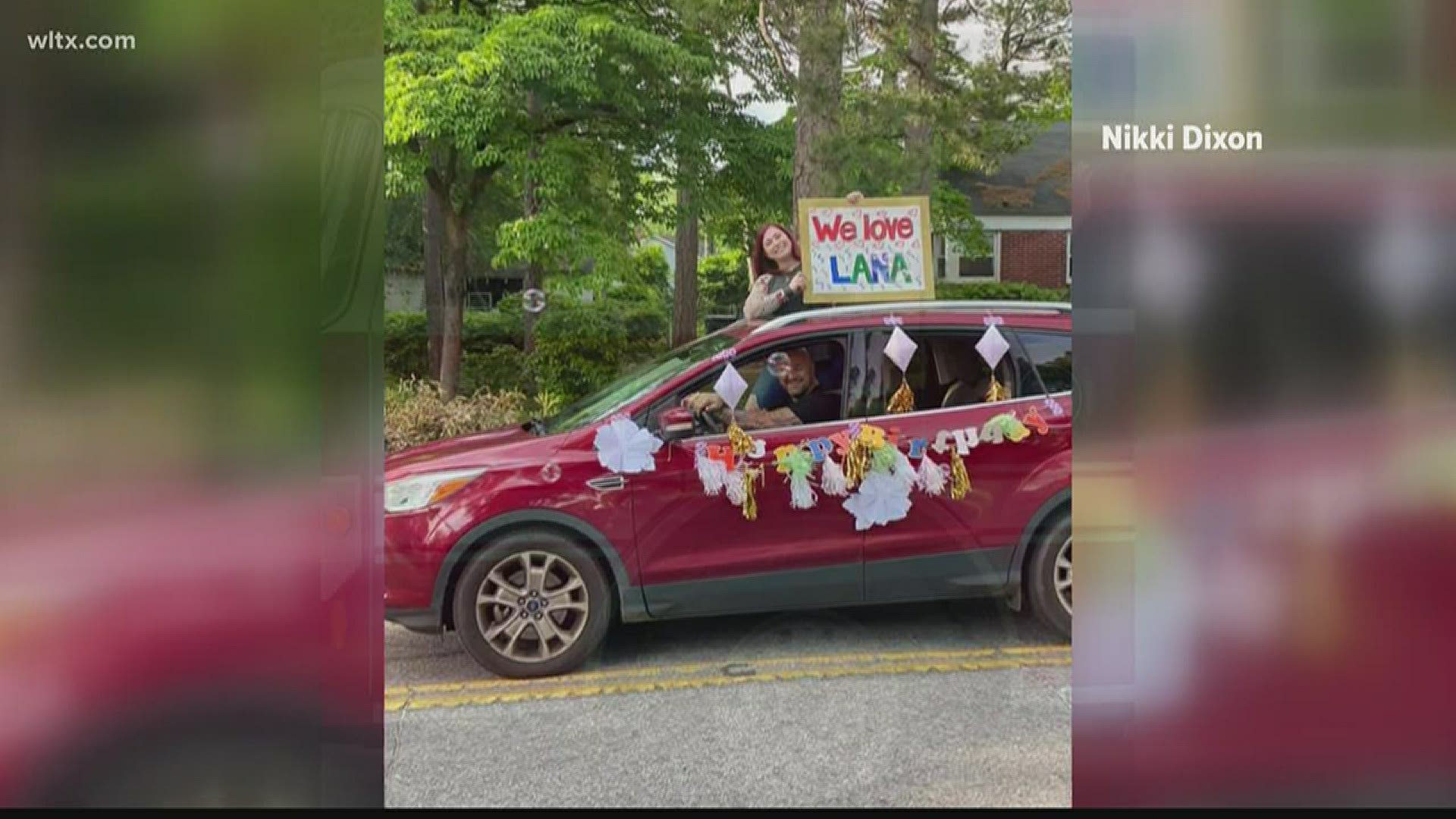 WEST COLUMBIA, S.C. — A 19-year-old with Canavan disease had a special birthday after the West Columbia community came together to hold a parade for her special day.

Lana Swancey is a 19-year-old who lives in West Columbia and has a disease called Vanavan disease.

Michelle Swancey, Lana's mother, says Canavan disease is a form of leukodystrophy which means it impacts the brain.

"I describe it if you know what ALS is and Parkinson's or MS, all of those kind of tied into a child," said Swancey.

Swancey says Lana knows how to express herself, but she's not able to do so.

A few months after Lana was born, doctors told Michelle that Lana probably wouldn't be able to live more than a year.

When Lana turned two, they were able to join in a trial with gene therapy and the progression of the disease slowed down.

"Canavan, as devastating as it is, we know that there's hope and because of what we did with our kids, it's opening the doors for others," said Swancey.

Lana's mother says dealing with the coronavirus pandemic is similar to what they've been facing the past 19 years.

"We've been living kind of this whole corona life for like 19 years now because her immune system and other people with immune problems of course. We have to live cautiously," said Swancey. "For us, it kind of is an everyday thing."

The Swancey family says they have to be careful which restaurants and stores they go to.

Nikki Dixon, Lana's cousin, says the community wanted to make sure Lana had an amazing birthday.

"We put together a birthday parade for Lana," said Dixon. "[When] she was about five months old, they told us that she wouldn't see a year. So every year we like to do something big for her birthday to celebrate because we've had another year that we've been blessed with her."

The family says they were disappointed they weren't able to have a party for Lana this year due to the coronavirus pandemic.

Dixon said she'd seen on Facebook where people were having parades and saw one going down the street.

"That is the cutest thing ever and Lana would love it. We were in a group text message and I texted everybody and said we've got right now to start planning one for her," explained Dixon.

Lana loves loud noises and music, so the family thought having a parade would be a great idea.

"It was probably one of the top birthdays I think she's had," said Swancey.

Lana communicates with her family by blinking and rolling her eyes for yes and no. When they heard the sirens coming, both Lana and Michelle were surprised.

"I kept saying, 'Lana, here comes a parade for you,' and she said no and I said yes it is because we live in the city and we hear all that stuff all the time," explained Swancey. "I would say it's her top favorite birthday."

The West Columbia Fire Department and Police Department, along with other decorated cars, came down the street honking their horns to celebrate Lana's birthday. People also handed Lana balloons.

Many first responders and healthcare professionals who work with Lana were able to participate in the parade.

"It's hard to kind of take that time out of your day and just ride in front of a house for 10-15 seconds but I can promise you, it will last a lifetime. The memory, it was perfect."

Swancey went on to say, "We were up last night at 12 o'clock talking about it. We were trying to go to sleep and she just kept talking, when I say talking she's like laughing or giggling or making little noises so it's a huge deal. We'll be talking about it for a long time and then we'll be looking at the pictures and videos even longer."

The Swancey family wants to thank the West Columbia community for making this an unforgettable birthday for Lana and the family.