SCDC Director Bryan Stirling says he believes South Carolina is the first to use this technology in the prison system to combat the coronavirus. 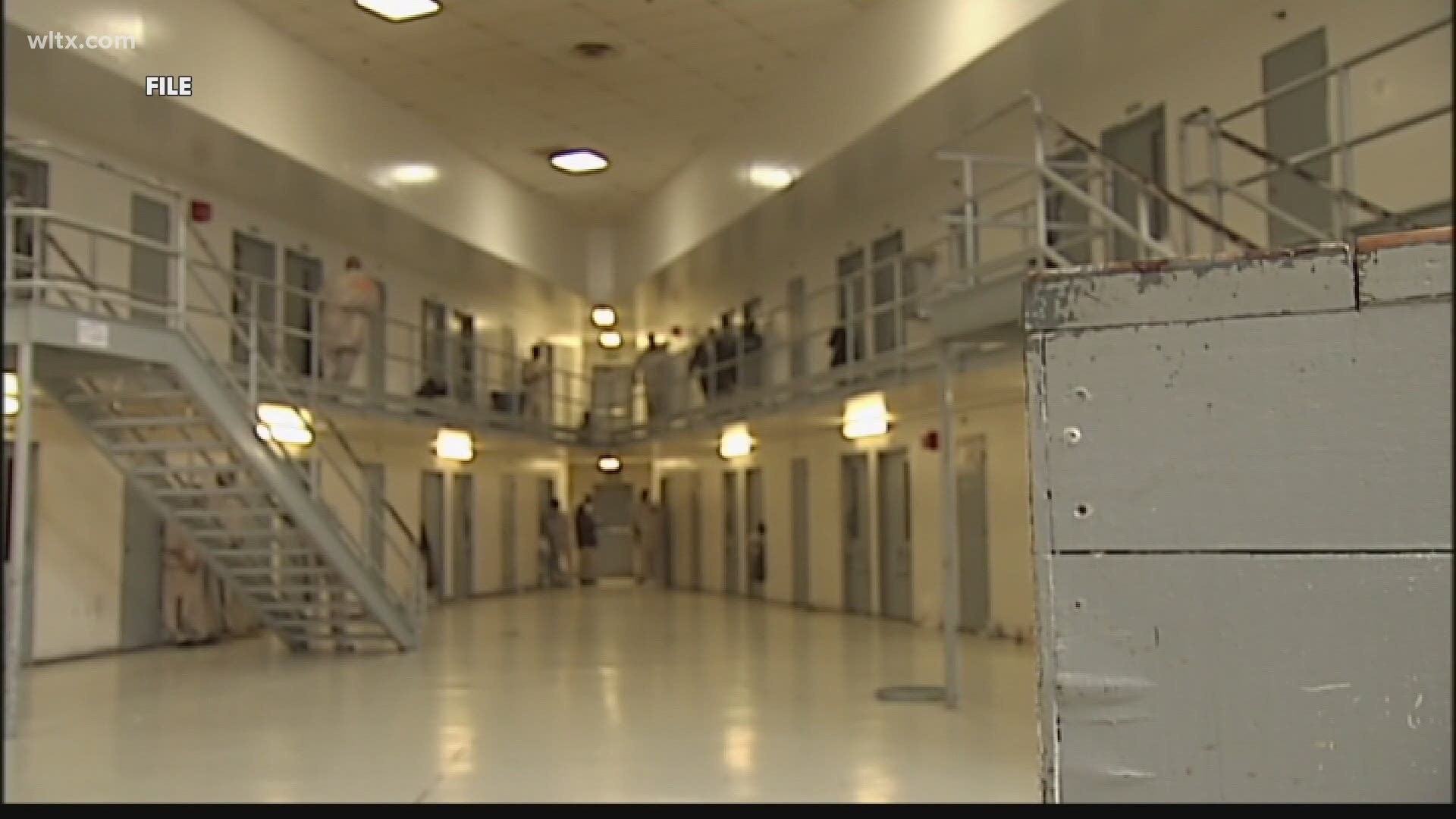 COLUMBIA, S.C. — To date, 31 inmates and 2 staff members have died of COVID-19, according to the S.C. Department of Corrections (SCDC). There are 522 active cases of the virus in state prisons.

Now, new technology aims to slow the spread of COVID-19 in the state prison system. Air ionizers will soon be installed, as new information from the Centers for Disease Control and Prevention (CDC) shows the virus can infect people indoors sometimes hours later, even if they are more than six feet apart.

"I do think we're the first prison system in the country to do this," said Bryan Stirling, Director of the South Carolina Department of Corrections (SCDC).

The South Carolina Department of Corrections is investing nearly $1 million to install the air ionizers.

This is in addition to distributing masks, hand sanitizer and doing temperature checks at the door.

While these new devices won't completely stop the virus, Stirling believes they will significantly slow it down.

The air purifiers in these new devices, which will be installed by local company VisionAire Solutions, use bi-polar ionization and hydrogen peroxide ionization to kill 99% of COVID-19. They will also help reduce air particles that cause breathing problems like asthma and COPD.

"This system, when the air goes through, what it will do is it will basically tackle the virus, knock it to the ground and kill it," Stirling explained.

Earlier this year, a South Carolina prison under quarantine experienced an uptick in cases of COVID-19. It raised concerns when the virus jumped around from cell to cell, even though inmates had minimum close contact with others.

"We theorized that it was moving around the vents," said Stirling. "I saw that during the Spring, which is a very cool spring in South Carolina, our numbers were really low. But the northeast and Washington state and other places like New York, the numbers were going through the roof. What was going on there? It was cold and the heat was on. Their numbers started going down and our numbers started going up once the air conditioning came on."

Earlier this week, the CDC released new information about COVID-19 infecting people indoors even if they're spaced apart and several hours have passed.

They say it can happen under three special circumstances:

"I will do everything we can to minimize the effects, not only on the inmate population, but also on the staff because we know staff is a vehicle to bring [the virus] in," said Stirling. "Staff is also a vehicle to bring it home. If they work in congregate environments like nursing homes or hospitals or things of that nature, that's why we're worried about them also."

The $926,662 for the project comes from the department's canteen funds.

When we closed our institution doors to all but essential workers in March, nobody thought we would still be locked in this fierce battle today. This is SCDC’s front line of defense for COVID-19. #TellOurStory

During a Joint Bond Review Committee meeting Tuesday, lawmakers said the department could be reimbursed once they apply to use funds from the CARES Act instead.

Right now, SCDC says the ionizers are set to be installed in 16 of their institutions, but they are looking to expand and place them in all 21 facilities.

The installation will be complete by the end of the year.