South Carolina has received over 112,000 doses of the coronavirus vaccine so far, but only about 35,000 have gotten the shot. 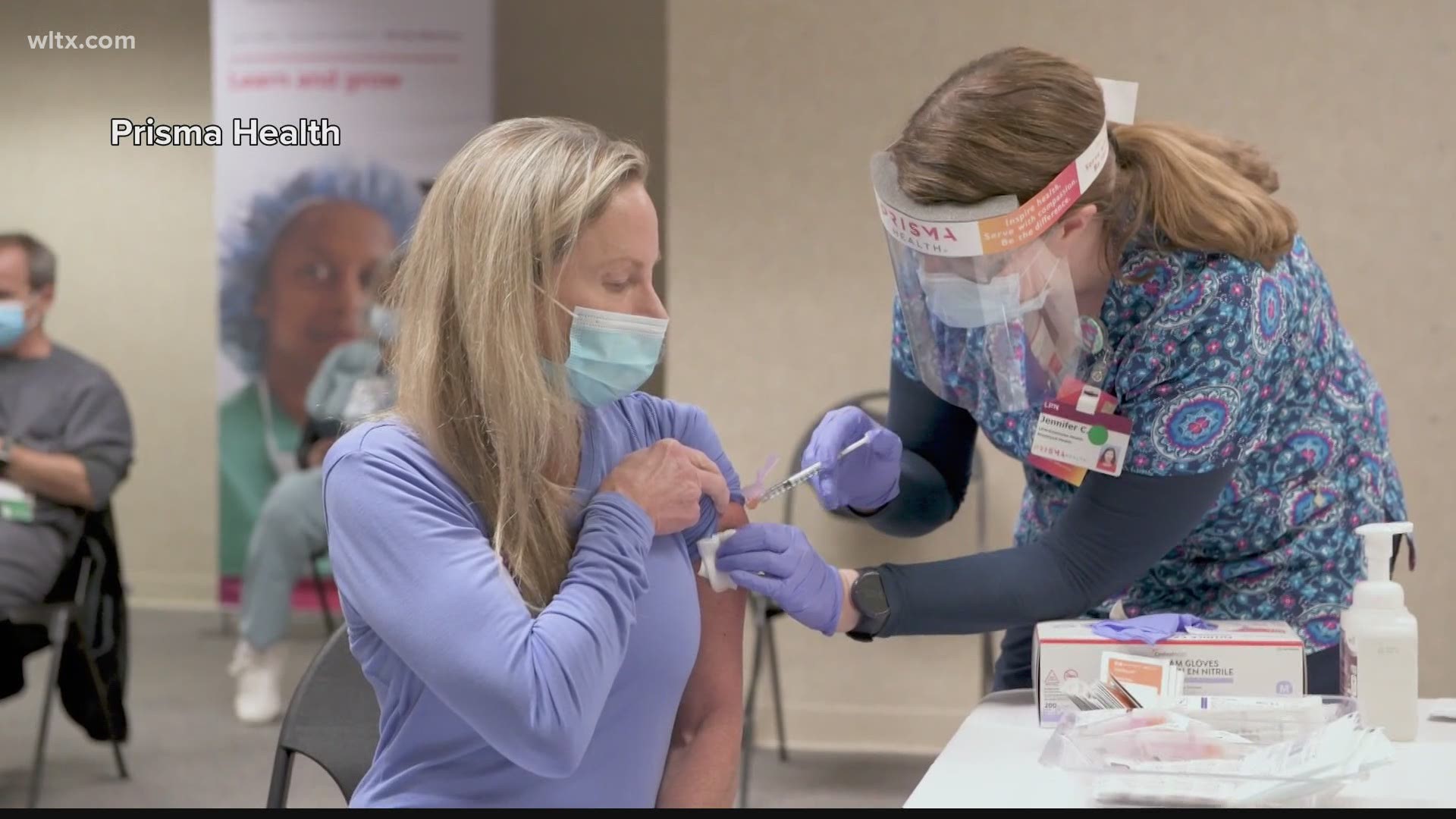 The state has administered 31% of their received doses so far and the national average stands at 19%, according to DHEC.

It’s been about two weeks since South Carolina received its first shipments of the coronavirus vaccine and DHEC says over 35,000 people have been vaccinated as of Wednesday.

But law makers like Senator Marlon Kimpson and Representative Neal Collins argued that’s not enough. They, and many other public figures, have tweeted they think the process is moving too slow.

SC is 15 days into receiving our 1st vaccine supply. Only 31k have received 1st dose.

And that assumes the 2nd shots won’t slow us down even more, immunity is for years, & virus doesn’t mutate. pic.twitter.com/kCRtTMmQm3

"2,000 a day is not nearly enough," Collins told News19. "Even with a perfect vaccine distribution, we’re still looking at mid to late 2021 before we get close to any sort of herd immunity."

Per @scdhec as of Dec. 29, SC has received a total of 112,125 doses of Pfizer vaccine. A total of 31,511 doses of the vaccine have been administered. Moderna numbers worse. I find this extremely troubling. At this pace, we’ll be here next year having the same conversation.

State Epidemiologist Dr. Linda Bell is calling on everyone to, "be patient" and to understand that, "an endeavor like this will take many weeks to complete the initial phases and months to achieve our ultimate goal of coverage for the population.”

"We have administered over 6,000 doses so far. We have thousands of more employees who are in the pipeline and have appointments to get vaccinated," said CEO of Prisma Health Mark O’Halla.

He added that their goal is to vaccinate a thousand employees a day.

"We have received a total, through three shipments to date, of 27,300 doses of the Pfizer vaccine. Now, that is enough to cover all of our Prisma employees for their first dose," O'Halla said.

Lexington Medical told News19 they’ve received three shipments of the Pfizer vaccine that total to about 11,000 doses. The hospital didn’t answer how many of those doses they’ve administered so far.

South Carolina remains in 'Phase 1A' of the vaccine rollout plan, which covers medical workers, first responders and long-term care facilities. It’s unclear when DHEC will initiate 'Phase 1B', which broadens who can get vaccinated.