Some Midlands churches have resumed in-person worship. Here's how a few of them are doing. 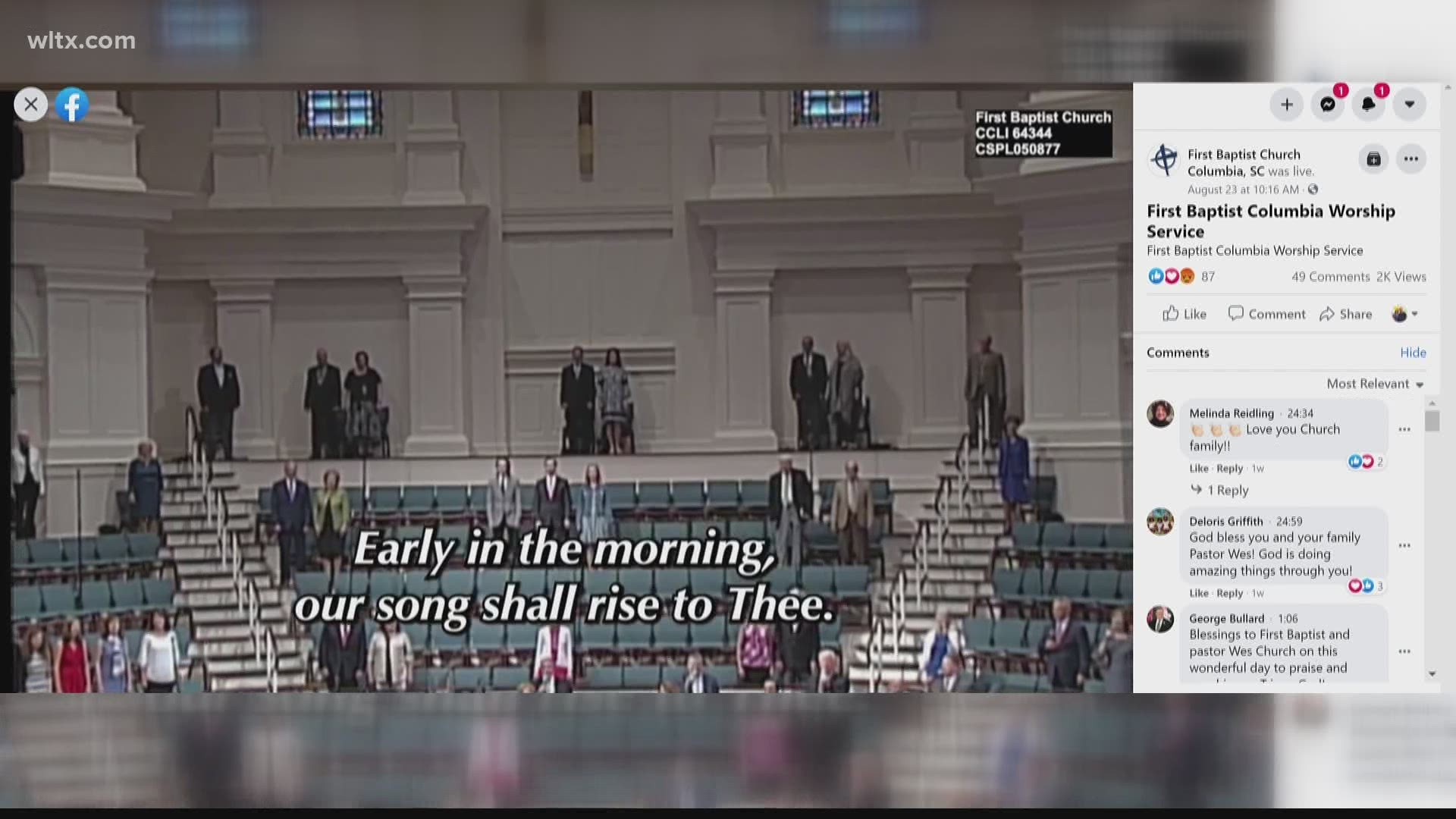 COLUMBIA, S.C. — Some Midlands churches have resumed in-person worship. Here's how a few of them are doing.

Since First Baptist Church's in-person service on August 23, the church learned that nine of their members have tested positive for COVID-19.

Church officials made the announcement on Facebook, saying “this does not mean that these individuals were positive or showing symptoms while they were at this past Sunday’s service or that they contracted the virus from someone at church. Rather, it points to the fact that this virus is spreading in our community in a way that those who attend our church are now being affected.”

The church canceled in-person service this past Sunday. They tell News 19 they’re in the process of figuring out what to do for this Sunday and moving forward.

In West Columbia, Brookland United Methodist Church tells us two of their members tested positive for the virus, but they never attended in-person worship.

Shandon Baptist Church in Columbia says they haven’t had any reported cases in their congregation.

"Our staff, up until about two weeks ago, got tested every week," says executive pastor Scott Kelly. "So, we knew that our staff was not carrying the virus. But we’ve not had anyone in the congregation who has tested positive that we’re aware of."

Pastor Kelly says Shandon Baptist has a plan in place like First Baptist Columbia’s – if eight or more members test positive, they would stop in-person service too.

"The chance is always there that somebody is either going to be asymptomatic or test positive. For church leaders, our encouragement to them, has just been to prepare for that," Jay Hardwick, Chief Strategist of the South Carolina Baptist Convention says.

Both First Baptist and Shandon Baptist are a part of the Baptist Convention. Hardwick says many churches are prepared to contact trace if they have an outbreak.

Hardwick says First Baptist Columbia is the first church he’s seen recently that’s had to stop in-person service, and he thinks it’s out of an abundance of caution.

Churchgoers can watch First Baptist's Sunday service on their Facebook page at 10:30 AM or on WLTX at 11 AM.