Some people think it will help protect the community, while others don't think they should be required to wear one. 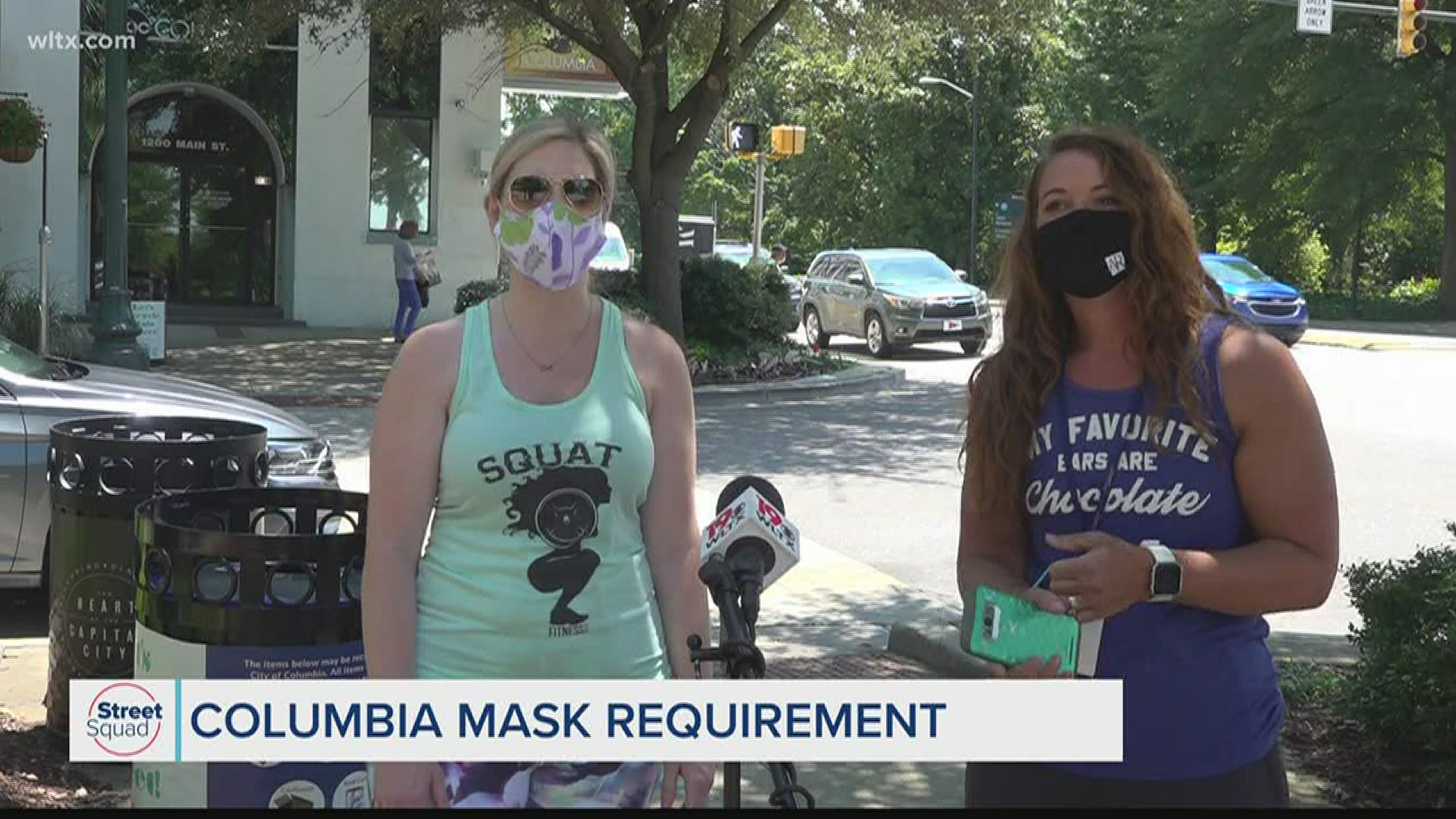 COLUMBIA, S.C. — Some people in Columbia believe that an ordinance requiring people to wear face masks will protect them. Others don't believe they should be required to wear one.

Columbia City Council approved the measure in a 6-1 vote early Tuesday evening. The new rule goes into effect at 6 a.m. Friday and does not apply to areas outside of city limits.

News 19 set up a camera on Main Street for about 20 minutes to see how many people were already wearing masks. In that amount of time, 40 out of 79 people were not wearing one.

Many people responded to the ordinance, saying they agree with city council's decision. Some say they want to make sure they can protect others around them and think about their neighbor's safety.

One person said, "I believe it will help out a lot, especially inside buildings, restaurants and stores."

Another person said, "I think it's a great idea for the City of Columbia. Let's just keep everybody safe. It's no big deal. I'd much rather walk down the street and keep my neighbor safe so I'm fully supportive of it."

Others in the community who didn't want to go on camera said they don't feel like they should be required to wear a mask, and think it would be better if people caught the virus and it was allowed to run its course.

Starting at 6 a.m. on Friday, the city ordinance requiring face masks will go into effect.

RELATED: These states require face masks be worn in public