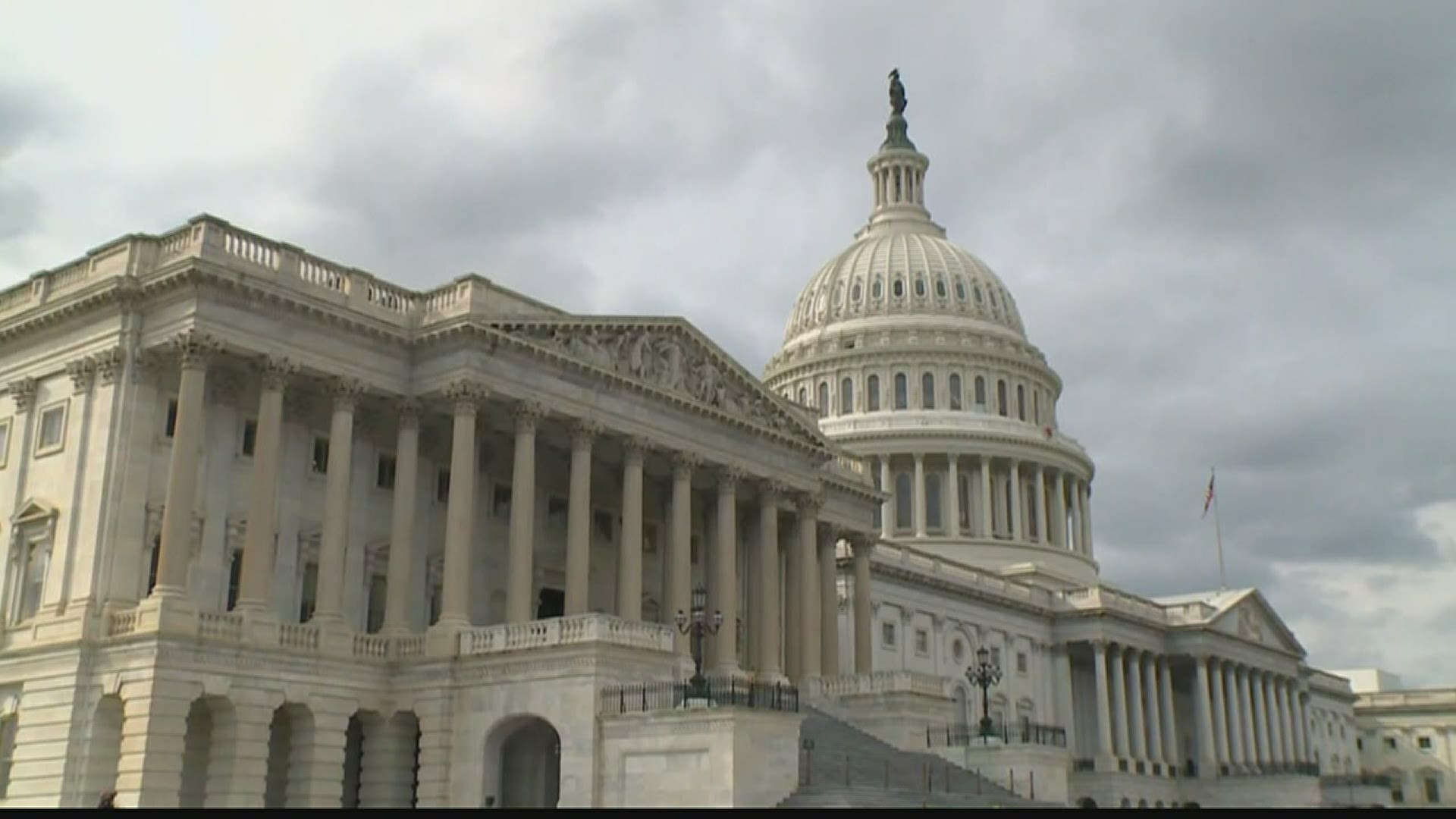 COLUMBIA, S.C. — One local non-profit law firm is breaking down what the HEALS and HEROES Acts could mean for stimulus checks for Americans.

On Monday, the Republican-controlled Senate passed their own version of stimulus relief for the coronavirus pandemic. The bill is being called the HEALS Act.

Back in May, the Democrat-controlled House passed their own version called the HEROES Act.

South Carolina Appleseed Legal Justice Center is a non-profit law firm in Columbia. Their work is more policy driven. They look at policies that affect people who are living with low-income or are living in poverty.

“We started talking to a lot of our national partners and reading it and looking at a lot of the analysis,” said Berkowitz.

According to the non-profit, the stimulus check eligibility would be different for each act. The HEROES Act would include people who make $99,000 or less. The HEALS Act would be for folks who make $75,000 or less.

The HEROES Act from the democrat-controlled House is a $3 trillion package that includes the weekly $600 benefit for people who are unemployed.

There would also be an increase in SNAP benefits by 15 percent.

“We think (it's) really important, something that happened during the recession 10 years ago but has not happened during this crisis," said Berkowitz. "People are really struggling without having as many resources, their kids being home full time.”

The director says a lot of this is not included in the $1 trillion HEALS Act passed by the Senate.

Instead of the $600 weekly benefit, that number could be cut down to $200 for up to two months. After that, it would be 70 percent of someone’s income.

“Somebody’s who making $10 an hour, if you’re only going to get 70 percent, you’re not even getting minimum wage at that point,” explained Berkowitz. 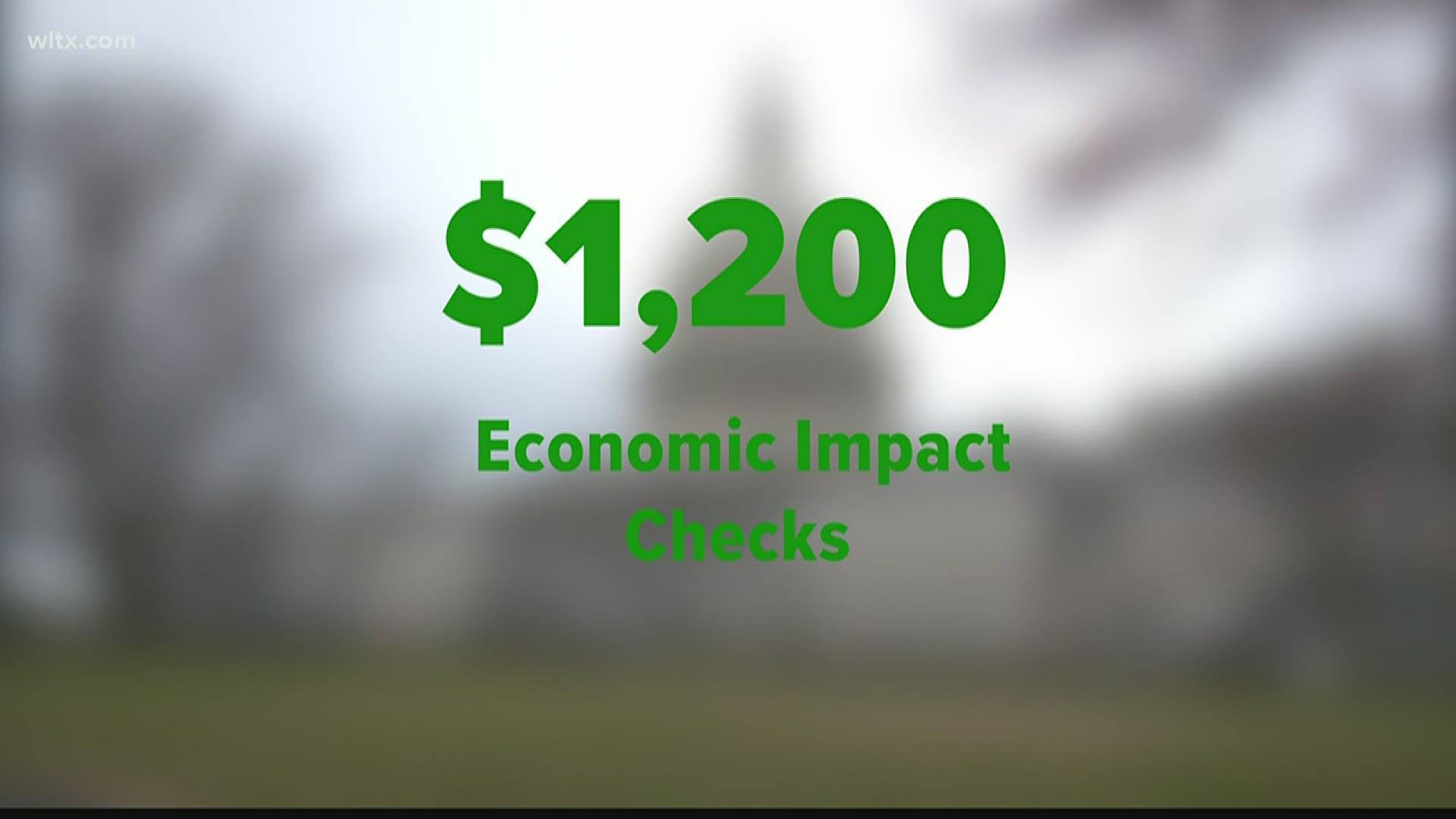 RELATED: GOP unveils 'HEALS' Act with another round of $1,200 stimulus checks

Berkowitz believes 43 percent of people in South Carolina who rent could face eviction.

One thing the non-profit is concerned about is help for immigrant families and stimulus checks.

"Immigrant families, even those who are lawfully present or people who are mixed status households, meaning someone in the household is a citizen and someone is a non-citizen, have not been able to get the stimulus payment," explained Berkowitz. "That has been something that we are really pushing the that this should be available to everybody who is working and trying."

The HEROES Act would also include aid to both state and local governments.

According to the non-profit, more than 200,000 people in South Carolina have yet to receive their stimulus check from the CARES Act.

Under the CARES Act, the additional $500 for dependents was limited to those with children under the age of 17. Senator Grassley explained Monday afternoon that the HEALS Act will provide that additional $500 to "taxpayers with dependents of any age."

The House and the Senate will have to negotiate to come up with a package they can agree on before they submit it to the White House administration.

Berkowitz think it’s important for legislatures to decide on a package soon.

“Without this additional resource, we are going to see people hurting even more and they need to put their differences aside and we hope that our senators will vote to do the right thing and vote to help the people of South Carolina,” said Berkowitz.

SC Appleseed Justice Center feels people should get in contact with legislatures to let them know what they feel should be covered with the stimulus relief package.