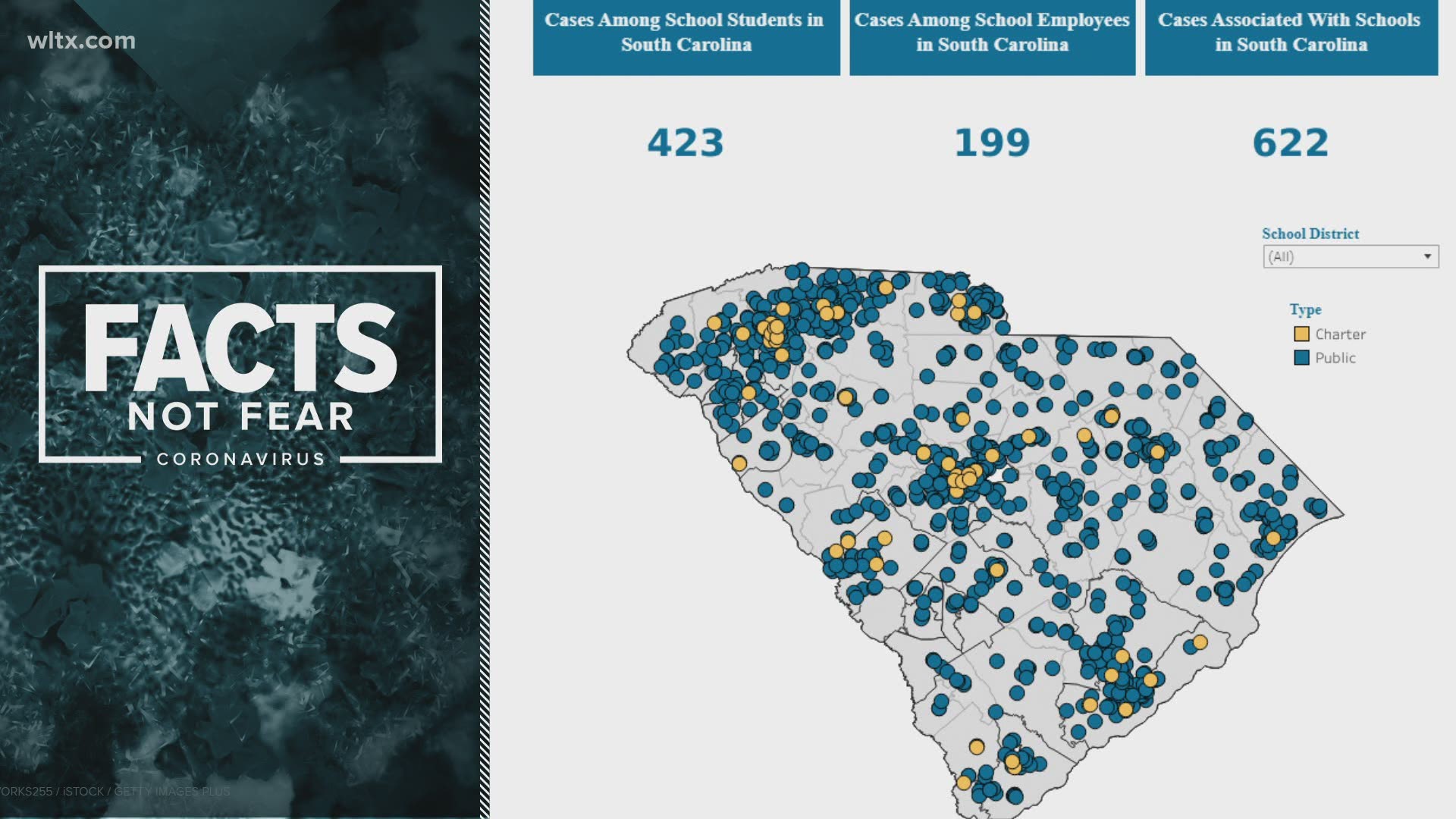 COLUMBIA, S.C. — There are now 622 cases associated with schools around the state, according to new numbers from the South Carolina Department of Health and Environmental Control (DHEC).

These numbers are an increase from Friday's total of 532, with 352 students and 180 employees testing positive.

RELATED: Thousands of SC teachers considering calling out this week to advocate for better pay

It's important to note that if a district or school has cases that does not mean that the student or staff contracted the illness at the school. DHEC said the cases are from students and employees who attended school or school sponsored activities during their infectious period.

Some schools may choose to self-announce cases before they are reflected in DHEC’s twice-weekly reports.

People who use the tool can search statewide by scrolling through a list or by school district.