Coronavirus testing, hospitalization on the rise in Orangeburg County

New numbers released from DHEC show four out of the thirteen new deaths in the state came from Orangeburg county along with 52 of the new confirmed cases. 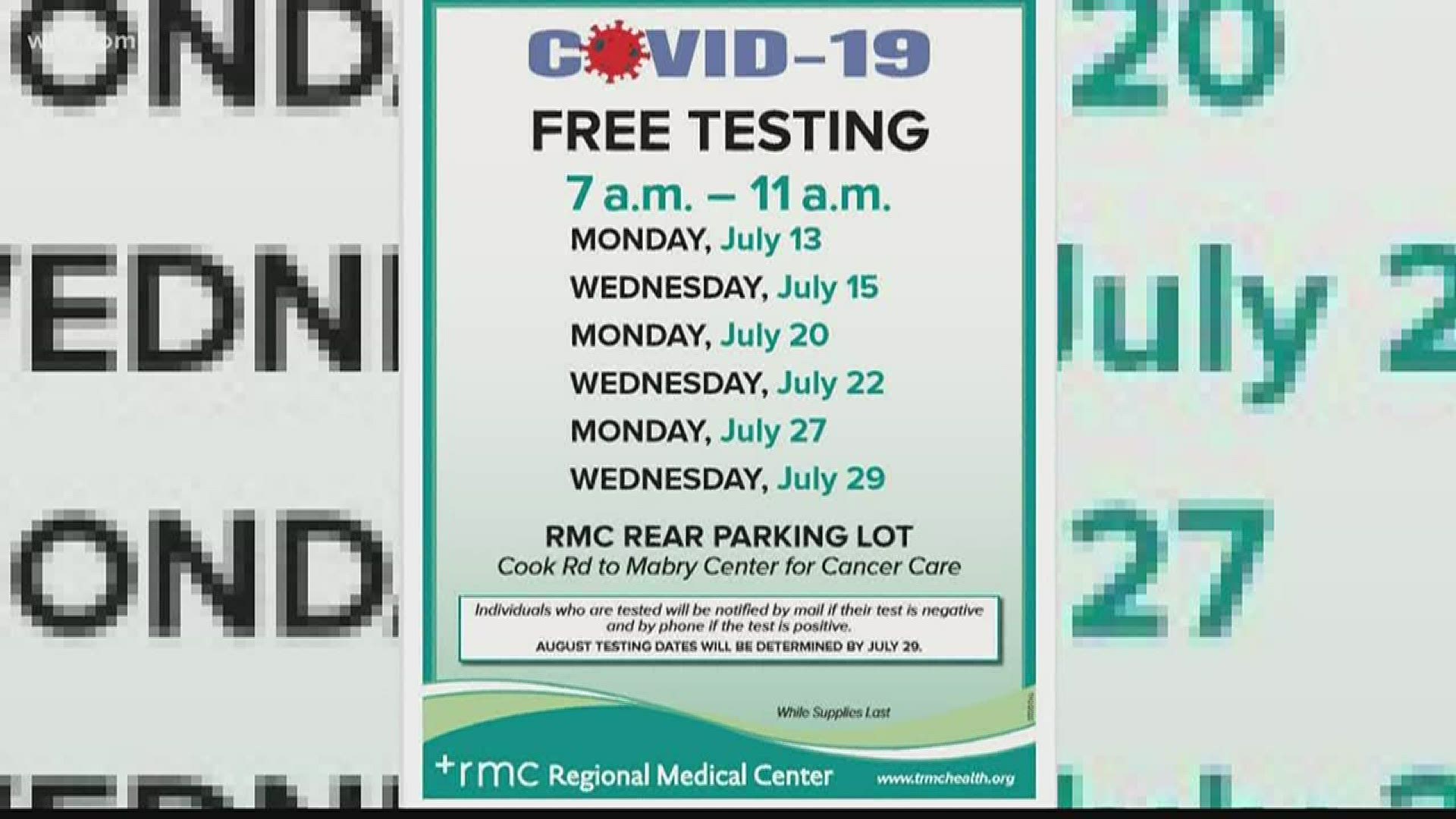 ORANGEBURG, S.C. — With a surge in coronavirus cases across the state. rural areas like Orangeburg County are continuing to step up the coronavirus testing.

"[The Regional Medical Center] has testing on Mondays and Wednesdays for this week and the next couple of weeks," says Harold Young, Orangeburg County Administrator.

The testing will be at the following locations and times:

"We also have MUSC and we will have a testing event that’s geared toward those that can’t make it during the day and that testing starts at 2 p.m. and ends at 7 p.m."

New numbers released from DHEC show four out of the thirteen new deaths in the state came from Orangeburg county along with 52 of the new confirmed cases.

Young along with Todd Williams, Division Director of County Risk Management, explains the current state of the hospital.

"Approximately 45 people are in there with the capacity of 50 with numerous people waiting in the emergency room for beds on the COVID floor," says Williams, "Our emergency medical services is transporting patients left and right."

A significant increase in case and Young explains that the surge has been tracked through seven day increments.

"We had a low daily average number of cases and now we are up to a reported number of positives as of July we have been in the fifties and sixties," says Young. "Orangeburg county TRMC not only has the responsibility of handling Orangeburg county but Calhoun county, whose seven day average is rising, Barnwell county whose seven day average is rising as well as Bamberg county. These are stats giving to us by the Lower Savannah Council of Government and it shows you why testing and mask are so important."