She coughed in someone's face and her video went viral. Now she's lost her job.

A Scottsdale woman was seen on video coughing on customers at a Nebraska grocery store. 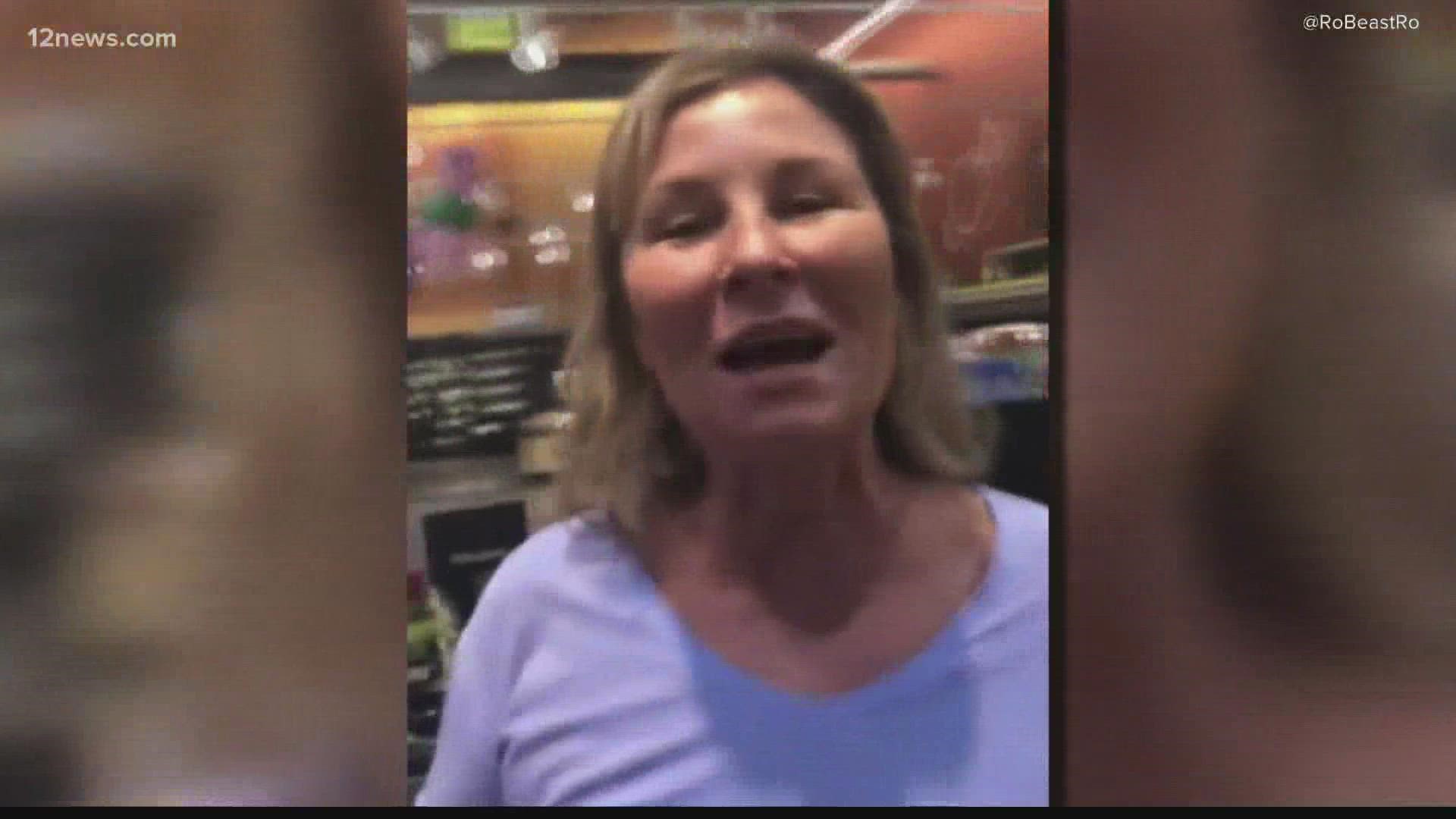 SCOTTSDALE, Ariz — Editor's note: As the woman in this video has not been charged with a crime, 12 News is choosing not to identify her by her full name.

A Valley woman is going viral after she was caught on camera intentionally coughing on customers at a grocery store.

The woman who recorded the video initially posted it on Reddit. She said she and her child were grocery shopping in Lincoln, Nebraska when a woman approached them asking why they were wearing masks.

There is a mask mandate in effect in Lincoln.

She posted that the woman then called them "sheep" and started coughing at them.

“Two years ago, before everyone started talking about COVID, you were okay going out not knowing if people were sick right?” said the woman on camera.

The video was then shared on TikTok and Twitter where it racked up millions of views. Eventually, someone identified the coughing woman as a Scottsdale woman named Janene.

12 News attempted to speak with the woman at her home and over the phone but were unable to reach her.

SAP, the woman's employer, confirmed it was investigating the situation and later posted to Twitter that she no longer works there.

We have reviewed the incident and can confirm that the individual in question no longer works for SAP.

This is not the first COVID-19 conflict linked to the Valley.

In December, an anti-mask protest made its way through the Christown Walmart and Target.

Another man had a tirade at Sprouts in Tucson.

"One thing that we see very often is claiming that it goes against my right, my freedom, it's restricting my freedom," said communications expert Eric Bailey. "Which is the same argument from the 1960s when there were federal seatbelt mandates."