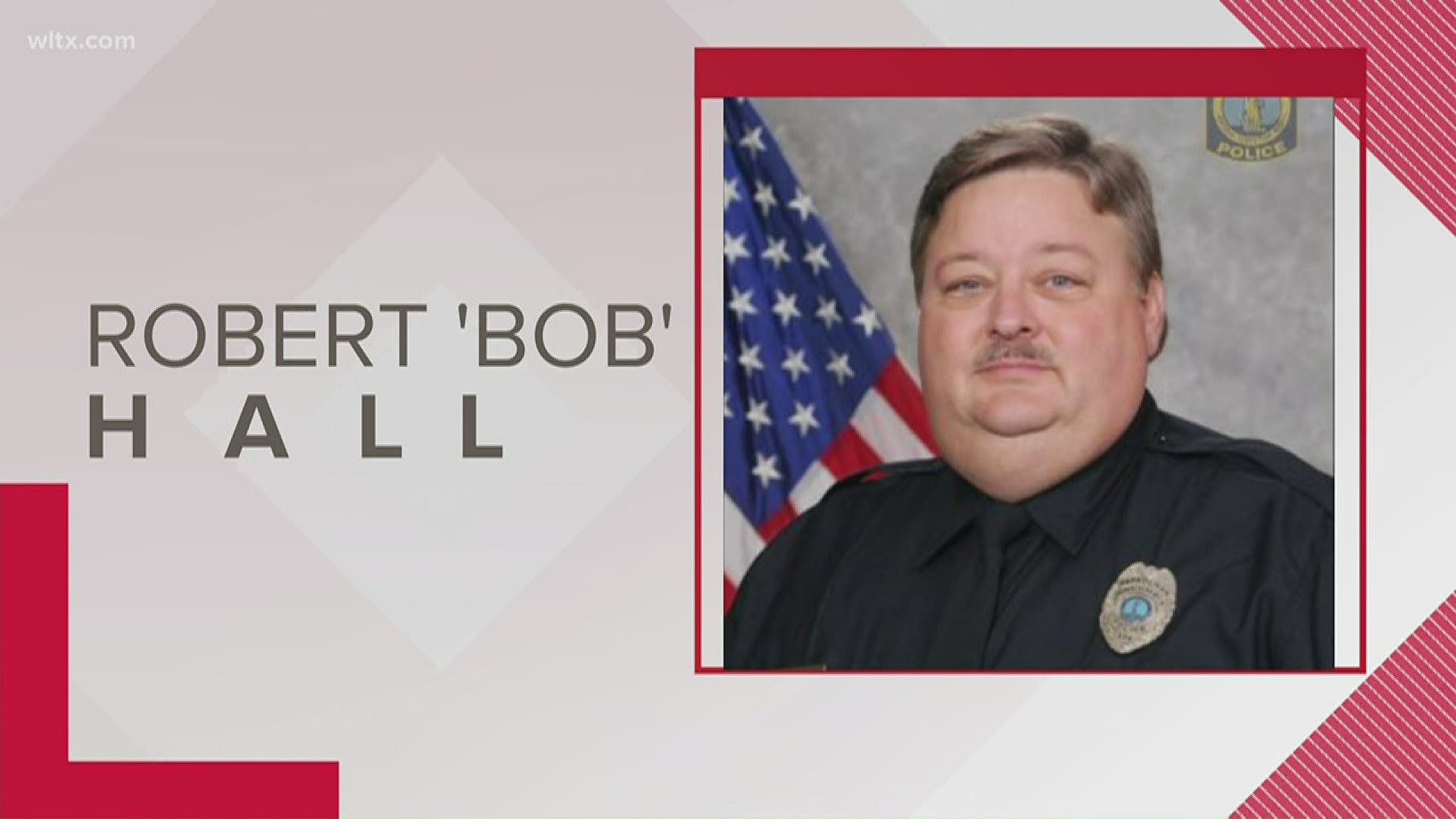 COLUMBIA, S.C. — A Columbia Police Officer has died from complications due to COVID-19.

After receiving medical treatment at Baptist Hospital since July 5, 2020, Hall, a died from complications due to COVID-19.

Prior to becoming ill, he was a valuable part of Columbia Police Department (CPD) Special Events Unit under the Special Operations Bureau, assisting the public with traffic control and security during special events to include parades, marathons, and festivals, and most recently, hostile protests at CPD Headquarters on May 30 and 31, 2020.

Chief Holbrook said, “Officer Robert “Bob” Hall exemplified everything that is expected out of a 21st Century police officer – service before self, professionalism, integrity, and compassion. Hall served with distinction and honor for more than three decades and has left a lasting legacy at the Columbia Police Department. He will be greatly missed. I ask for everyone’s continued prayers for Bob’s family and the CPD family.”

Hall, originally from Cayce, joined the CPD in June 1985 and retired in September 2008, only to return to the law enforcement career he loved two months later.

“The lives and dedication of our Columbia Police officers are always a direct indication of their devotion to providing for the safety of our Columbia communities, and now even more so as these incredible public servants serve on the front lines during the COVID-19 health crisis,” said City of Columbia Mayor Steve Benjamin. “I want to thank Officer Robert Hall for his years of service committed to the protection and well-being of our City, and express my deepest wishes for consolation to his fellow officers and his family, and know his presence will be missed.”

Hall first became a police officer in 1983 in the Town of Cayce. During his tenure with CPD, Hall was a patrolman having served the public in North, South and West Regions of the City of Columbia, and a member of SWAT (Special Weapons and Tactics Team). MPO Hall held several outstanding instruction certifications for the following: firearms, emergency police vehicles, traffic radar, DataMaster field sobriety testing, among others.