From the first case to today, COVID-19's impact in Camden one year later

One of the first coronavirus cases in South Carolina arrived in the City of Camden. News 19 takes a look back and the impact and where things stand today. 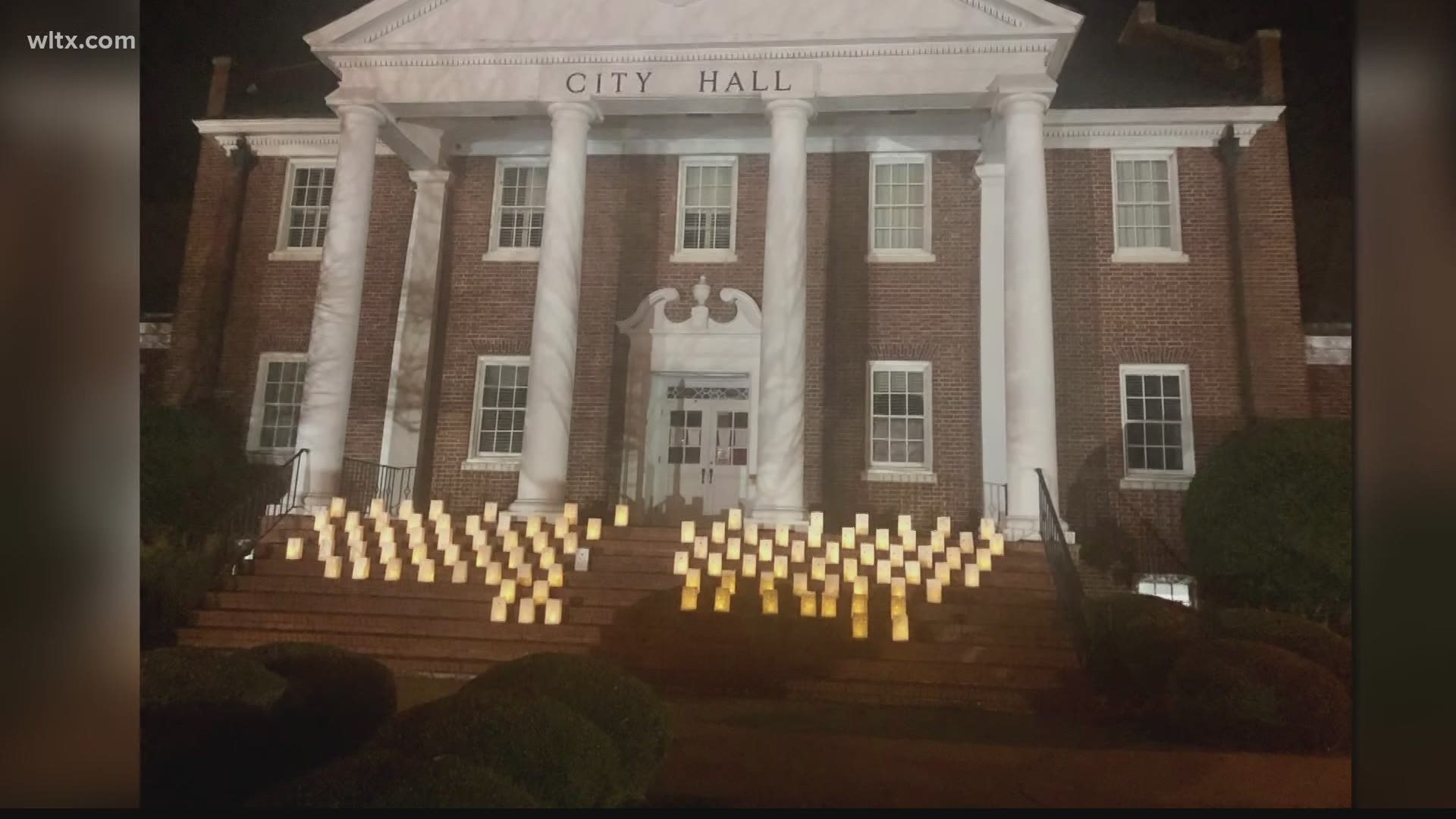 CAMDEN, S.C. — The steps of Camden City Hall shone this week from the light of more than 100 luminaries -- one light for each life lost in Kershaw County to COVID-19.

“Every time I hear of a death in Camden, Kershaw County, my heart hurt because I know that the majority … died alone,” Camden Mayor Alfred Mae Drakeford said.

She still remembers the day when one of the first cases in South Carolina arrived in the City of Camden.

“It was scary,” Drakeford said. “Where did this come from? We started asking questions trying to figure out because you never know who the people are that’s actually affected and where they had been.”

Those answers didn’t come quickly enough, however, as the virus continue to spread.

“We start cancelling everything,” Drakeford said.

Separation was a temporary fix that had its own consequences.

“I have never seen so many people that’s looking for assistance,” Drakeford said.

On the frontlines was Darlene Thomas with Food for the Soul, providing food and housing to those in need.

“Originally, prior to the pandemic, we just had two outreach locations. Due to the pandemic and the desperate need for food, we are now at seven locations,” Thomas said. “The economy they say is starting to recover, but for whatever reason, it’s just not recovering quick enough.”

While the need for food has continued, other things have improved.

It’s now nearly one year later and many businesses are back open, tourism has increased, and the city is looking forward.

“It makes me happy to know that things are looking up in a way that we can actually start planning again,” Drakeford said.

However, there’s still work to be done as vaccine access remains limited and the virus continues to spread.

Mayor Drakeford is encouraging safety measures like mask wearing and social distancing now in the the hopes that the days ahead will be better.