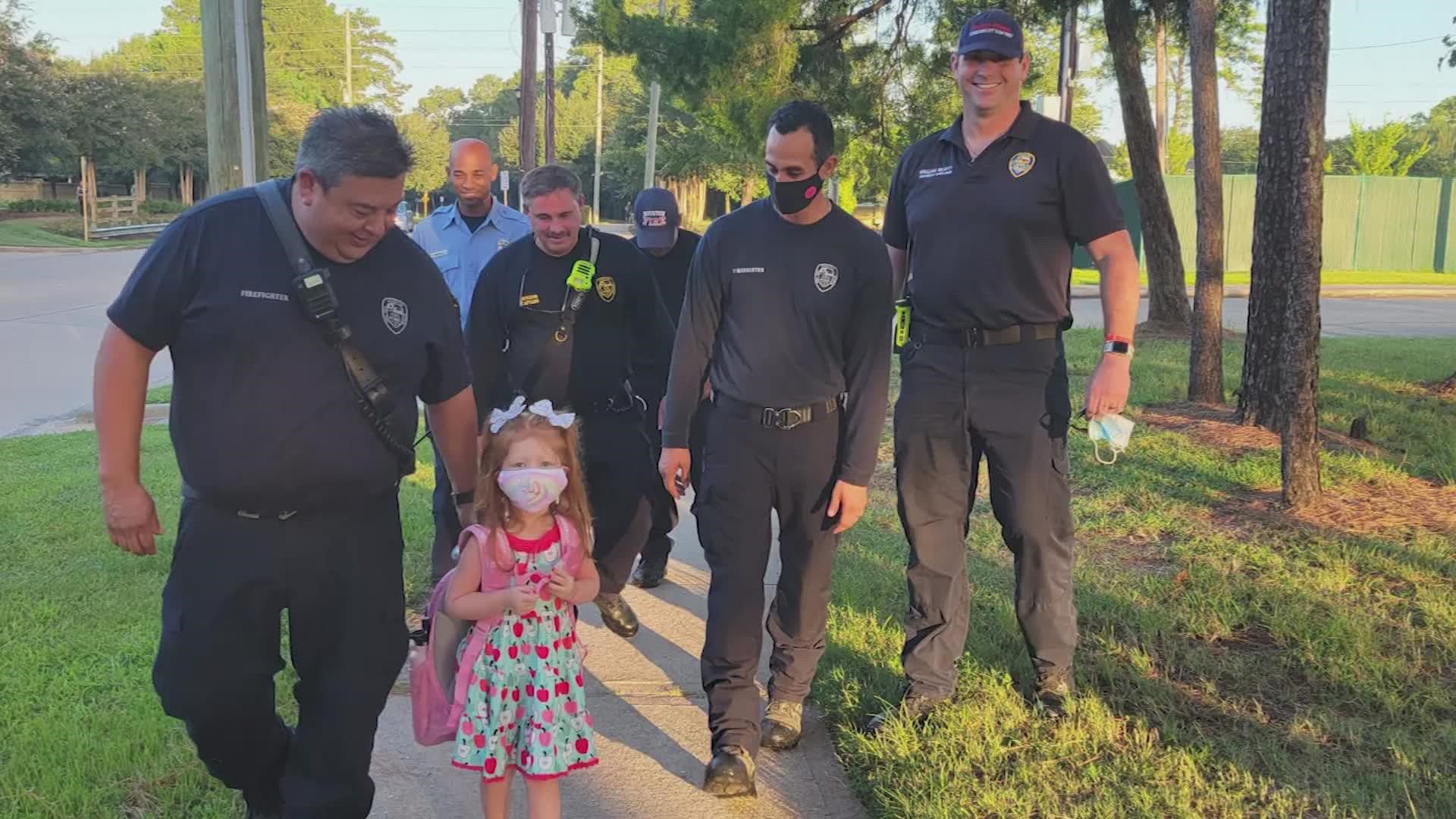 "Everything he does, she wants to do. He's definitely her hero," said Caitlin Davis, Caroline's mom.

Caroline's dad, Wayne Davis, is a Houston firefighter at Station 11.

"When he is at the station, they have a ritual every night at 8 p.m. He calls and FaceTimes with her before bed time," Caitlin Davis said.

The virus kept him away from Caroline's first day of kindergarten.

"When he realized he wasn't going to be there, it really upset him," Caitlin Davis said.

So on Monday at Sampson Elementary in Cy-Fair ISD, Davis' firefighting family knew what they had to do.

"We knew how bad he wanted to be there," said engine operator William Beatty. "She looked like she had her own Secret Service coming across the street."

His Station 11 crew made sure Caroline wasn't alone when it mattered most.

"When she saw us, her eyes lit up," said firefighter Anthony Abbott. "She started telling us about her clothes, her sparkly shoes, her backpack."

Caroline's dad watched it all from his hospital bed.

"We FaceTimed while we were walking up so he could see that his guys were there with his daughter walking her in for the first day," Caitlin Davis said. "It was emotional, because he cried."

Two days later, Mom said it's still all little Caroline can talk about.

"This morning in car line, she even made me show her the pictures all over again," Caitlin Davis said.

It's a memorable start to a new school year, and now this family prays and hopes Dad can come home soon.